But he brought up another problem - the prices were off. He was frustrated that customers were seeing incorrectly low prices. A pizza that he charged $24 for was listed as $16 by Doordash.

My first thought: I wondered if Doordash is artificially lowering prices for customer acquisition purposes.

My second thought: I knew Doordash scraped restaurant websites. After we discussed it more, it was clear that the way his menu was set up on his website, Doordash had mistakenly taken the price for a plain cheese pizza and applied it to a 'specialty' pizza with a bunch of toppings.

My third thought: Cue the Wall Street trader in me…..ARBITRAGE!!!!

If someone could pay Doordash $16 a pizza, and Doordash would pay his restaurant $24 a pizza, then he should clearly just order pizzas himself via Doordash, all day long. You'd net a clean $8 profit per pizza [insert nerdy economics joke about there is such a thing as a free lunch].

He thought this was a stupid idea. "A business as successful a Doordash and worth billions of dollars would clearly not just give away money like this." But I pushed back that, given their recent obscene fundraise, they would weirdly enough be happy to lose that money. Some regional director would be able to show top-line revenue growth while some accounting line-item, somewhere, would not match up, but the company was already losing hundreds of millions of dollars. I imagined their systems might even be built to discourage catching these mistakes because it would detract, or at a minimum distract, from top-line revenue.

So we put in the first order for 10 pizzas.

I had to smile when I read this article because it is almost the exact plot line from an episode of HBO’s Silicon Valley Mrs. Treacy and I watched over the weekend but from two years ago. Start-ups lighting money on fire is about as clear a sign of bubbly activity one might wish for.

There is no reason to believe the Fed is not going to do just that. Jerome Powell stated over the weekend that he expects economic recovery to be jerky and ruled out a v-shaped bounce. Meanwhile China locked down 100 million people in the northeast of the country in an effort to contain a growing outbreak.

Economies in Europe are desperate to reopen for summer, not least because of southern countries’ reliance on the tourism industry. The lack of household air conditioning in most of the continent is an additional issue which will force many people out of their homes. That represents a clear risk of additional outbreaks across the continent before a vaccine becomes available, probably sometime next year for the wider population.

For now, the actions of central banks are saving both weak and steady companies in equal measure. I agree with Howard Marks, this is not going to last indefinitely. However, it will last as long as liquidity is being poured into markets. When it stops, there will be a surfeit of zombies ripe for bankruptcy. 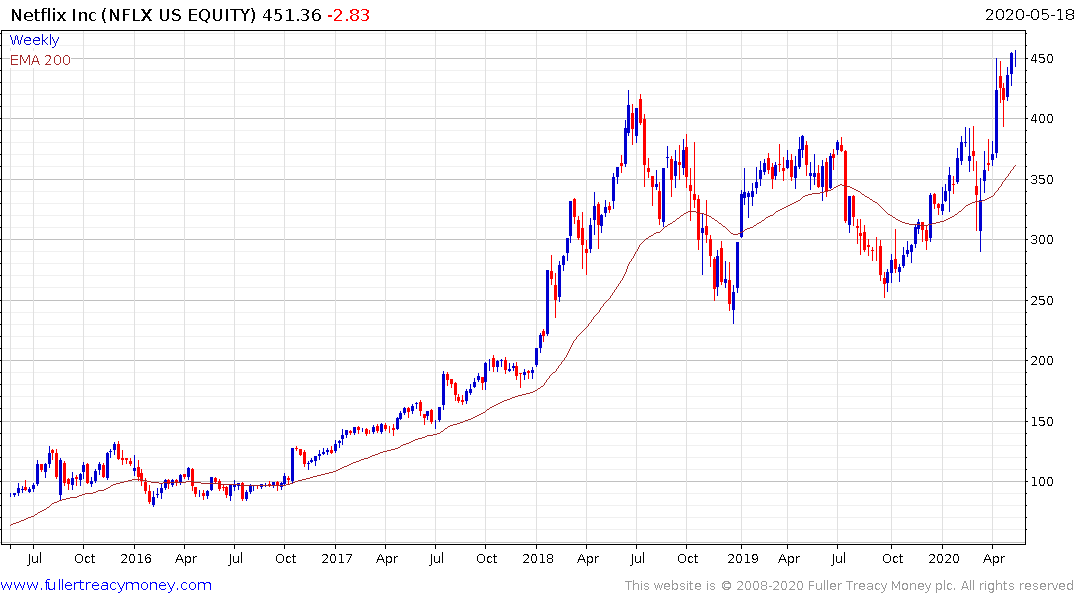 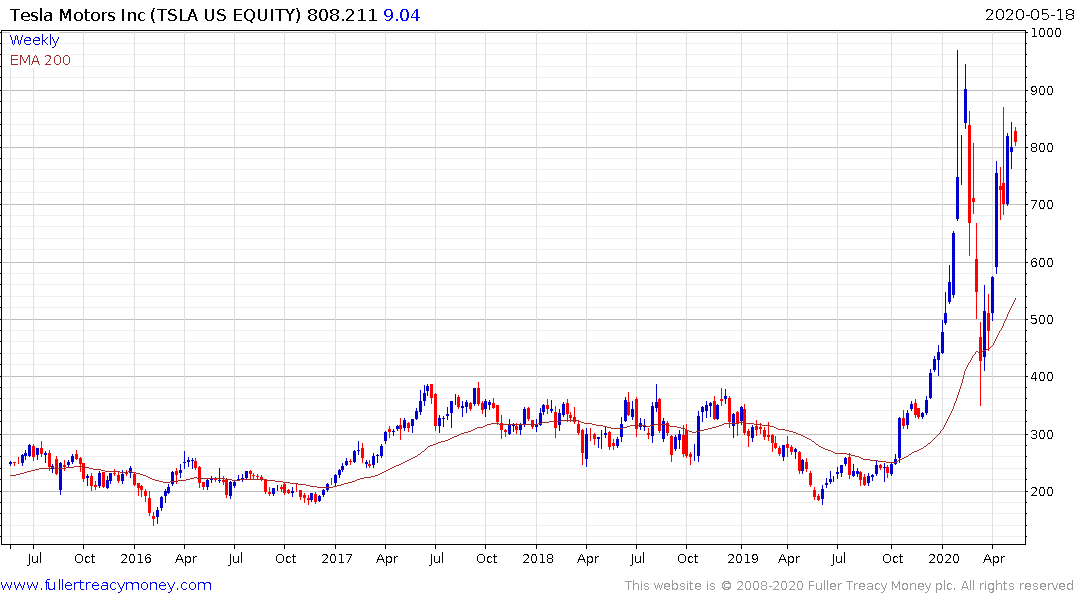 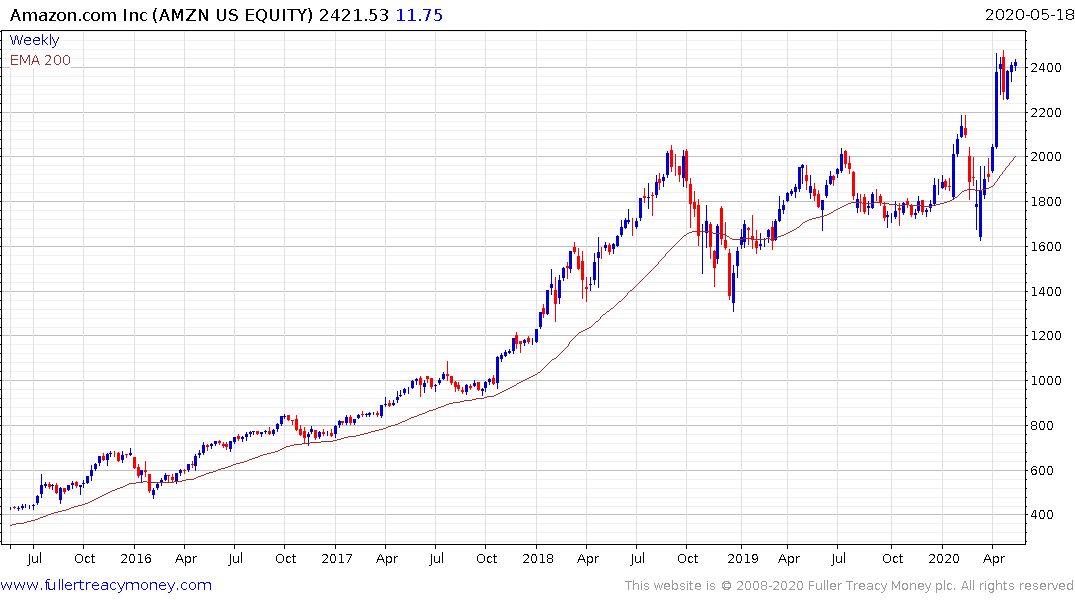 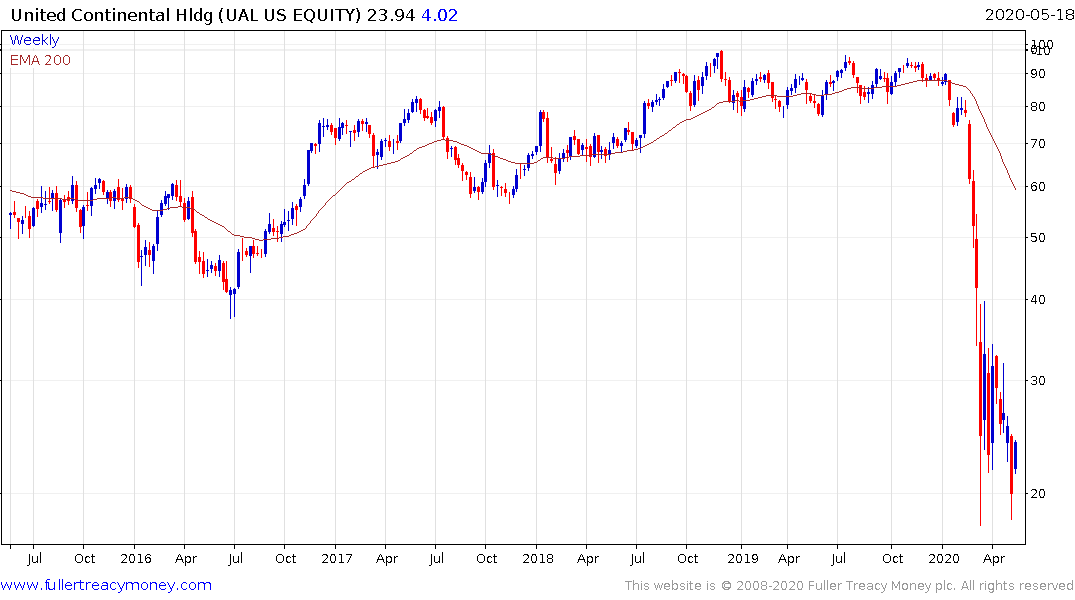 At the other end of the spectrum, the potential for a vaccine could be a saviour for the tourism industry and at least suggest a low for the sector. 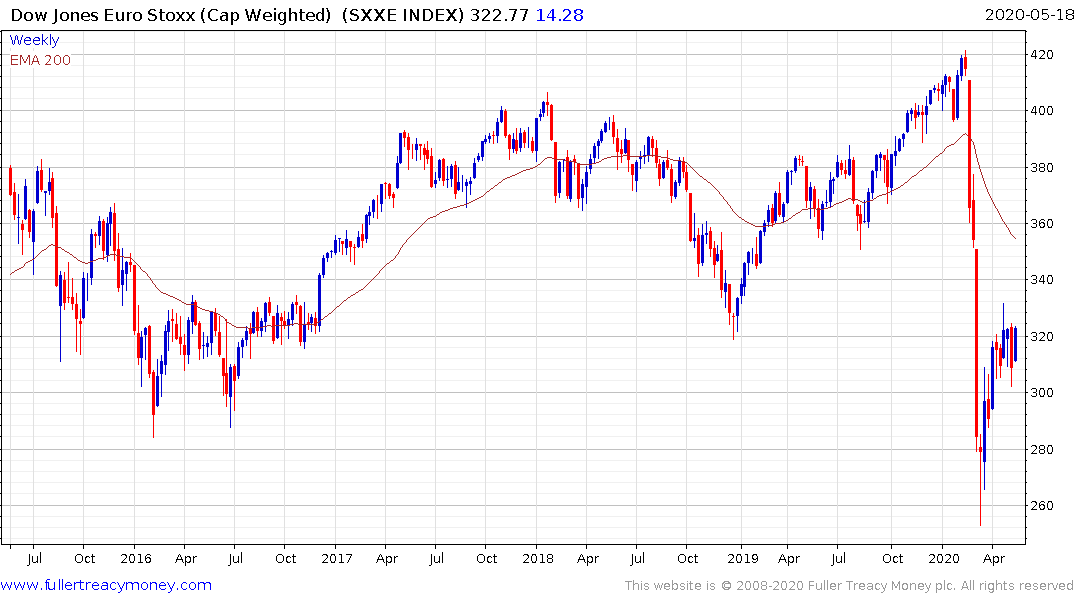 The Euro STOXX Index jumped from the lower side of its six-week range today to confirm a near-term low.