"We’re expecting a bit of dollar rebound," said Peter Dragicevich, a foreign-exchange strategist at Commonwealth Bank of Australia in London. "The baseline for the Fed is still for two hikes. We’ve had some negative prints off the China data, that’s weighing on the commodity currencies."

The greenback has pared its 2016 decline on signs the move had become overdone and as policy makers including New York Fed President William Dudley restate plans to raise rates. The dollar has rallied during the month of May for nine of the past 10 years.

The rebound hasn’t stopped hedge funds from extending their bearish bets on the dollar. Speculators extended so-called net- short positions on the U.S. currency versus eight major currencies to the most since April 2014, according to the most recent figures from the Commodity Futures Trading Commission.

Hedge funds’ bearish dollar bets against the yen held near their April peak, which was the highest in data going back to 1992. Speculators have turned "extremely bearish on the dollar,"

The Dollar extended its rally today against a broader swathe of international currencies not least the Yen and Rand. That is supportive of the view that it had already priced in more than short-term worries about the pace of growth and was assuming there was no chance of a hike this year. Right now there is some repricing a potential Fed rate hikes. 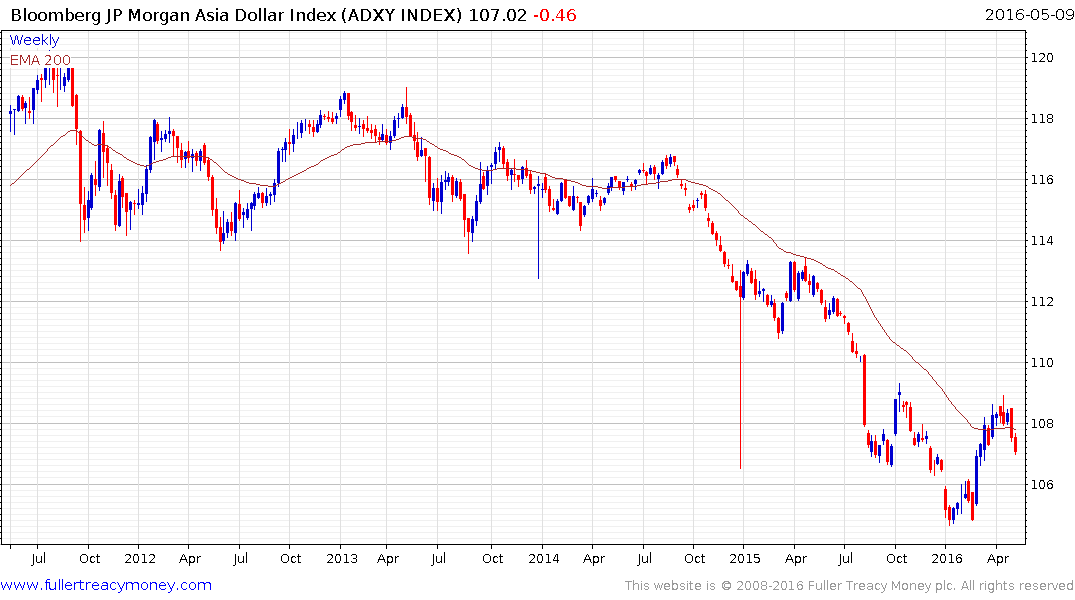 The Asia Dollar Index is pulling back from the region of the trend mean, following an impressive rebound from the January low. It will need to hold the 105 area if support building is to continue to be given the benefit of the doubt. 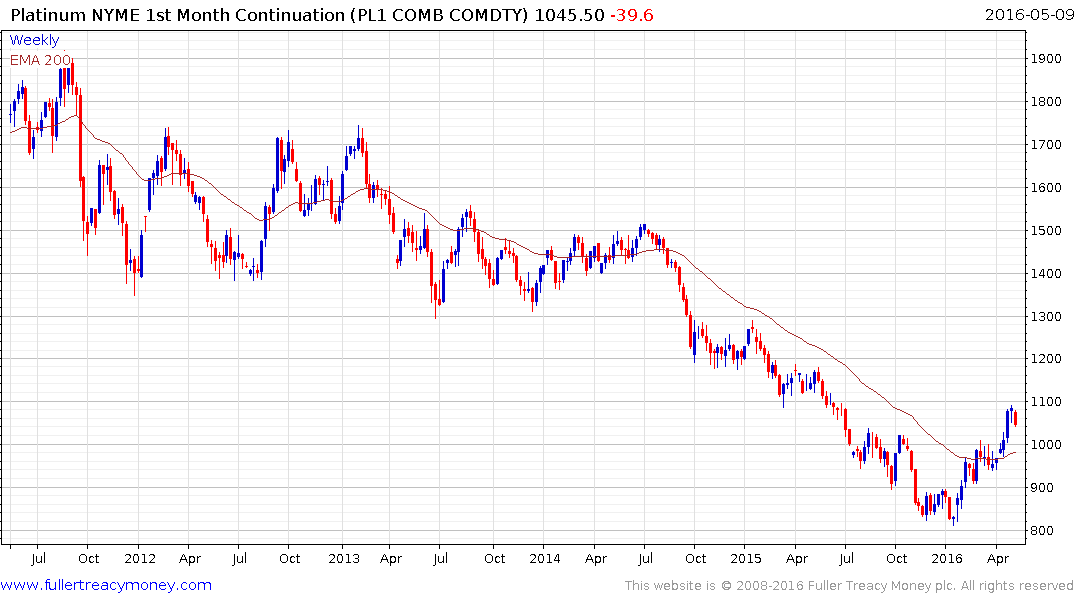 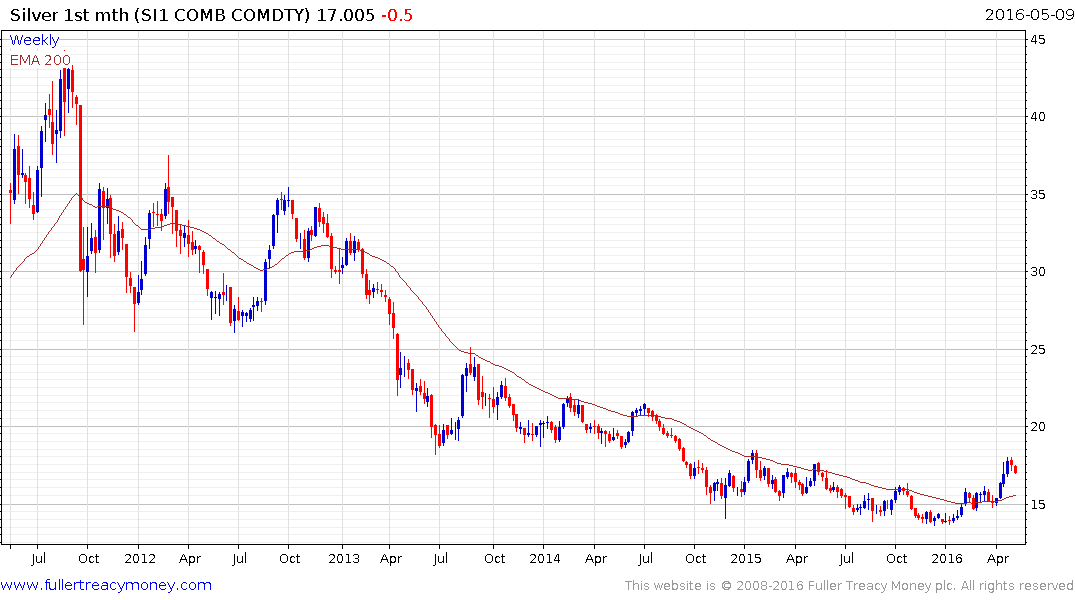 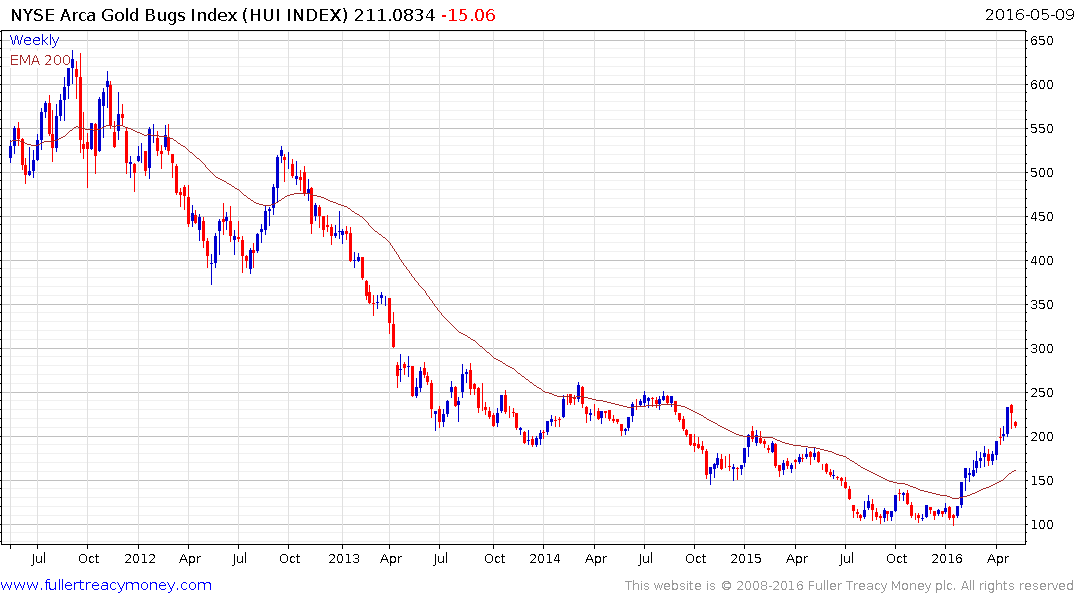 With the Chinese commodity markets tightening margin requirements, and the Dollar rallying, the precious metals markets pulled back sharply today. Previous outperformers like silver, platinum and gold miners are now unwinding short-term overbought conditions suggesting our old maxim of “don’t pay up for commodities” is as true now as at any time in the last decade. That also suggests the time to start getting interested again is once these reactions have lost momentum and closed their overextensions relative to the trend mean.