The dollar sank to its lowest level since May 2018 on concern that the world’s biggest economy will struggle to regain momentum amid a standoff over further virus relief and as infections continue to mount.

The greenback has now erased most of the gains it built on the back of U.S.-China trade tensions that started heating up around two years ago, fueling worries about global growth prospects. This time investors see the U.S. as the potential laggard amid questions over the government’s response to the pandemic. The euro climbed to a two-year high, extending its advance since last month’s landmark European Union stimulus package brightened the region’s prospects relative to the U.S.

The dollar has been on the defensive since mid-year, with U.S. lawmakers unable to agree on measures to support the economy’s recovery from the pandemic, and with the nation’s real yields dropping to multiyear lows. On top of all that, investors’ attention is turning to the November presidential election and the uncertainty that may bring.

The primary argument to support US Dollar strength over the last few years was supply related. The Federal Reserve was raising interest rates and simultaneously reducing the size of its balance sheet.

Never mind whether that was a contributing factor in the pop in high yield spreads at the end of 2018 or the freezing up of the repo market in the autumn of 2019. The supply deficit was a central factor in boosting the value of the Dollar simply because there were fewer of them around. The situation could not be more different today. 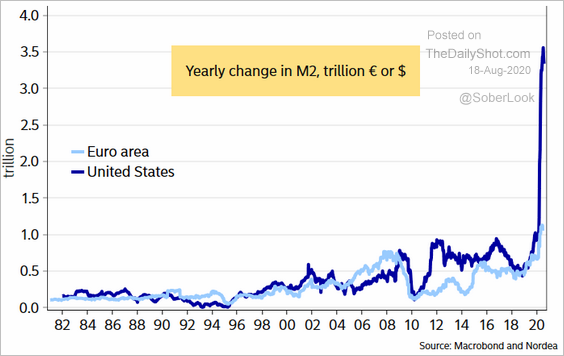 The USA has been much more aggressive in boosting money supply than any other country. The Fed’s additional $3 trillion to its balance sheet almost equals the printing of every other major central bank combined. 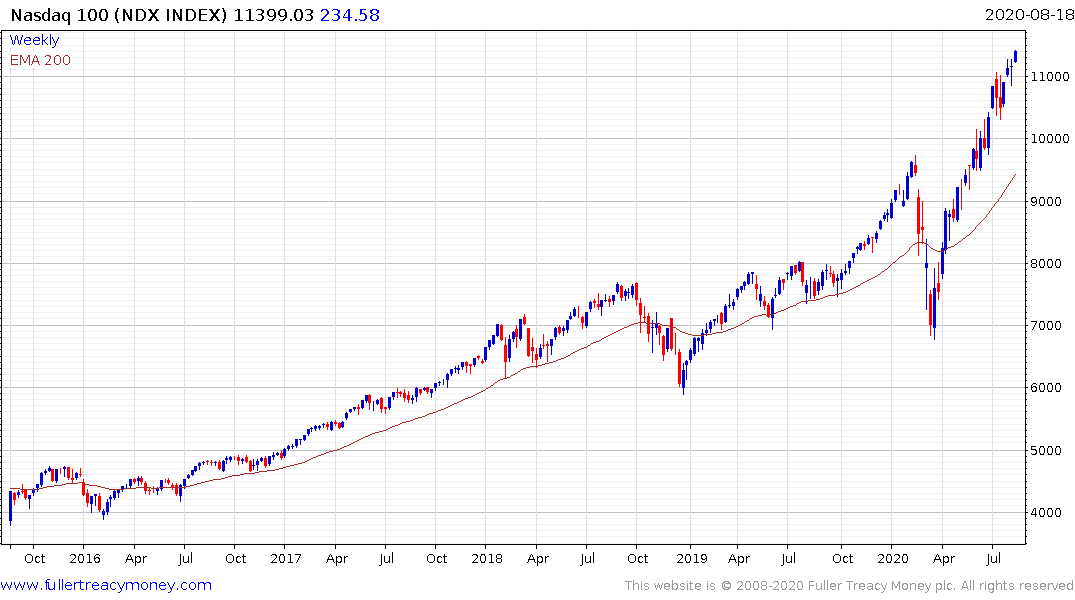 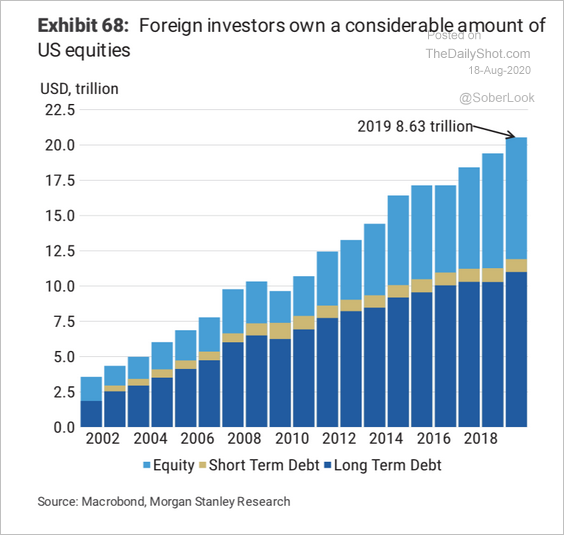 The rebound in technology shares and multiple stay-at-home success stories have been central to global demand for US stocks which are now close to historic highs. While that represents demand for Dollars, the supply surge is overwhelming even that argument to contribute to the downtrend. 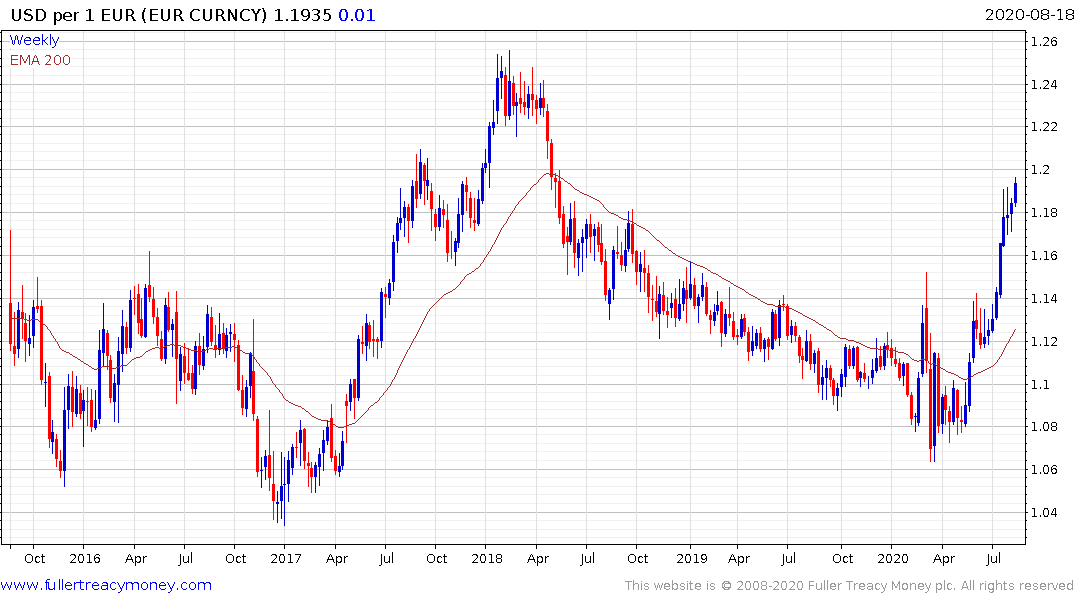 The Euro is testing the psychological $1.20 area but no one really believes the ECB is going to print enough to compete with the Fed’s profligacy. A break in the sequence of higher reaction lows would be the minimum requirement to question potential for additional Euro strength.

It is looking increasingly likely that we are seeing a significant change of trend of the Dollar. That should be beneficial for European equities and they have now broken the inverse correlation with the Euro. That is a significant event because it encourages international investors to participate. 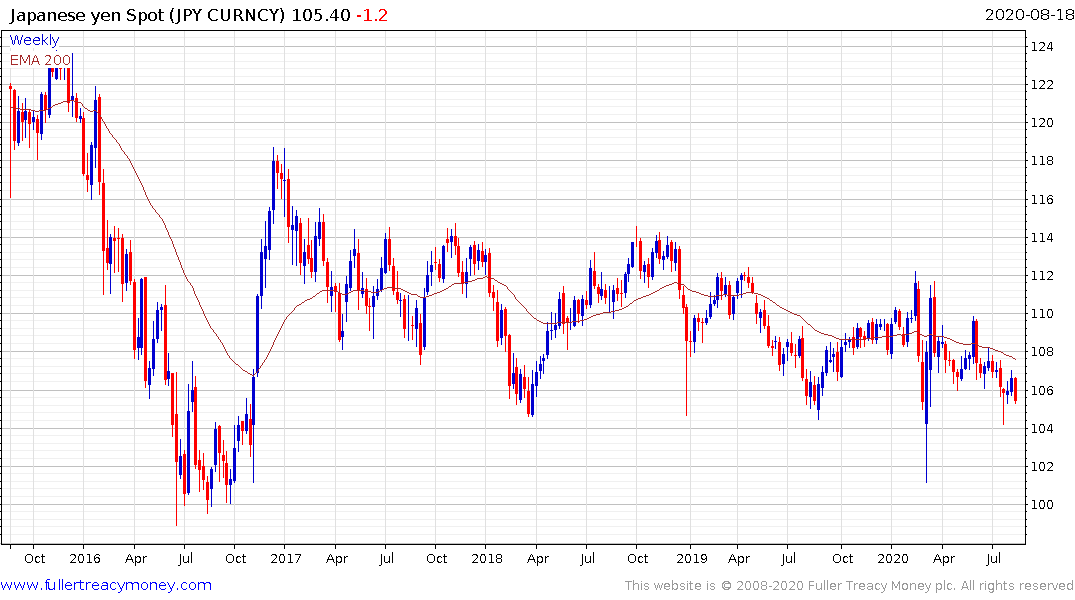 The big looming question is how much conviction the Bank of Japan has in its efforts to avoid Yen appreciation. The ¥104 level could be tested this week or next and usually results in BoJ intervention. Japanese stocks have yet to break the inverse correlation with the Yen.

Emerging markets with currencies that are at least holding steady or appreciating versus the Dollar are likely to be the chief beneficiaries, not least because their Dollar denominated debt will become less burdensome. 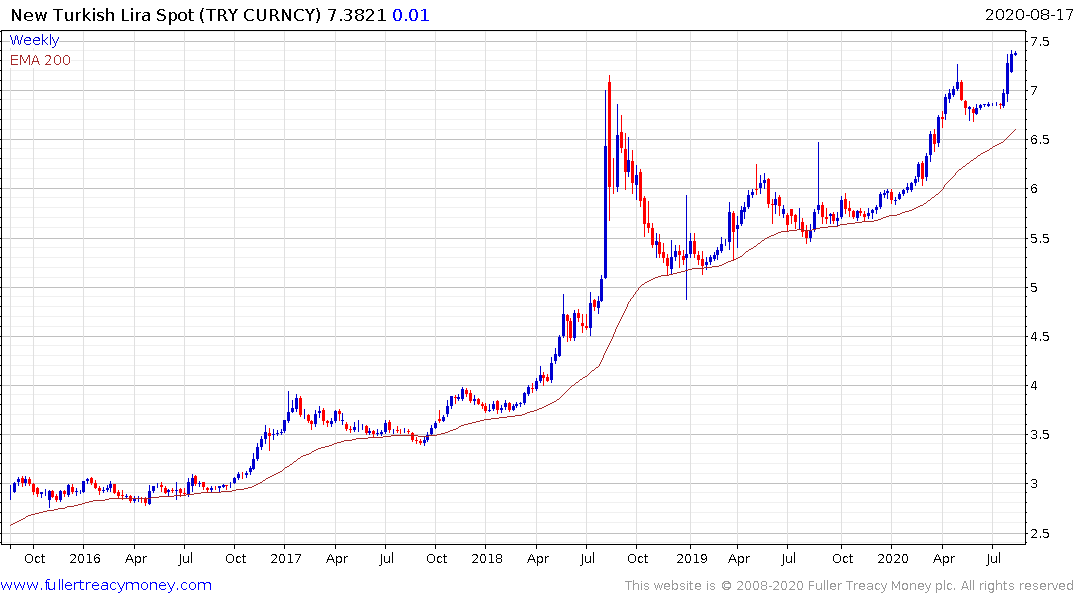 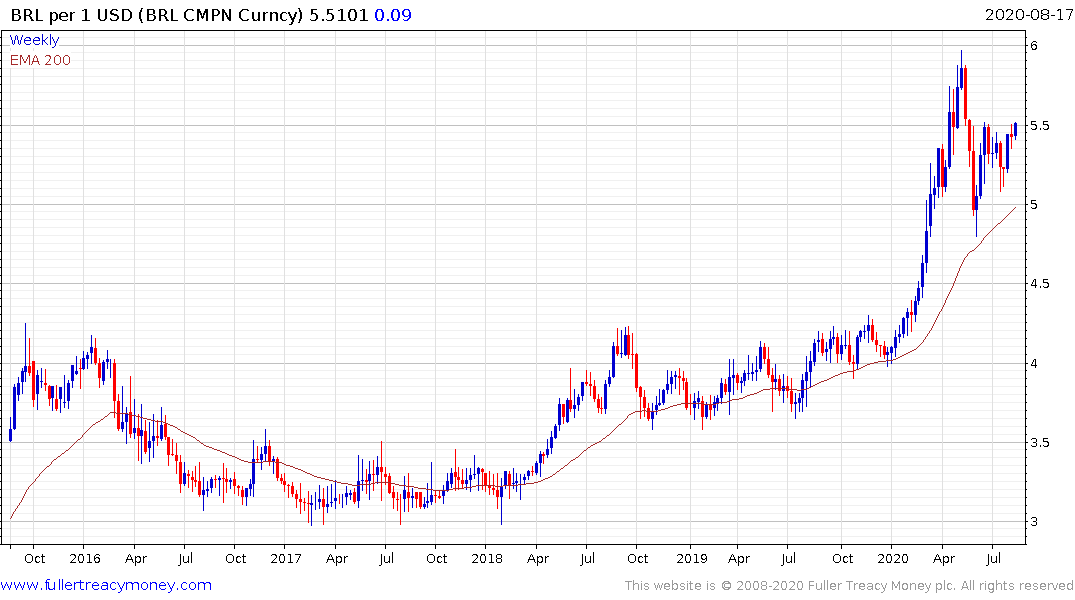 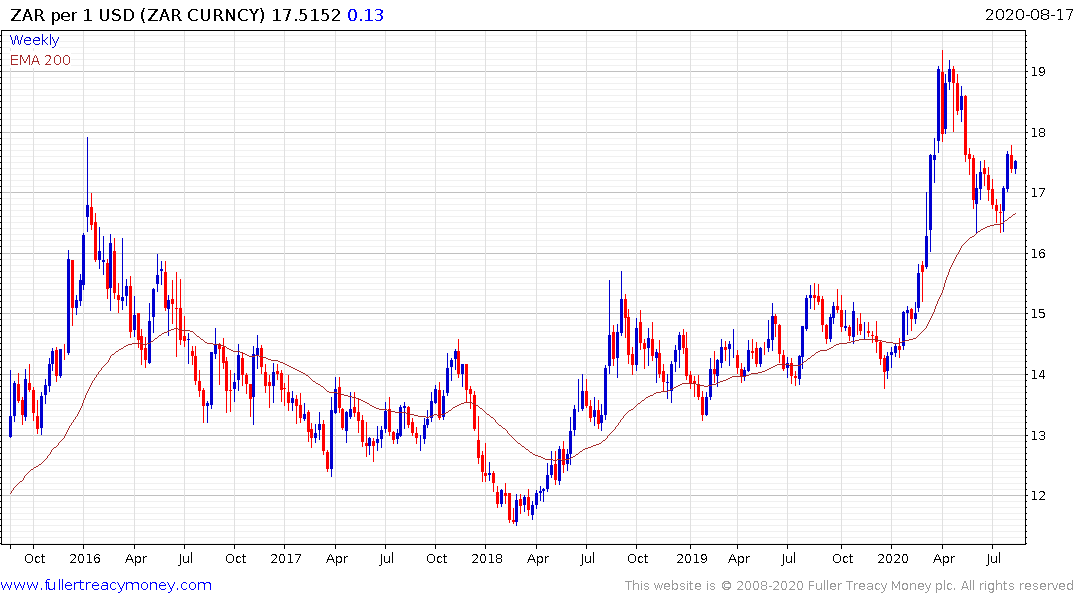 The problem areas remain Turkey, South Africa and Brazil. Their currencies are even weaker than the Dollar which is multiplying the challenge from Dollar liabilities.