The water deficit could spur a further drop in crop ratings when the U.S. Department of Agriculture updates its weekly condition scores Monday afternoon, Paris-based adviser Agritel said in a note.

Spring wheat in Minneapolis and canola trading on ICE Futures U.S. both rose for a seventh straight trading day, gaining as much as 4.1%.

Corn settled the U.S. trading day up 5.4% at $5.4725 a bushel amid concerns over a lack of upcoming rains in key growing regions. Soy oil surged as much as 5.6%. The markets had plunged Friday after a U.S. Supreme Court ruling stoked concern that upcoming biofuel policy proposals could crimp demand for the crops used to make “green” liquid fuels.
“Last week’s sell-off was overdone, especially on the Supreme Court ruling,” Arlan Suderman, chief commodities economist at StoneX, said in an email. “The market also took the weekend to assess rainfall over the past 10 days, and found it came up short for much of the northwestern crop belt. That added up to a buying opportunity in the eyes of many traders.”

Soybeans and hard winter wheat both increased almost 4% in Chicago intraday trading.
August hogs jumped by as much as 3%, buoyed by hopes China’s move to replenish pork reserves will translate to more exports of U.S. meat to Asia. American hog futures had dropped last week to the lowest levels since April, in part on worries that pork exports to China were set to fall as the herd there
recovered.

In other markets, arabica-coffee rose for the second day in a row on ICE Futures U.S. in New York amid a forecast for freezing temperatures in some Brazilian growing areas, according to weather forecaster Somar Meteorologia.

The pandemic represented a shock to the global supply chain for most commodities. Transportation networks shut down, restaurant demand evaporated and consumers stockpiled. Farmers’ production schedules were upset and the net effect is stockpiles of vital good commodities were reduced. This year’s freezes, floods and now droughts have added an additional element of uncertainty to the market. 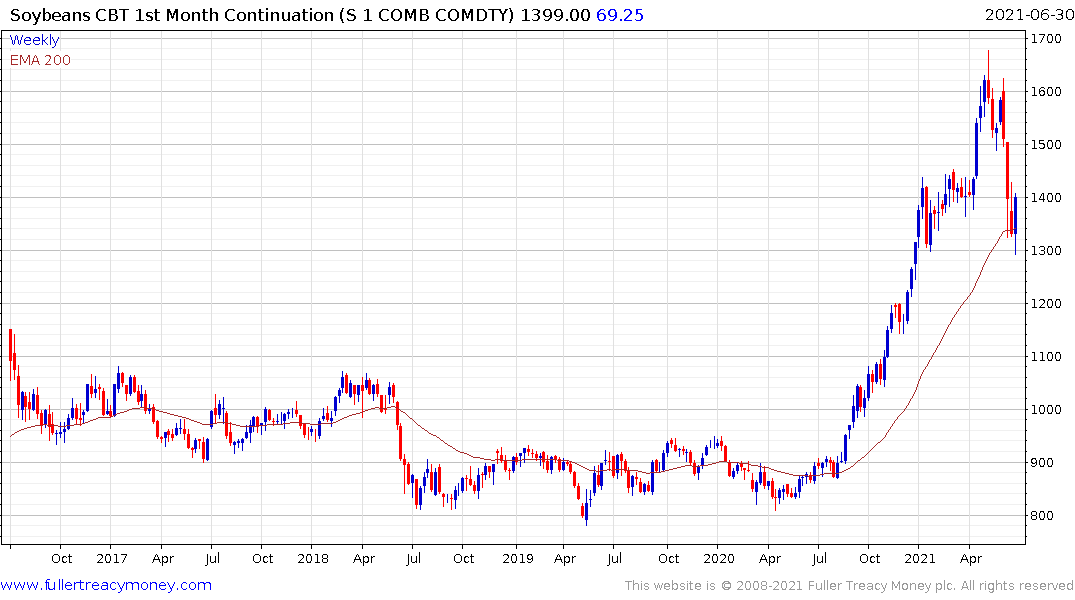 Soybeans rebounded in a dynamic manner from the region of the trend mean today. That suggests a low of at least near-term and potentially medium-term significance. 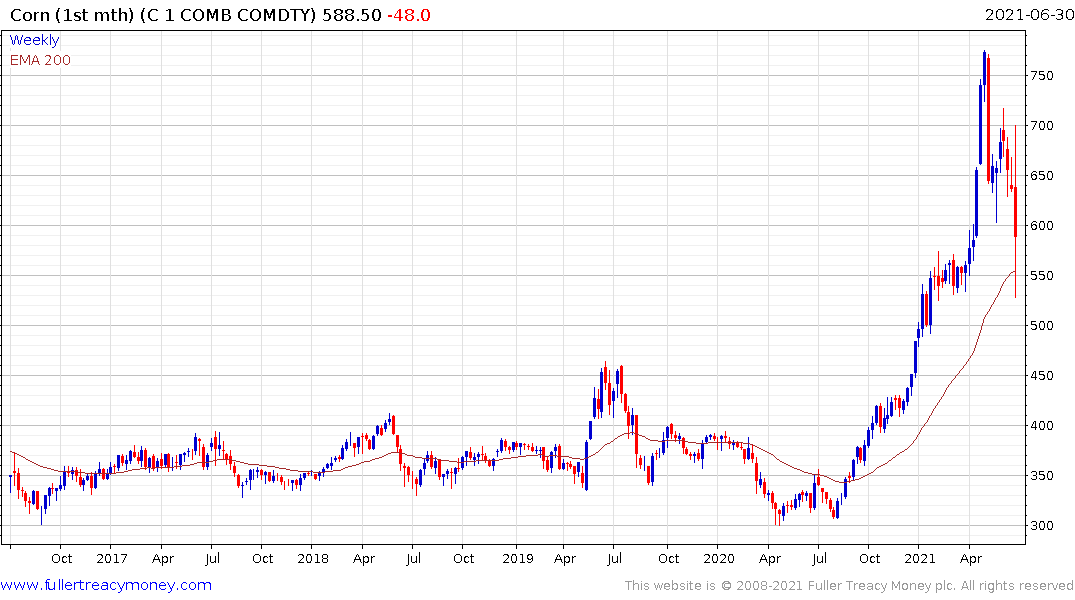 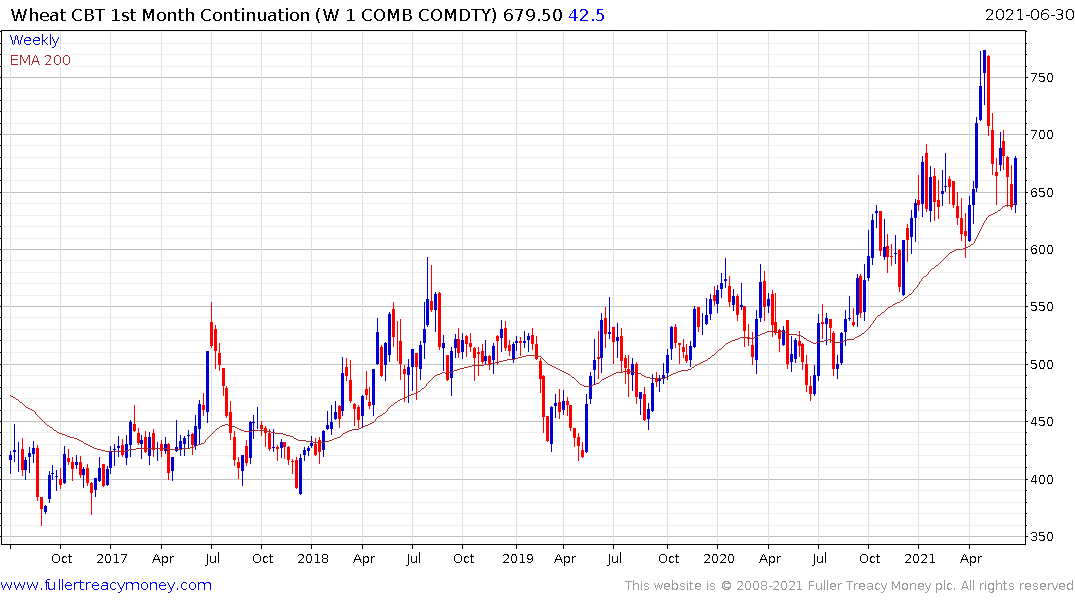 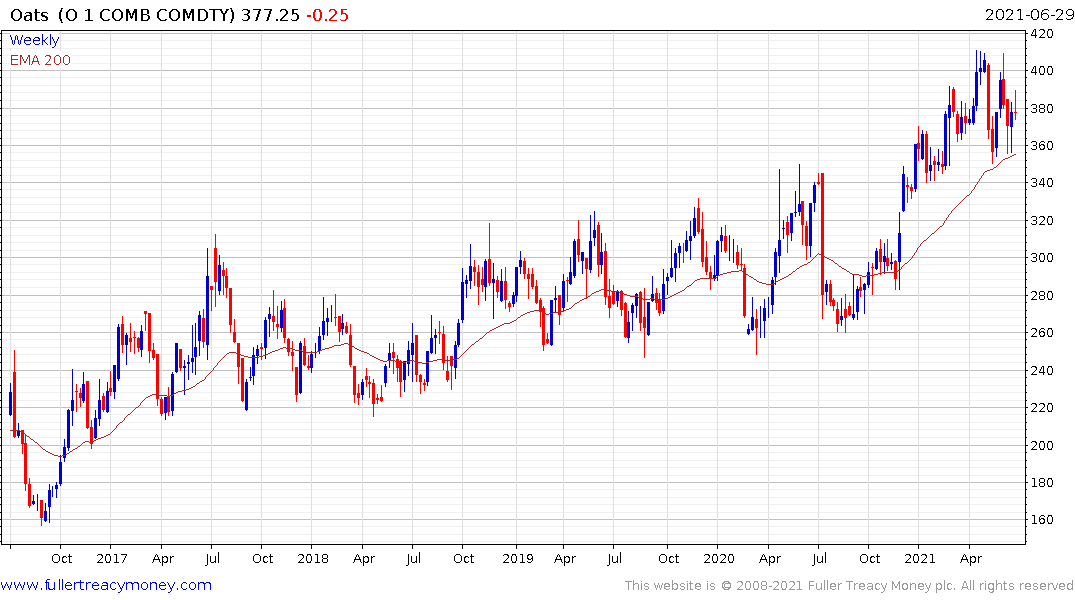 Corn and wheat had similar rebounds and oats continues to lead on the upside. 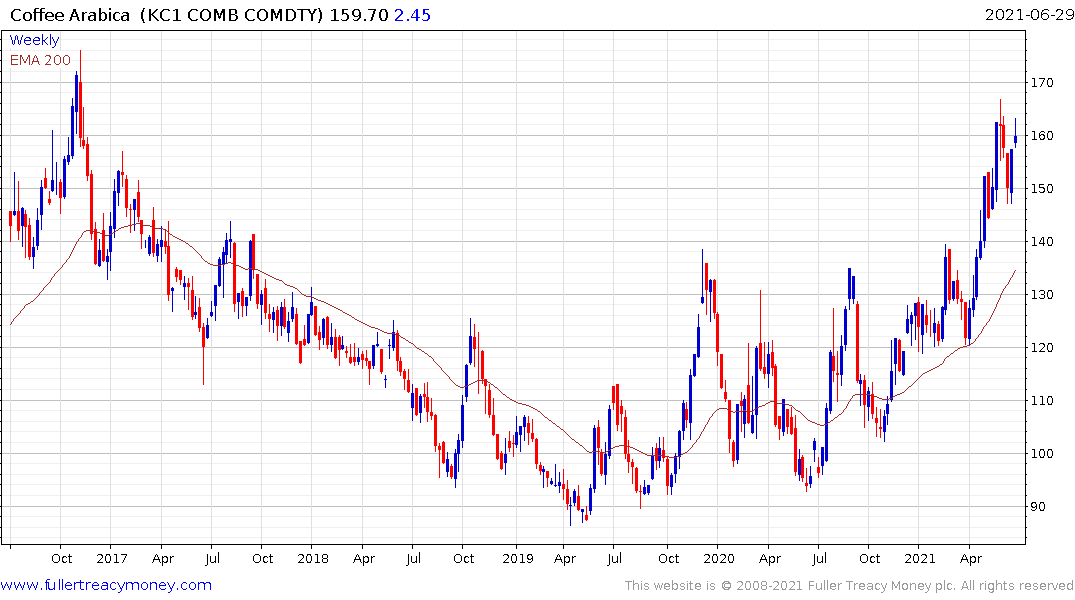 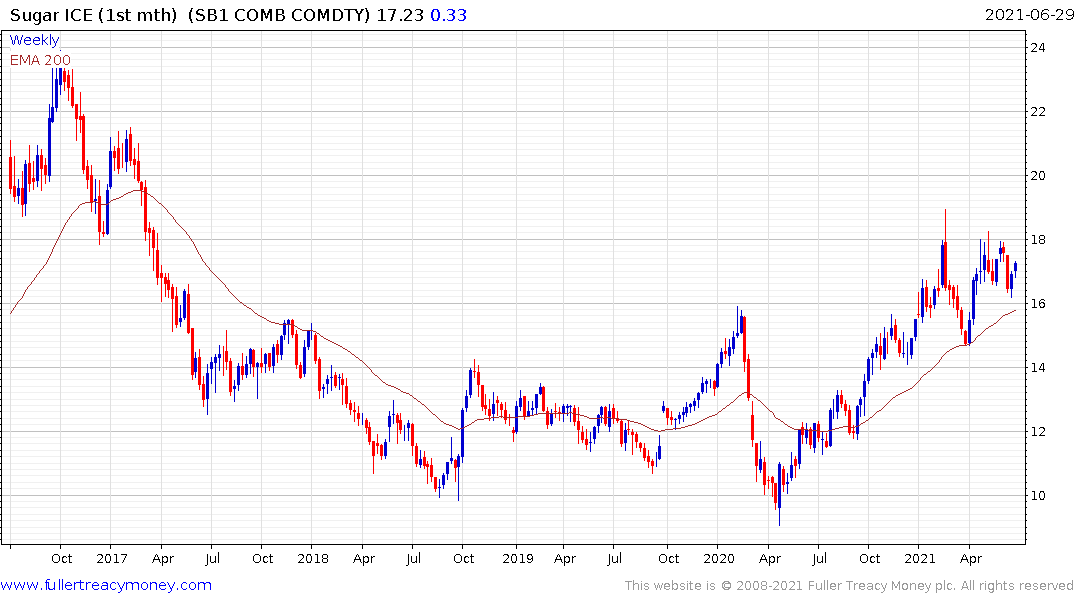 Arabica coffee and sugar continue to firm on the prospect of frost.