This ratio is often looked at in the bond markets because it can be a lead indicator for yields. The logic is simple enough. Dr. Copper gives us some perspective on the health of the global economy and gold is the ultimate bond so it reflects demand for a safe haven.

At the low in 2020 the ratio tested the lows from 1986/87. The global economy had shut down so demand for commodities collapsed and safe haven surged. Since then, the ratio has trended back up to test the highs of the last decade; with copper floating higher on a tide of abundant liquidity. 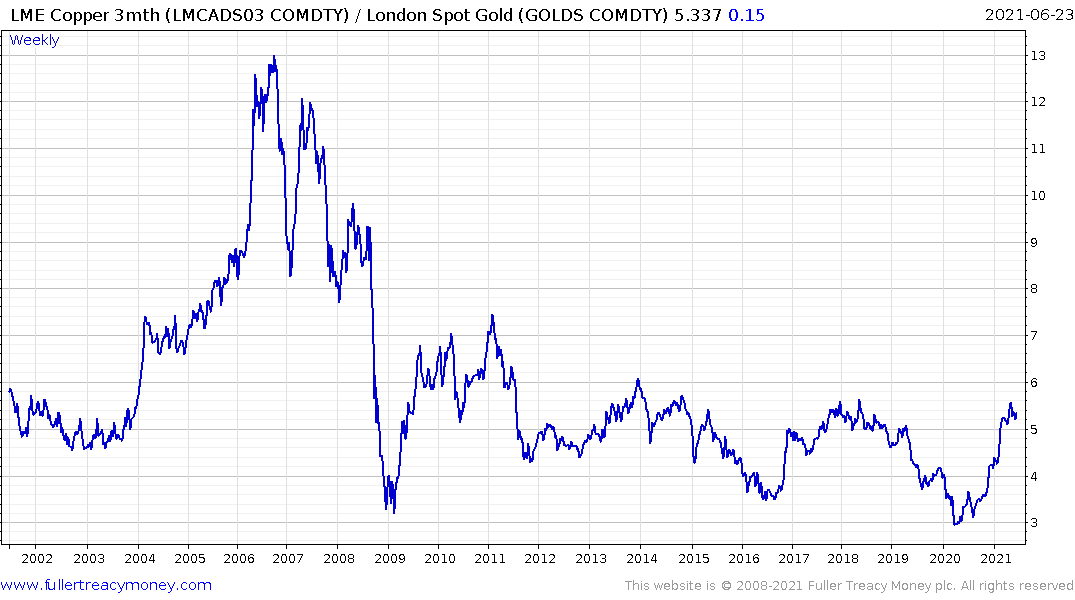 The ratio has gone nowhere this year. That has at least partially unwound the overbought condition. We are now at an interesting juncture. If this ratio regroups and breaks higher that would be supportive of the view that the global economy is back on a clear recovery trajectory and there will be less demand for safe havens.# 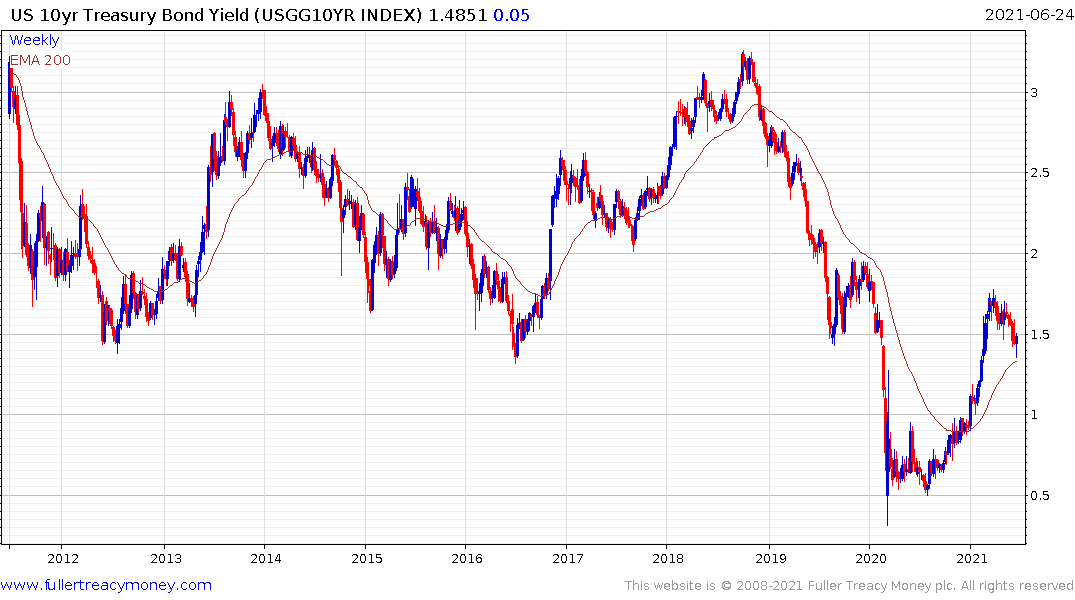 That’s particularly relevant for bond yields. 10-year Treasuries have been ranging with a mild downward bias since March and volatility has picked up over the last ten sessions. The yield found support in the region of the trend mean last week so there is at least near-term resistance at 1.4%.

Jay Powell had this to say to the Congressional committee on the coronavirus this week: “We will not raise interest rates pre-emptively because we fear the possible onset of inflation,” and “We will wait for evidence of actual inflation or other imbalances.”

That willingness to wait for inflation to trend is reflected in the month over month money supply statistics. Supply surged higher during the worst of the pandemic but the subsequent trend is running at a higher rate than before the crisis. 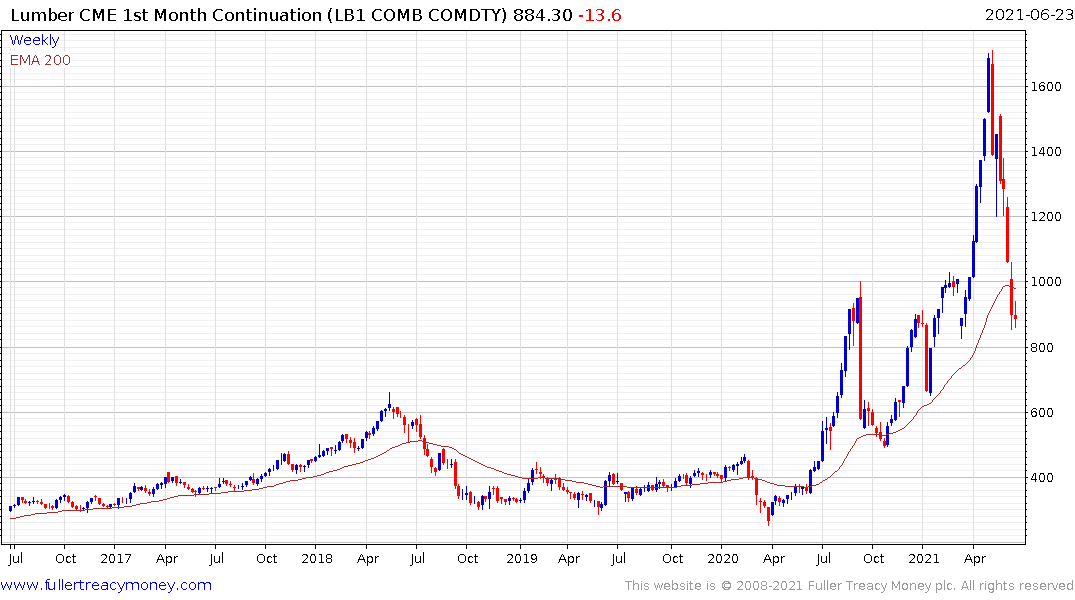 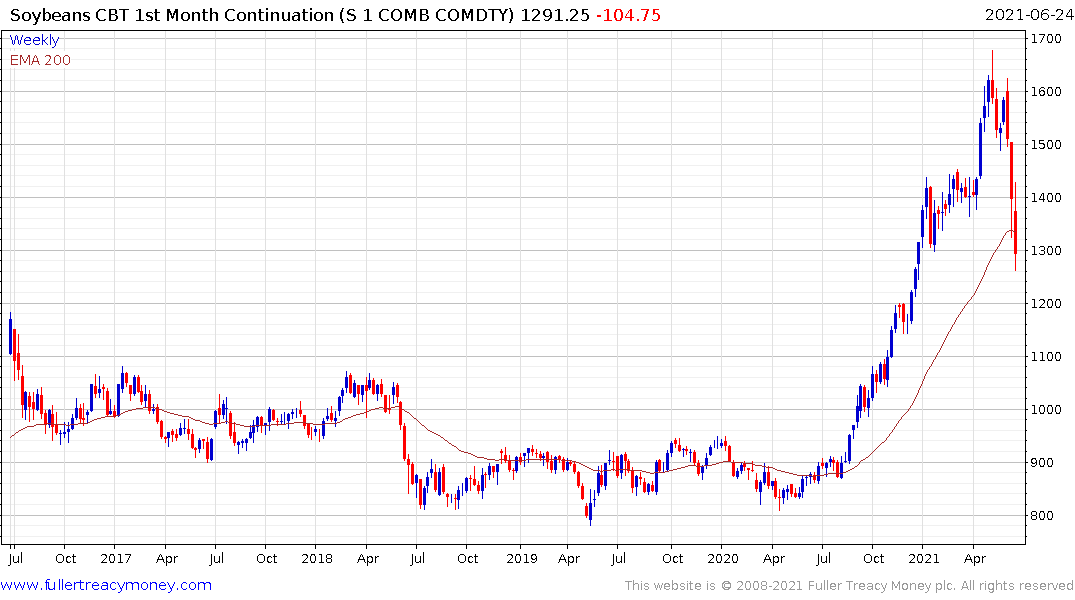 Lumber worries have eased, China’s attempts to weigh on copper are moderating some of the price pressure metals and some of the supply shortages in semiconductors are now also easing. The lead time between order and delivery is at a new high, but that will not last indefinitely. Supply of chips for the automotive sector will increase in H2.   Grain and bean prices have also moderated.

The range reflects these two competing views. The headline grabbing commodity inflation from Q1 is declining but the outsized supply of new money remains in place. That suggests there is scope for inflation to surprise on the downside over the coming quarter and reaccelerate later. It means the ultimate route for bond yields is higher but there will be a lot of volatile trading before the trend is reasserted. 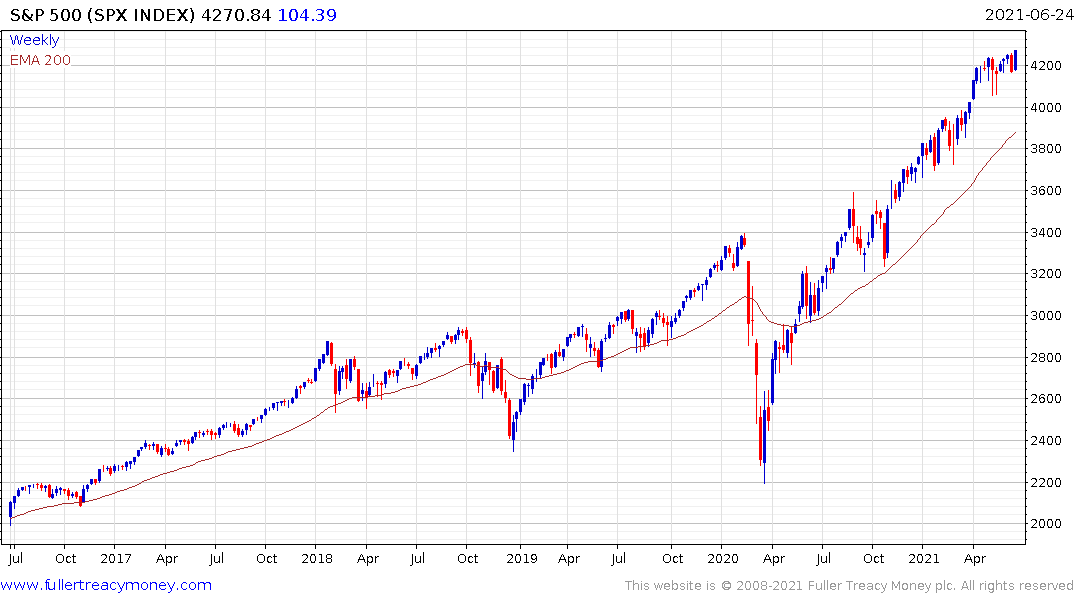 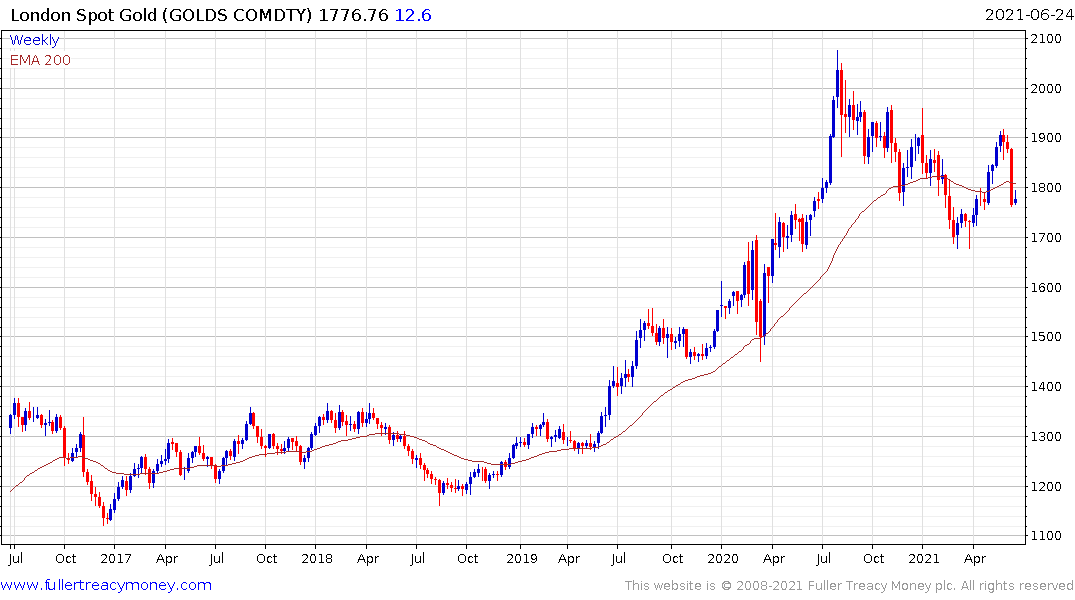 That’s a tailwind for the stock market. It also ensures that negative real interest rates are here to stay. That’s positive for gold but the price is struggling to reflect that reality because of a lack of urgency. 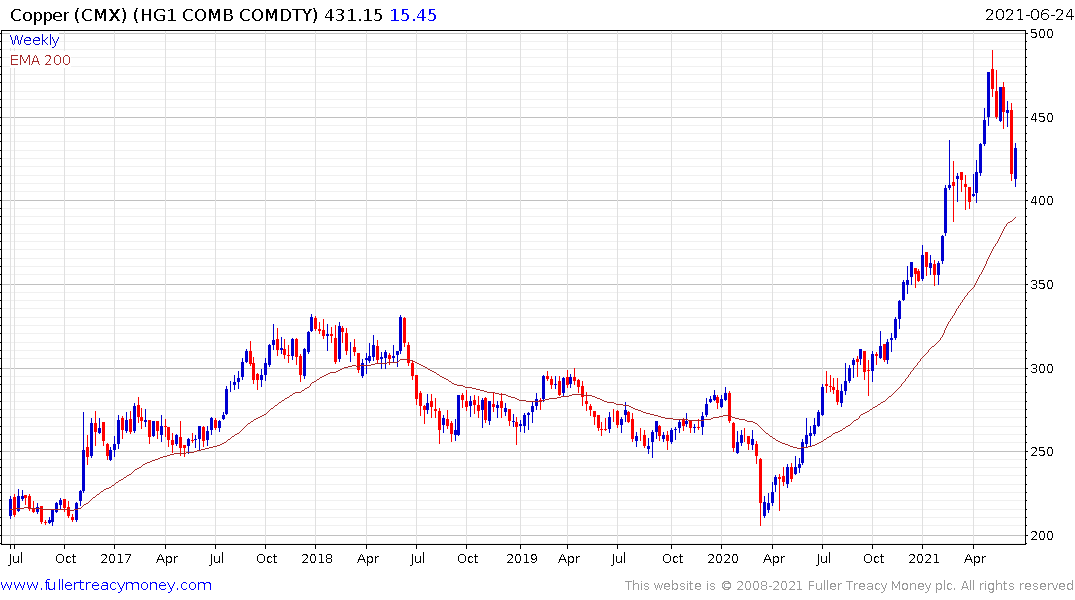 China’s attempts to dampen speculation in copper and other industrial resources has been successful in the short term, but the demand story is global if renewable energy and electric vehicles development plans continue to trend higher. That suggests to me that copper has the potential to outperform gold going forward. The agreement of the US government on an infrastructure bill enhances that potential.