Confessions of a California Covid Nurse
Comment of the Day

Confessions of a California Covid Nurse by Eoin Treacy

Unfortunately, the vast majority of the tests were done at the big new Optum site, or inside local hospitals, and processed by Quest Diagnostics and LabCorp. Five months into the pandemic, the two giant private testing companies were taking more than a week to send back results. “If I look at Optum I always ask, ‘What am I going to do with this, because the result is eight to 10 days old?’” said Erica. “Your ability to contain is over.” By the time she got a hold of people to inform them that they had Covid-19, they no longer had Covid-19. There was no point in isolating them.

I think the rest of the world must be bemused at the resistance many Americans have to cooperating with public health officials, wearing masks and social distancing. As far as I can see there are a couple of reasons that simply are not getting discussed.

When I was tested in early May it took 11 days to get the results. That’s frankly ridiculous and timelines have not improved. I was feeling flu symptoms for about 24 hours and I quarantined myself away from my family for two days but it was a 24-hour bug so maintaining distance when you feel fine is difficult. In the end my results were negative. However, if I was positive, I would probably have passed it one to multiple people before I got my results. That pretty much means that testing is futile and everyone who has been tested knows it.

The second issue is that more than half of deaths are coming from assisted living facilities.  That’s a tragedy but it is not the kind of news that is going to shock people into action. The reality is that if this pandemic were a lot worse than the seasonal flu there would be a lot more deaths. Asking for significant long-term personal sacrifice against that background is viewed by many people as unreasonable. The fact that Sweden’s death rate has collapsed despite the absence of an official lockdown suggests the situation is manageable. The simple fact is that we know a lot more now than we did in February and that means measures can be tailored. 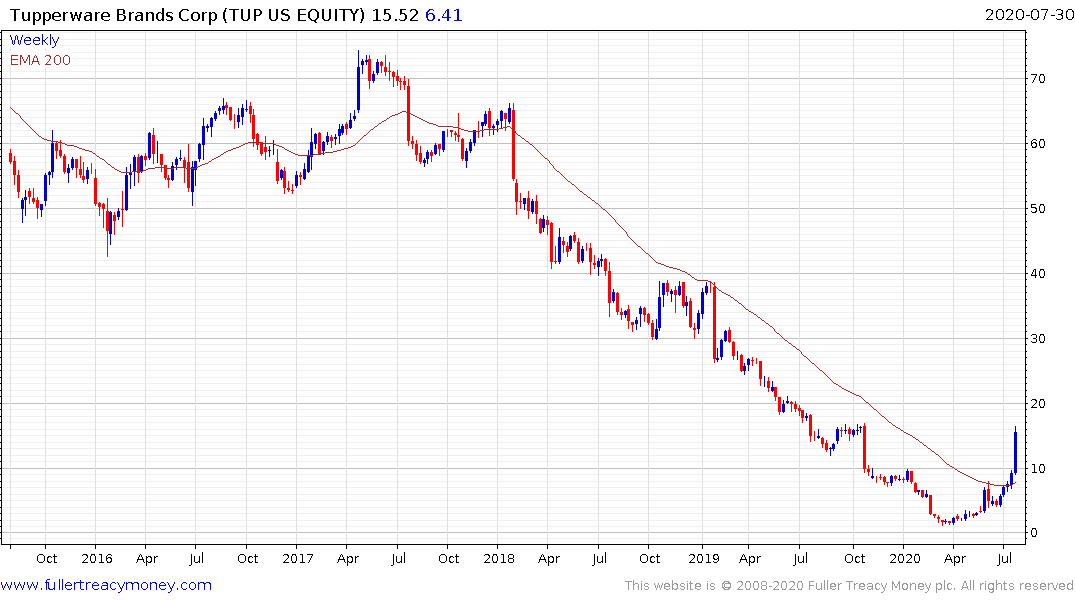 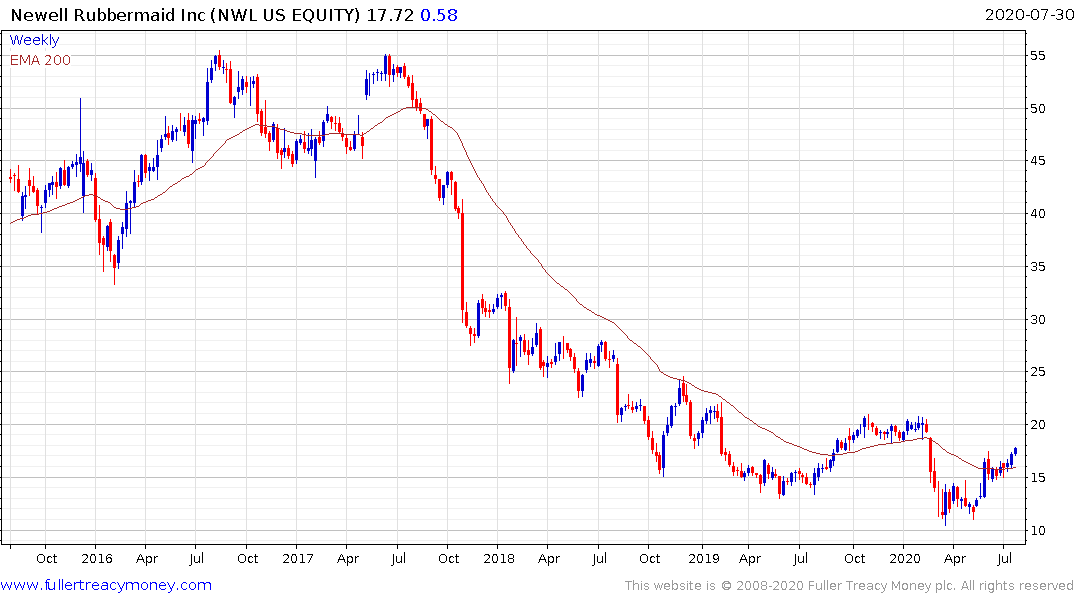 The damage done to consumer confidence is likely to be long lasting because this whole episode has clearly shown people what they can and can’t live without. The jump in Tupperware’s stock yesterday to break the medium-term downtrend and the Newell Brands loss of downtrend consistency suggest more people are cooking at home for example. I know my family used to eat out about three or four times a week and will be unlikely to return to that pattern regardless of what else happens. 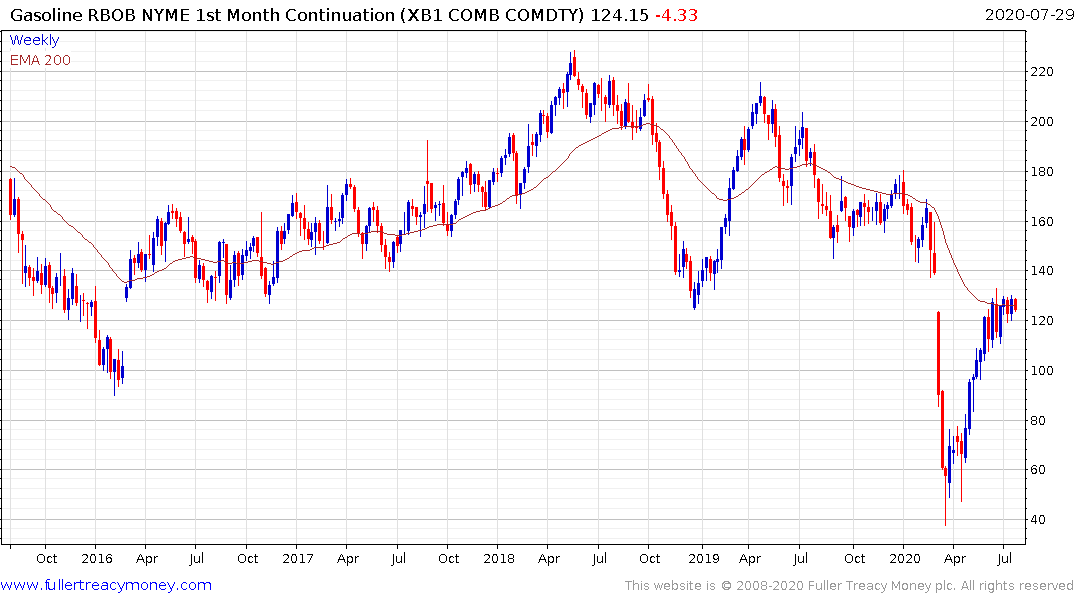 Concurrently, a lot more people have had the opportunity to try working from home. At least some will find it the preferable option to commuting. That represents a headwind for the continued rebound in gasoline prices.