The gauge of the city’s tech stocks had fallen as much as 10% this month after China vowed to increase scrutiny over data collection and overseas listings.

“Regulators are still considering each deal case by case and not rejecting all of them. The sentiment is not that negative now,” said Castor Pang, head of research at Core Pacific Yamaichi. “Any good news will trigger buying on dips in the sector.”

Investors want to own Chinese tech shares because they believe they have the growth runway the USA’s tech behemoths had a few years ago. The temptation comes with a price attached because of China’s “rule by law” instead of “rule of law”. The tenor of regulation has the hallmark of being politically motivated but the trade is the Party may not be quite willing to kill the sector. 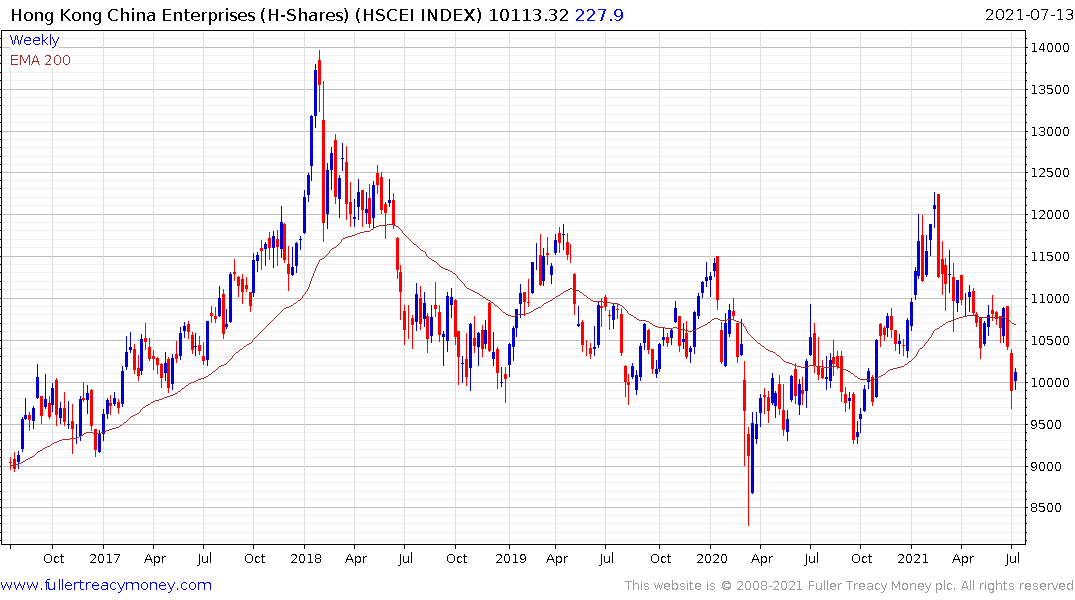 The H-Share Index is deeply oversold in the short term and bounced today to confirm support in the region of the psychological 10,000 area. 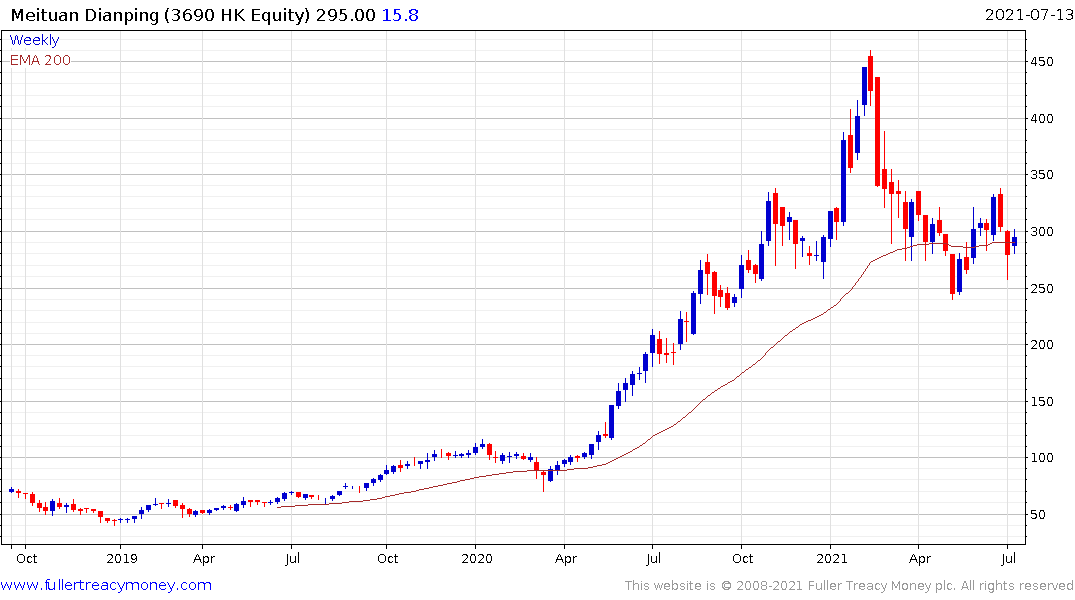 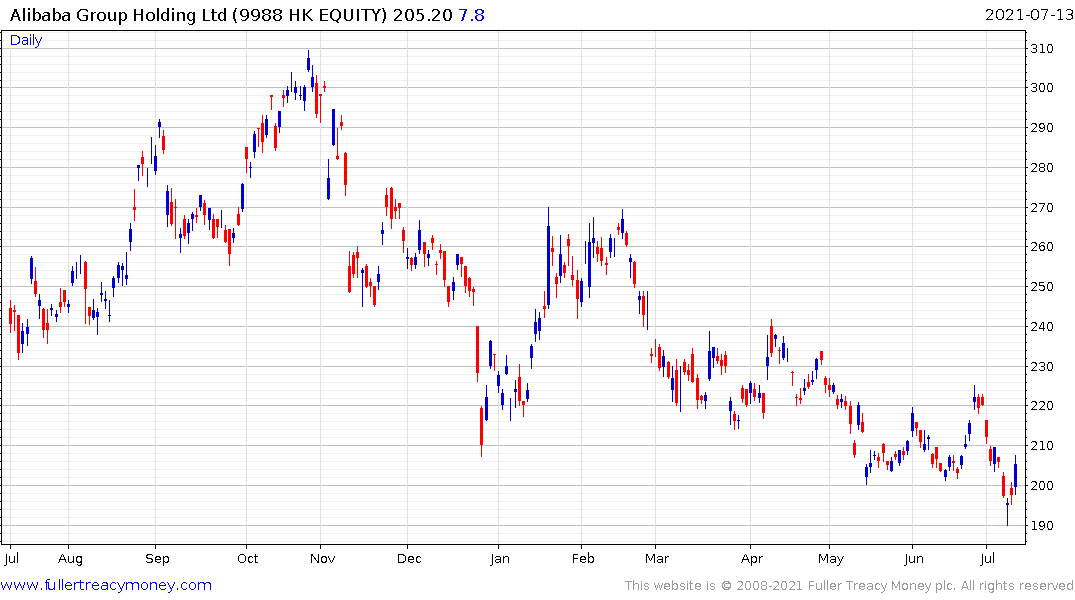 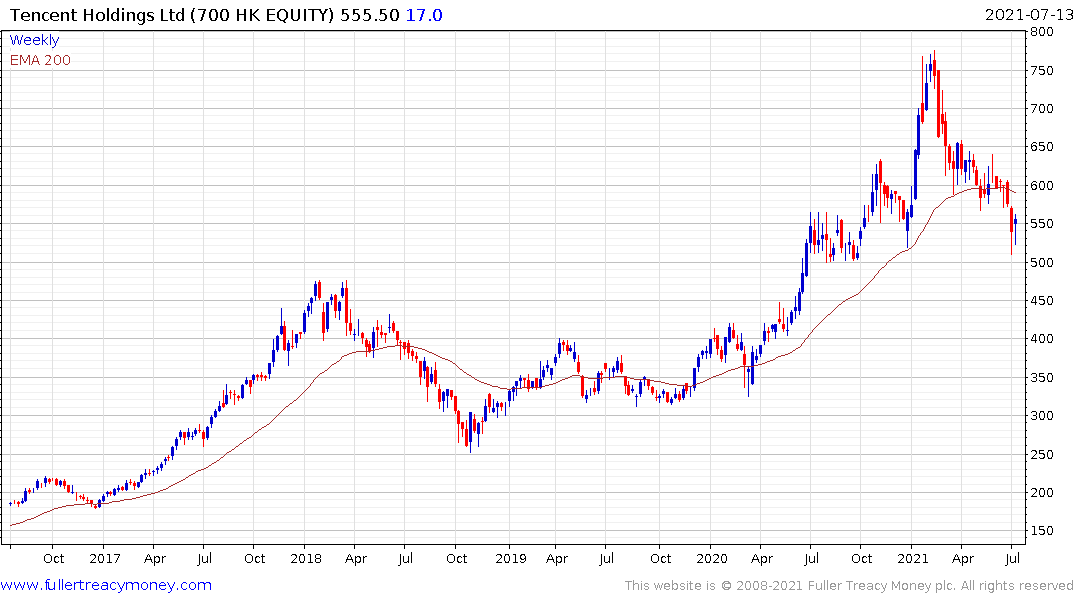 Meituan, Alibaba, Tencent are the three largest holdings in the Index and all are at least steadying. That suggests at least some scope for a rebound until the next bombshell from the newly created regulators. 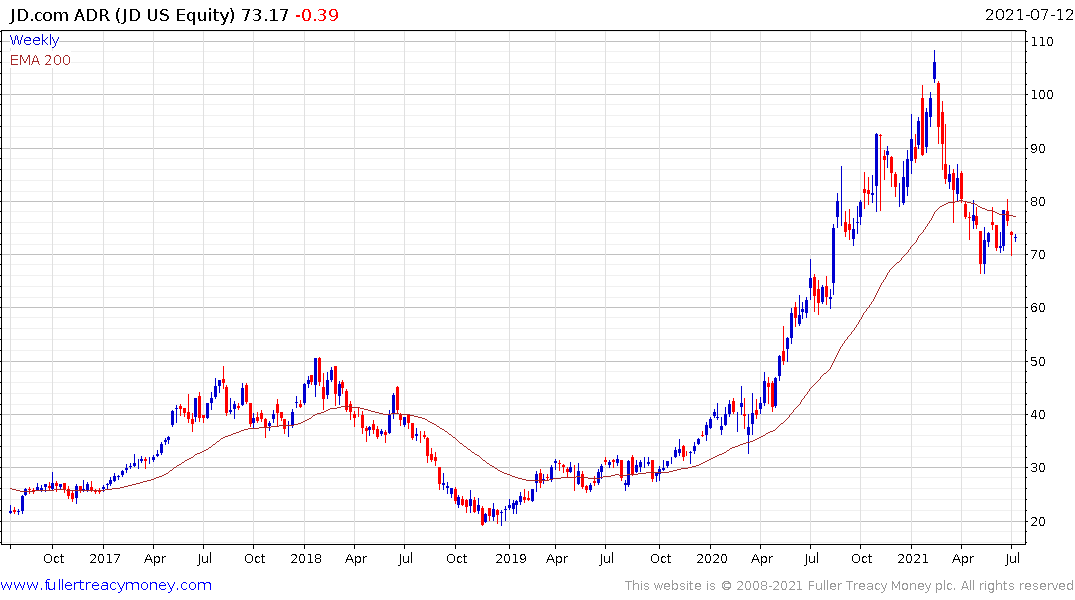 Didi has stabilised around $11.