The main reason seemed to be “growing unease in Beijing over Ant’s complex ownership structure and the people who stood to gain most from it”. The Street Journal said in a report on Tuesday.

“Behind layers of opaque investment vehicles that own stakes in the firm are a coterie of well-connected Chinese power players, including some with links to political families that represent a potential challenge to President Xi and his inner circle” the report added.

One of Ant’s investors is Boyu Capital, a private equity firm founded in part by Jiang Zhicheng. Jiang Zhicheng is the grandson of former Chinese leader Jiang Zemin, Many of Jiang Zemin’s allies have been purged in Xi’s anticorruption campaign, though he remains a force behind the scenes the WSF said in its report.

Many people are familiar with the fact that Chairman Mao was a prodigious reader of history. Few comment on the kind of history he focused on. His primary interest was in courtroom politics. He understood that he was now the emperor and that the only way to hold onto power would be to ensure his supporters were rewarded for their efforts. At the same time, they had to compete with one another for favour which strengthened his position. That’s how every dynasty functioned up to that point and he reintroduced the system of palace politics.

The whole conception of corruption in a system that does not have rule of law is a red herring. There is only power. You either have it or not. In a Communist system everything is viewed through the lens of politics. It’s not about laws, rules, property rights, entrepreneurship or any other metric we might like to impose on the system. Politics is what is important to the ruling class.

Jack Ma was a school teacher. How did he pierce the veil of the Party to make a success of Alibaba? The simple answer, which everyone in China understands, is he had backing from powerful politicians who profited from his success. That’s how everyone succeeds at anything in China.

Therefore the “anti-corruption” program was a courtroom purge, nothing more. Its primary aim was to wrest control of income producing assets from the control of the Zemin faction and hand them to Xi’s. It appears Ant Financial is a part of that whole exercise. Until the terms of who benefits changes, there will be no IPO.

In 2014, separatists in Xinjiang bombed Urumqi killing 13 people. That coincided with the last day of Xi Jinping’s visit to the region. China was not about to allow the risk of a Muslim insurgency and the attack appears to have galvanised Xi’s resolve. They decided on a radical course of action of mass sterilisation. This is similar to the Roman response to rebellion. Within a generation China will not have a young Muslim population in the Northwest border district. Historians have long marvelled at Rome’s savagery and ingenuity but is China really all that different?  This article from the New York Times may be of interest. The harvesting of organs seems to have been forgotten but China provides organs to the whole world. 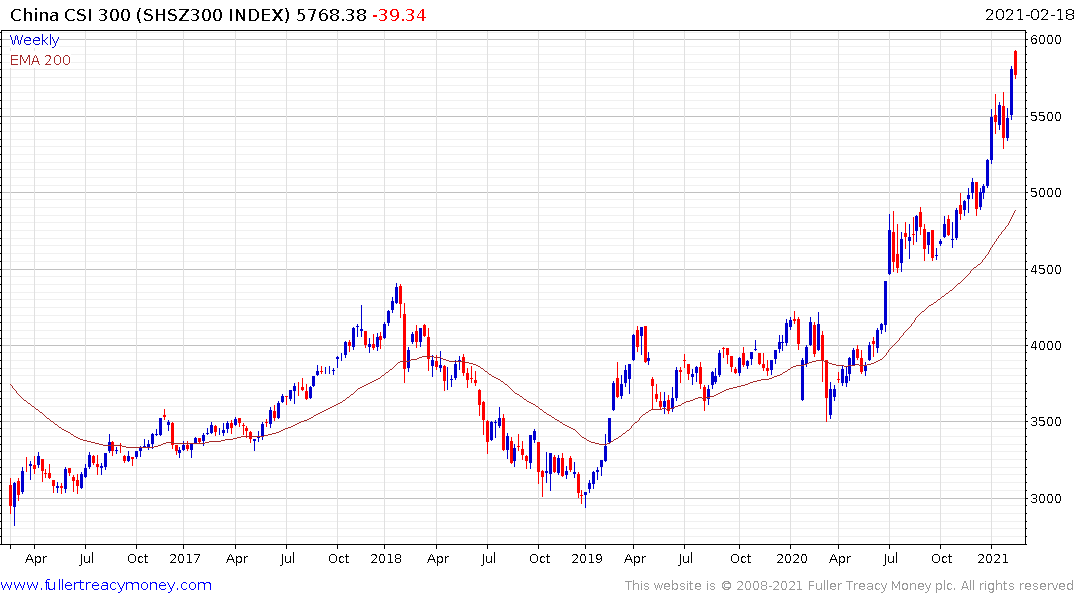 Governance is everything when investing. China has a high growth rate, came through the pandemic in a better position than most, offers a higher yield and stronger currency that many other countries. That’s powerfully attractive for many investors but the opportunity has to be weighed against the political risk.

Here is the transcript of what President Biden said about China in this week’s CNN townhall:

BIDEN: I talked about this too.

And that's not so much refugee, but I talked about it. I said, look -- Chinese leaders, if you know anything about Chinese history, it has always been the time China when has been victimized by the outer world is when they haven't been unified at home.

So, the central -- to vastly overstate it, the central principle of Xi Jinping is that there must be a united, tightly controlled China. And he uses his rationale for the things he does based on that. I point out to him, no American president can be sustained as a

president if he doesn't reflect the values of the United States. And so the idea I'm not going to speak out against what he's doing in Hong Kong, what he's doing with the Uyghurs in western mountains of China, and Taiwan, trying to end the One-China policy by making it forceful, I said -- by the way, he said he gets it.

Culturally, there are different norms that each country and their leaders are expected to follow. But my point was that, when I came back from meeting with him and traveling 17,000 miles with him when I was vice president and he was the vice president -- and that's how I got to know him so well, at the request of President Hu -- not a joke -- his predecessor, President Hu, and President Obama wanted us to get to know one another, because he was going to the president.

COOPER: When you talk to him, though, about human rights abuses, is that just -- is that as far as it goes in terms of the U.S.? Or is there any actual repercussions for China?

BIDEN: Well, there will be repercussions for China. And he knows that.

What I'm doing is making clear that we, in fact, are going to continue to reassert our role as spokespersons for human rights at the U.N. and other agencies that have an impact on their attitude. China is trying very hard to become the world leader and to get that moniker. And to be able to do that, they have to gain the confidence of other countries.

And as long as they're engaged in activity that is contrary to basic human rights, it's going to be hard for them to do that.

But it's more much more complicated than that. I'm -- I shouldn't try to talk China policy in 10 minutes on television here.

The big question is will the world look the other way on China’s extermination of a domestic ethnic population in return for decarbonisation of their economy? A decade ago, that might have sounded ridiculous but it’s a lot more likely today.