Boston Dynamics' Atlas The Next Generation
Comment of the Day

Boston Dynamics' Atlas The Next Generation by Eoin Treacy

The Atlas robot is not production ready but we can see from the above video that it is capable of doing at least some of the work currently done by teamsters. That suggests, a decade from now, when better robots are both cheaper and more intelligent the role to played by humans in labour related jobs will be under even greater stress. Stay in school kids!

Google acquired Boston Dynamics along with a number of other robotics companies in 2013. Many of these firms had been focusing on the defense sector, with products aiming at taking the place of soldiers in disaster situations. Google probably has bigger ideas. 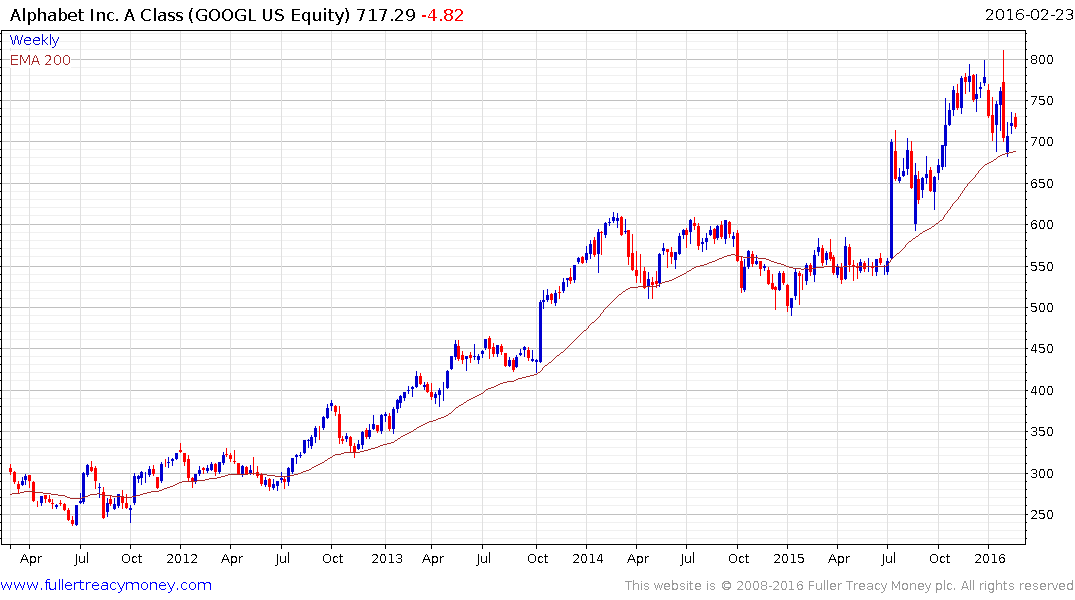 Alphabet continues to range in the region of $700. This is not the first $100 reaction the share has endured and a sustained move below the trend mean would be required to question the broad consistency of the medium-term uptrend.