"Bitcoin will literally be like a report card for how citizens think the government is doing managing their finances," the Galaxy Digital CEO said on CNBC's "Squawk Box" after the cryptocurrency hit a record high above $61,000over the weekend.

Novogratz indicated that bitcoin is an inflationary hedge and a digital store of value, rather than regular money, which is why institutions, money managers, and retail investors are piling into the digital asset. If people in the US believe Fed Chair Jerome Powell and Treasury Secretary Janet Yellen can facilitate full employment for the economy while avoiding inflation, they will stop buying bitcoin, he said.

The billionaire further said there has been a "secular shift" from the mindset that bitcoin isn't an asset class, to it now becoming one. "We're in uncharted territories in how much money we're printing and bitcoin is a report card on that," he said.

Bitcoin is the ultimate risk asset. Any delusion that it would be uncorrelated with other assets evaporated as soon as institutional investors began to participate. In that respect I agree with Mike Novogratz, people buy it as a speculative asset. When money is being printed with abandon it is the asset that has increased most in value.

Ultimately every tradeable asset’s price is influenced by the marginal buyer.  There is no doubt that bitcoin has its own idiosyncrasies, but it does not act independently of that simple fact. Bitcoin jumped to a new high on the expectation that a good portion of the $400 billion in stimulus checks will make their way into the asset. The next question is where will the next round of new money come from? At more than $1 trillion in value, successively higher waves of new money are required to sustain prices.

One of the primary consistency characteristics of any trend is breakouts are sustained. That’s particularly relevant for the biggest most consistent trends. Bitcoin’s move has been both large and consistent with ranges one above another for the last year and every breakout has been sustained. 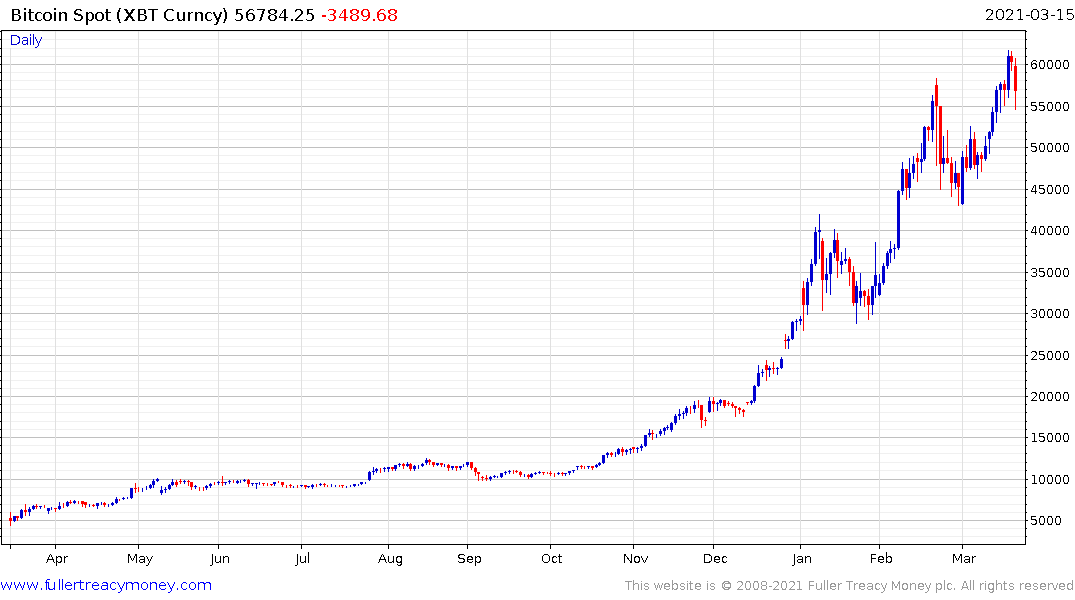 That’s why today’s downward dynamic is a warning. The price is now dipping back into the range. Downside follow through tomorrow would confirm the failed upside break and raise potential for a retest of the lower side of the range near $40,000. 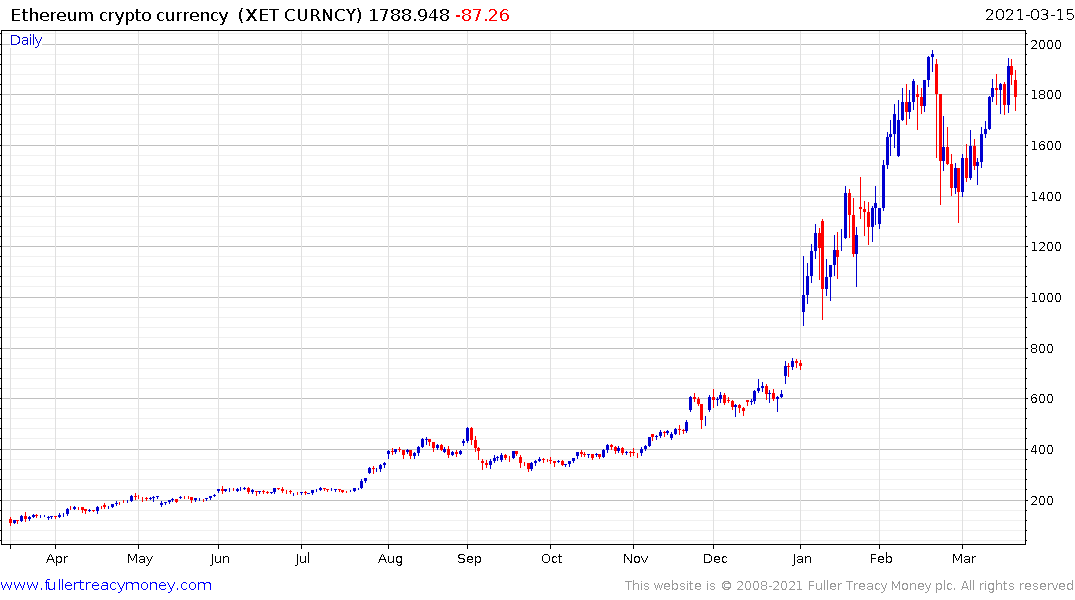 Ethereum tends to be more sensitive to flows. It has, so far, failed to breakout and may be in the process of putting in a lower high.

Inconsistencies creeping in after a big move and amid ebullient sentiment need to be monitored because they can signal top formation development.

The additional dimension is that bitcoin has acted as a lead (or at least coincident) indicator for the stock market over the last few years. It peaked a few weeks ahead of the market in 2018 and wobbled around the same time as the Nasdaq in February. 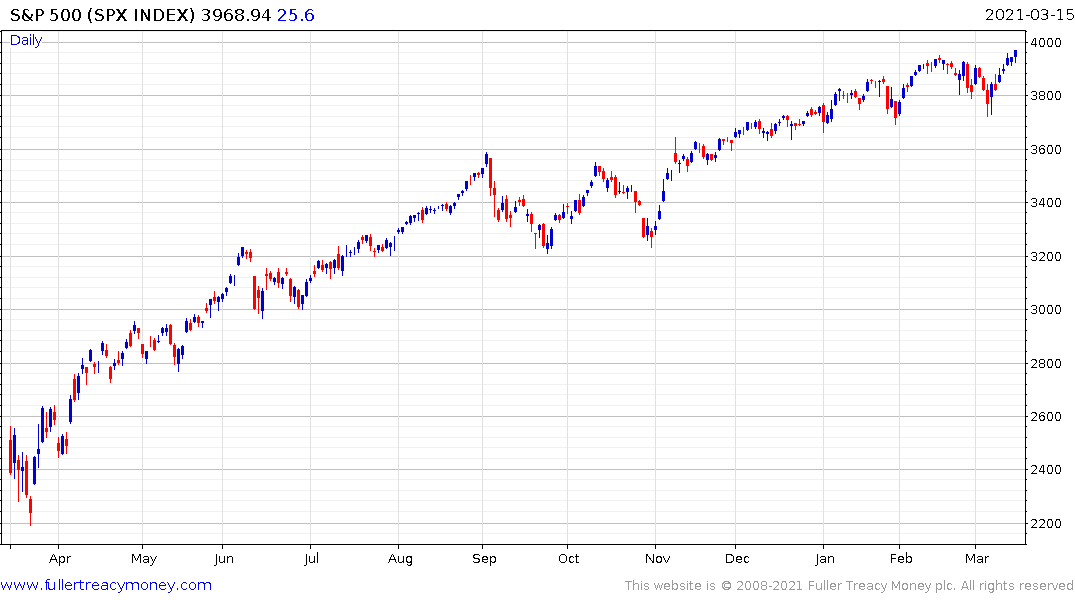 That correlation is being tested today but it is too early to draw strong conclusions. My hunch is the stimulus is more positive for stocks than bitcoin and the value rotation into stocks could play catch up while the speculative portion of the market lags.