Betting on a Soft Landing: The Takeaways From the IMF Meetings
Comment of the Day

Betting on a Soft Landing: The Takeaways From the IMF Meetings by Eoin Treacy

The IMF cut its forecast for global expansion to the slowest pace since the financial crisis a decade ago, but played down the risk of recession and predicted growth will pick up in the second half of the year to stabilize at about 3.6 percent in 2020. That would be an improvement over the 3.3. percent pace projected for this year, but below the 3.8 percent of 2017.

U.S. Treasury Secretary Steven Mnuchin stoked optimism by saying he was hopeful the U.S. and China are “close to the final round” of trade talks. U.K. Chancellor of the Exchequer Philip Hammond said the government and main opposition party could strike a Brexit deal within weeks.

Europe’s struggles again emerged as a source of worry, leaving Germany under pressure to ease fiscal policy and the U.K. to arrange its withdrawal from the European Union. Still, European Central Bank President Mario Draghi was cautiously optimistic in arguing the euro-area has shown “remarkable resilience.”

Continued announcements that the trade war is in the final stages of negotiation have resulted in a general sense among investors that this is last year’s story. Despite the fact it is not yet resolved, a successful resolution has been priced in. 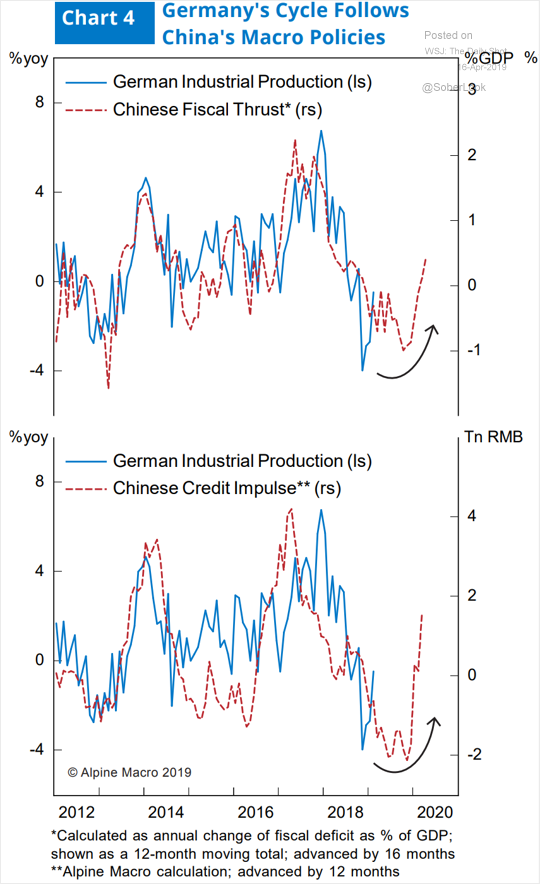 Meanwhile, the fiscal impetus China has injected into its economy is very real and is likely to be a causal factor in the recovery of European exporters in the second half of the year. This graphic highlights how dependent Germany’s industrials sector is on the Chinese fiscal largesse. 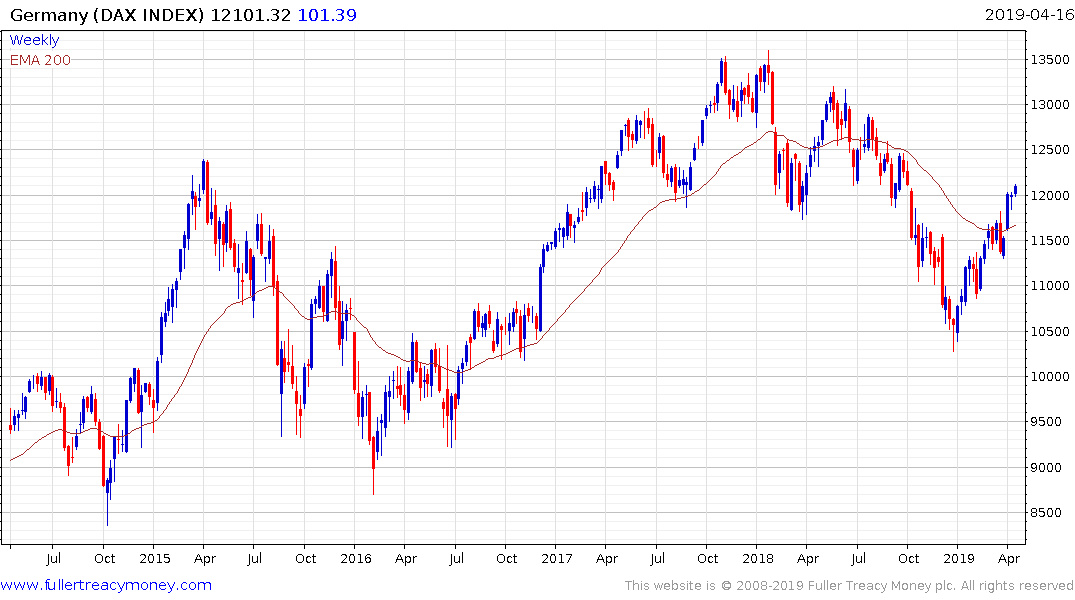 The DAX Index is now back trading above the psychological 12000 level and a sustained move back below the trend mean would be required to question current scope for continued upside. 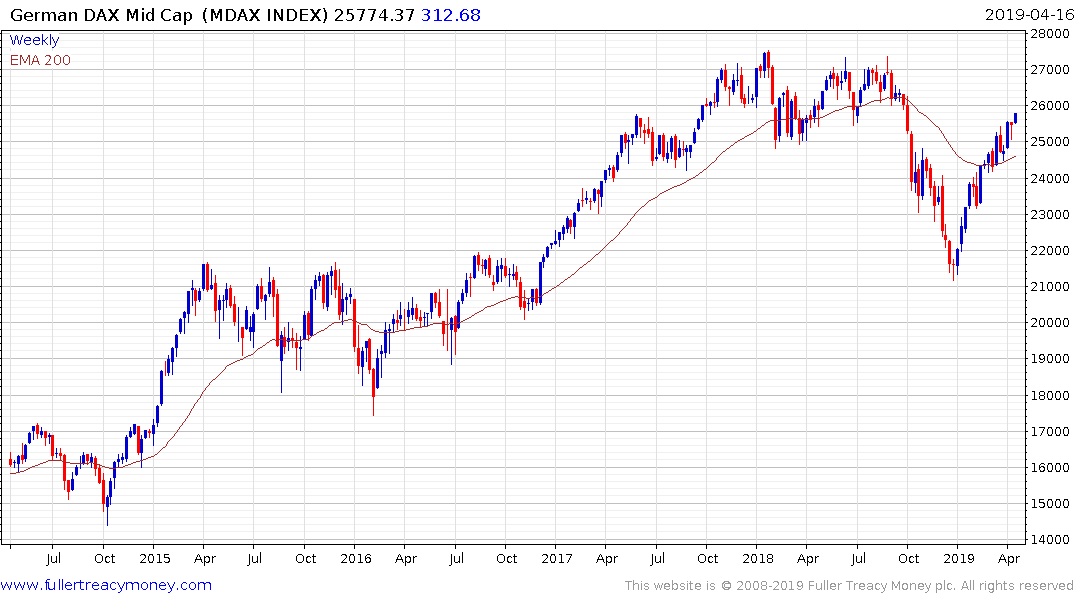 The MDAX, of midcaps, has been leading on the upside.

Meanwhile, the Eurozone’s peripheral markets are leading on the upside. This stock market performance suggests the worst of the bad news is in the price and investors are beginning to price at least a partial recovery, not least since the ECB is unlikely to tighten policy any time soon.