Technology has been forced to chase investors’ expectations. In China, the world’s largest market for electric cars where sales are growing steadily, battery installations of so-called lithium iron phosphate, or LFP, batteries – the technology of the last decade – accounted for 38% of the market, up from 33% the year before. Such batteries lag behind newer ones by as much as 30% in terms of energy density.

The reality is, these powertrains are highly complex. Even as some promising advances are made, commercial viability remains a stumbling block. Chief among those hurdles is boosting energy density and along with it, safety. The more energy a battery has, the further a car can go. However, that also hastens the pace of degradation and shortens battery life. Several higher-density batteries don’t have stable chemical compositions either, leaving them dangerously vulnerable to combustion.

To get over such challenges, firms are trying to make solid-state batteries that will be safer and, eventually, cheaper. Others are intent on boosting battery density by using more nickel content, and less cobalt, which is expensive and mired in supply issues. The progress so far has been limited.
Investors and analysts, meanwhile, are honing in the improvements on to individual battery parts, like cathodes and anodes.

The flipside of these advances are often overlooked. For instance, solid-state batteries that can store more have low power density, which means their energy delivery is slow, while those with higher nickel content are less chemically stable. In addition, solid state batteries have been known to discharge
sulphides.

It feels like I see a sensational headline about a new battery innovation almost every day. The reality is that it can take a decade to proof up and commercialise a new discovery and even that timeline is ambitious. There is no denying a great deal of capital is being poured into the sector but nothing has happened to question the historical timeline of 5 years between doublings in energy density.

Tesla’s battery day focused on countless manufacturing and design efficiencies to eek out additional energy density and range. Not one of their plans includes a revolutionary new battery technology. For a company that is willing to take risks like buying bitcoin, Tesla seems to be uncharacteristically realistic about the challenge of delivering a paradigm shift in battery technology. 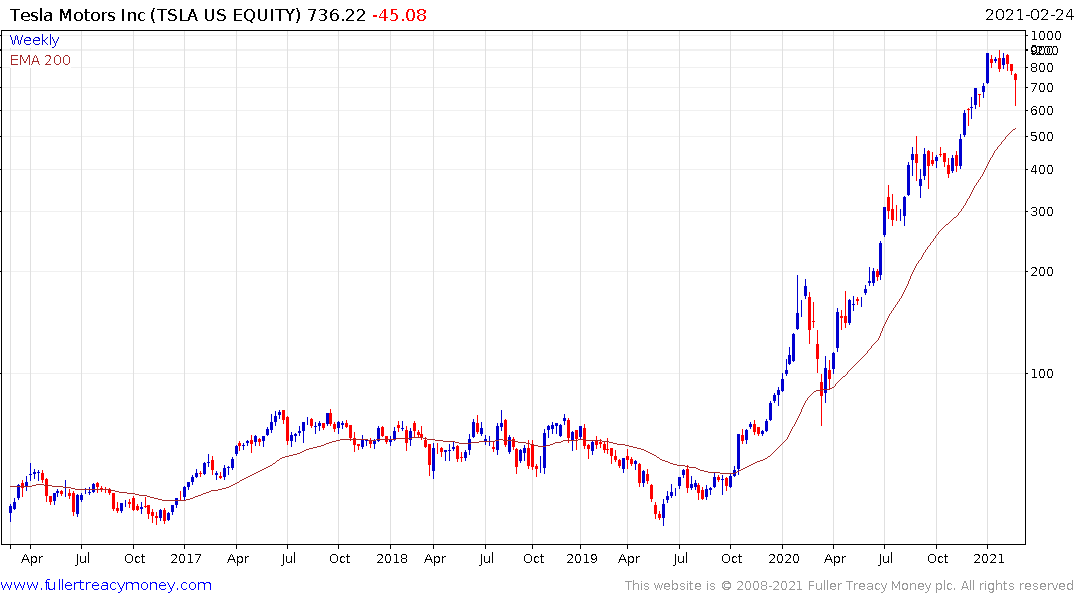 That suggests the market has gotten way ahead of reality. The dismal recent performance of Churchill Capital IV, which was due to merge with Lucid Motors, and the return to earth of QuantumScape suggest reality may be catching up with this story.