BAT Upgraded to Overweight at Piper; Risks Look Priced In
Comment of the Day

BAT Upgraded to Overweight at Piper; Risks Look Priced In by Eoin Treacy

Philip Morris’s patent lawsuit against British American Tobacco in Japan, which is seeking a sales injunction of BAT’s Glo heated tobacco product, is still a risk, but BAT has “several methods of defense” and the earnings impact would probably be modest, Piper Jaffray analyst Michael Lavery writes in a note.

Also notes that consumers can adapt

Piper doesn’t see any risk to dividend growth, allaying concerns from investors; says BAT’s cash flows don’t seem to be at risk in a way that would hurt the dividend

Upgraded to overweight from neutral; PT kept at GBP30

The tobacco sector is not for everyone but it is inherently defensive considering they are selling an addictive product and therefore have reliable cashflows. The performance of defensive sectors is something that is important to monitor in the latter stages of a cyclical bull market because they typically tend to be depressed by disinterest when growth stocks are outperforming but turn to outperformance when investors start to value security. 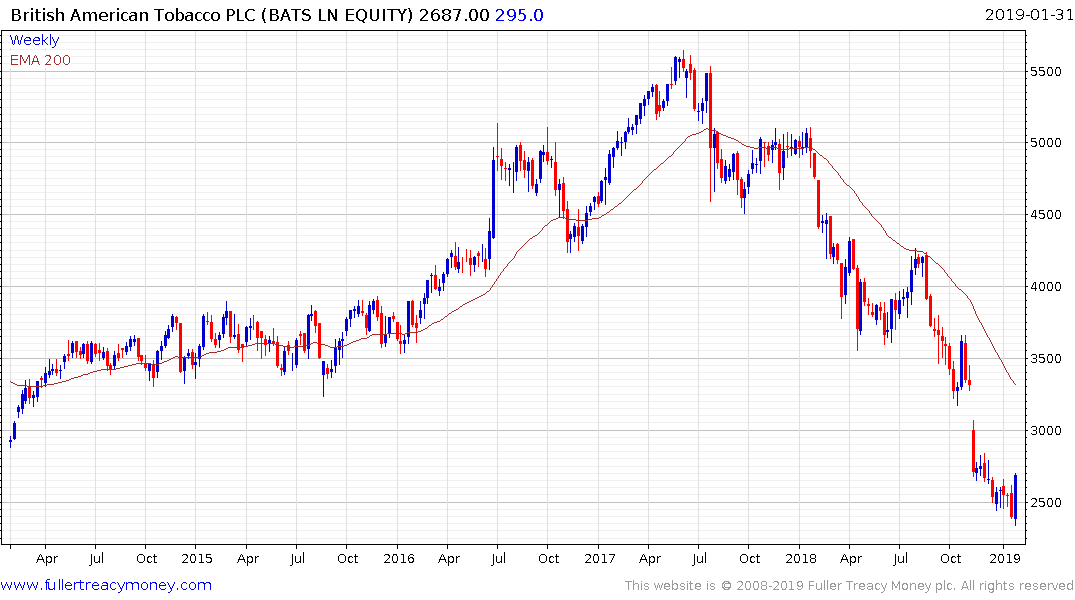 Well spotted, and this rally (Est P/E 9.24, DY 7.26%) is occurring against a background of a downtrend which has been particularly steep. It marks a low of at least near-term and potentially medium-term significance. 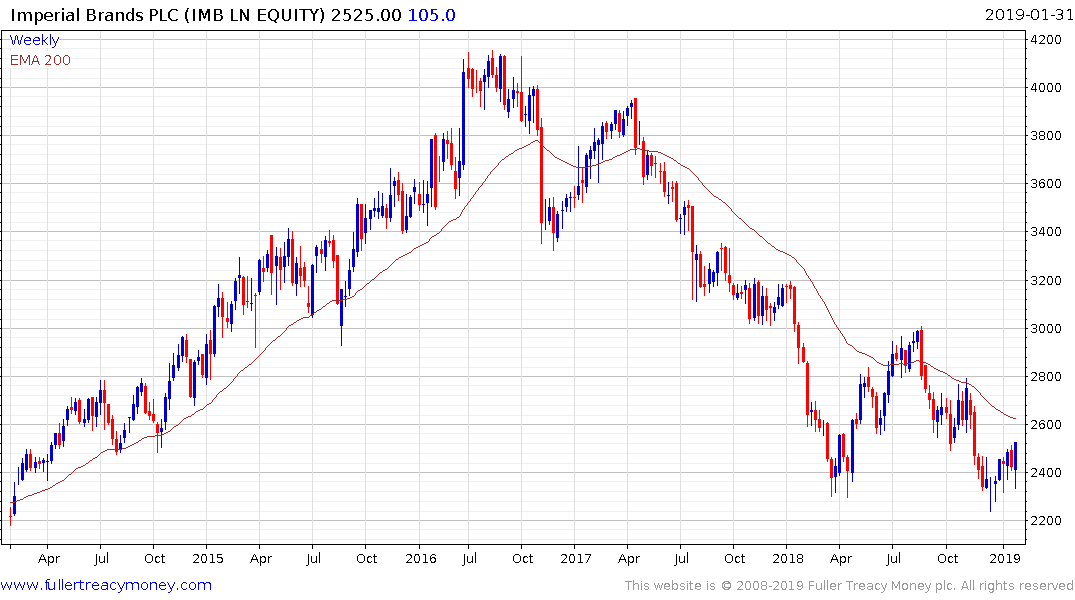 Imperial Brands (Est P/E 9.16, DY 7.44%) failed to sustain the breakdown to new lows in December and is now also unwinding an overextension relative to the trend mean. 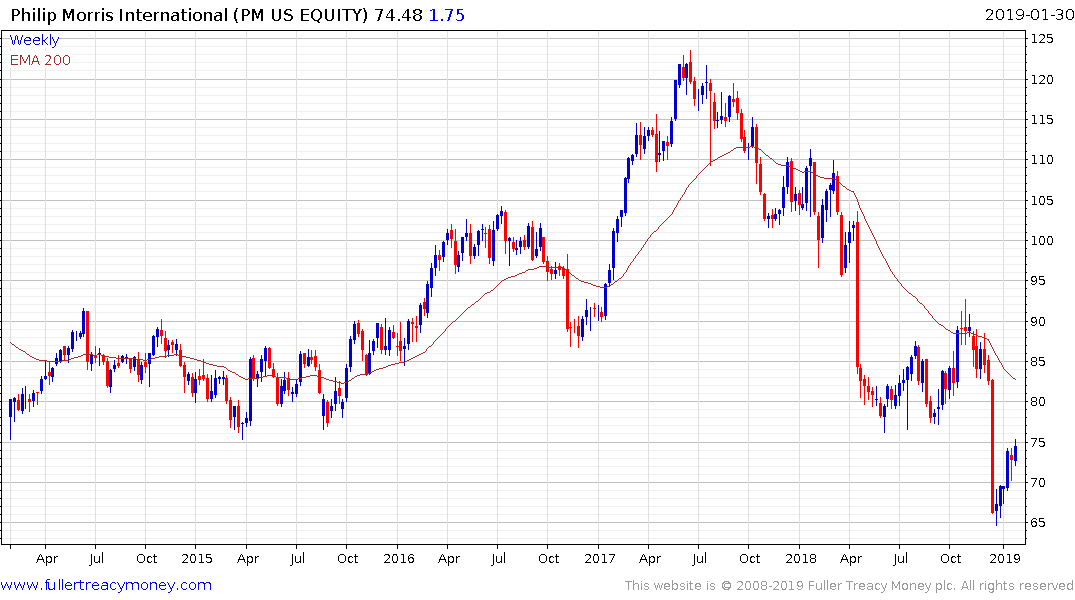 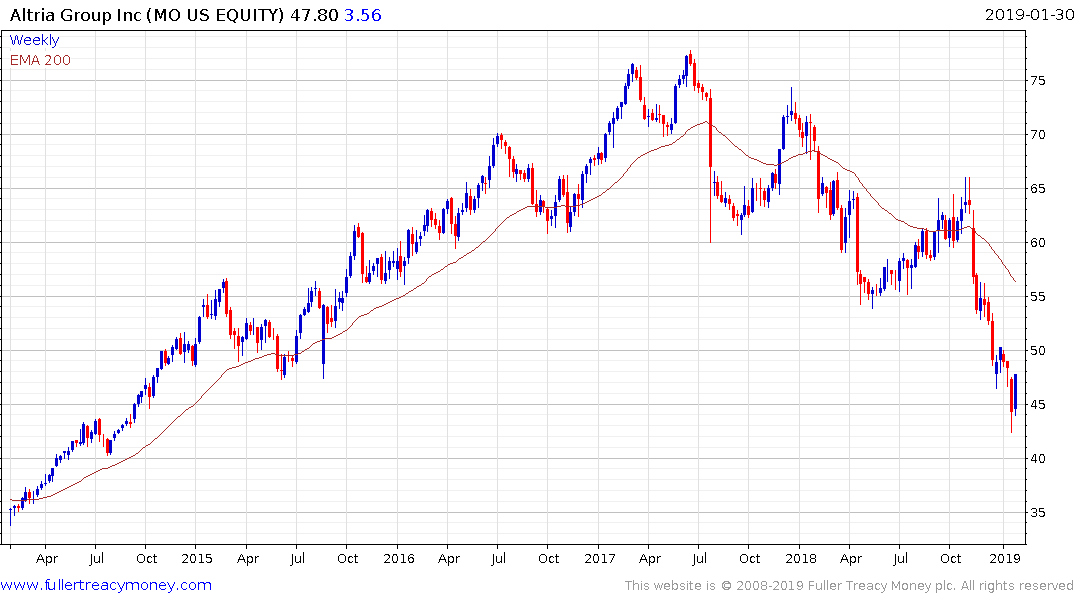