Expectations for higher rates this summer tumbled after the jobs report. Based on Fed funds futures, traders are now pricing in a 31 percent chance of a Fed boost by July, down from 55 percent earlier, while odds for a June hike have fallen to 4 percent from 20 percent.

The selloff was deepest among banks and insurers, with all but 15 of 92 members in the S&P 500 Financials Index retreating. Goldman Sachs Group Inc. and JPMorgan Chase & Co. fell at least 2.1 percent, while brokerages E*Trade Financial Corp. and Charles Schwab Corp. sank more than 5 percent.

Banks have been labouring under tight margins with the low interest rate environment. The potential for interest rates to rise would help improve the prospects of profiting from money market funds and other short-term interest rate products they offer and would have increased margins on loans. With sentiment once more ebbing and the potential for a series of rate rises currently looking less likely, that source of profitability looks a little more distant. 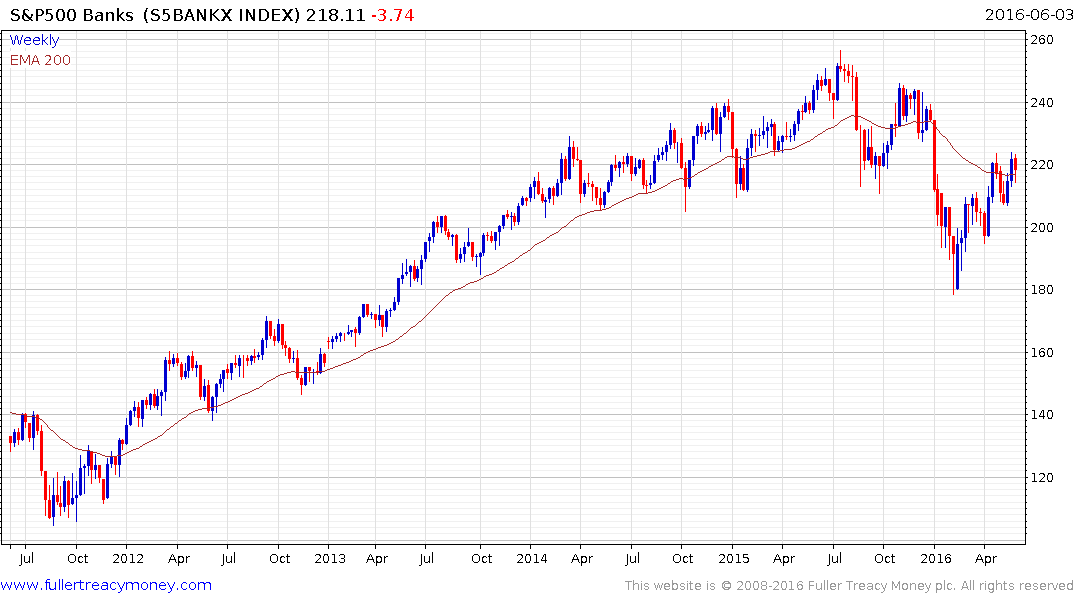 However if liquidity stays in the system longer than originally anticipated, asset prices will continue to be supported and that should be positive for bank balance sheets suggesting an overreaction is unwarranted and the S&P500 Bank’s reaction is likely to be limited to a pullback 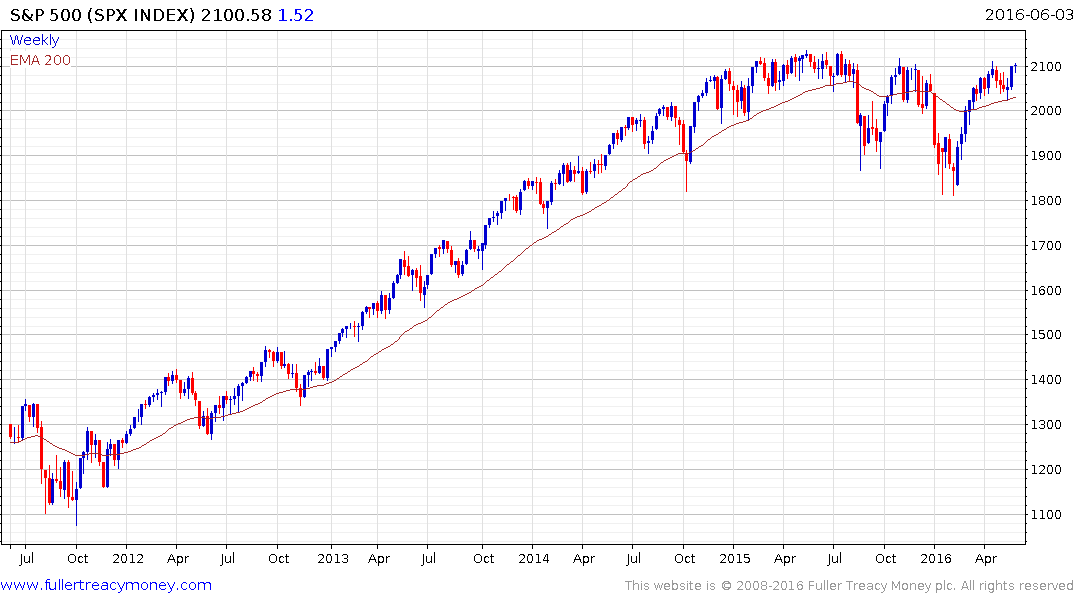 The broader Index rallied from the intraday low to pare the decline and continues to pause in a very orderly fashion below the 2100 area. The weekly chart remains very steady and a sustained move below 2050 would now be required to question potential for a successful upward break.
Dollar weakness could potentially be a net positive for Wall Street but euro and Yen strength is likely to act as a headwind for their respective markets. 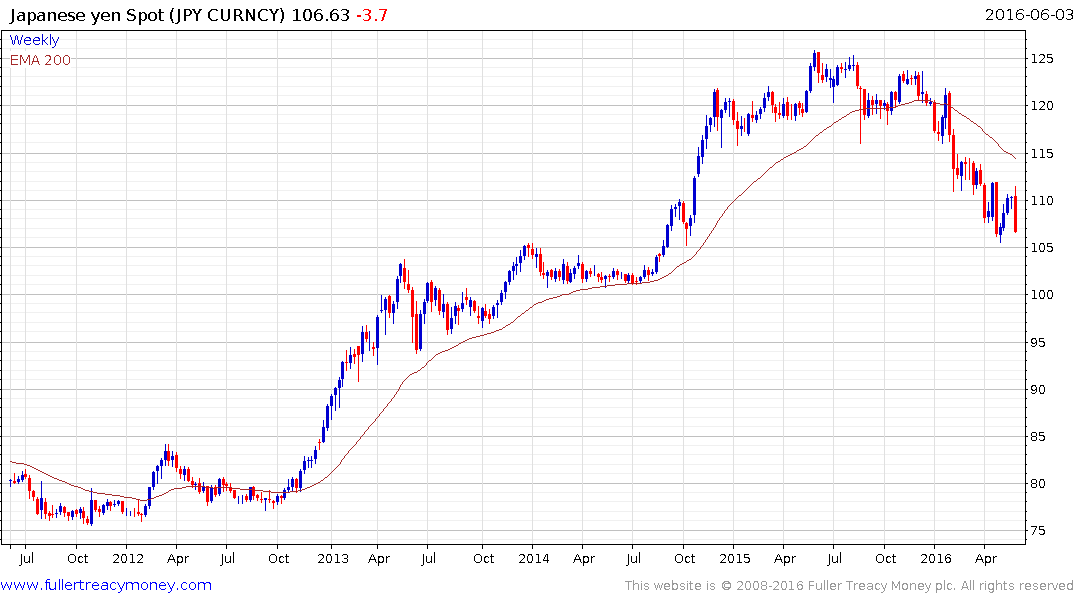 The Dollar confirmed resistance in the region of the trend mean today and a sustained move above it will be required to question he medium-term downtrend.