“If you look at what we’re doing from the size of our balance sheet against GDP to our measures compared to the size of the commercial paper and corporate bond markets, the scale of the Bank of Japan’s easing is far larger than any other central bank,” Kuroda said at the briefing.

“Impressions matter in this kind of crisis. While the BOJ’s balance sheet is, of course, much bigger than its peers, the response to this kind of crisis is very important. If you look at that, the BOJ hasn’t been as aggressive compared with the Fed,” said Masamichi Adachi, chief Japan economist at UBS Securities and a former BOJ official.

The additional measures announced by Kuroda’s board do show a greater degree of fiscal-monetary policy coordination, with Prime Minister Shinzo Abe’s administration finally submitting an extra budget Monday for its stimulus of more than $1 trillion.

“The government and the Bank of Japan are truly strengthening policy coordination,” said Japan’s economy minister, Yasutoshi Nishimura, following his attendance at the BOJ decision.

Japan was among the first countries to close schools but then did not move to close down the rest of the economy until quite recently. That has meant the number of cases has continued to rise. The benefit of lockdown early is the time to opening up again is shortened. That suggests Japan is going to have difficulty opening up swiftly.

Mrs. Treacy received an email yesterday from her Akoya pearl supplier in Japan who was eager to know when an order might arrive. He is feeling distressed because the annual harvest is in January, it takes about three or four months to process the pearls and the big trade show is in May. That has now been cancelled and the wholesalers are stuck with a pile of inventory they cannot sell.
The email we received from Japan was very reminiscent of the messages received from service providers in US in March, as the lockdowns bit head of expanded benefits becoming available. That suggests Abenomics is going to have to move into overdrive to rescue the economy. 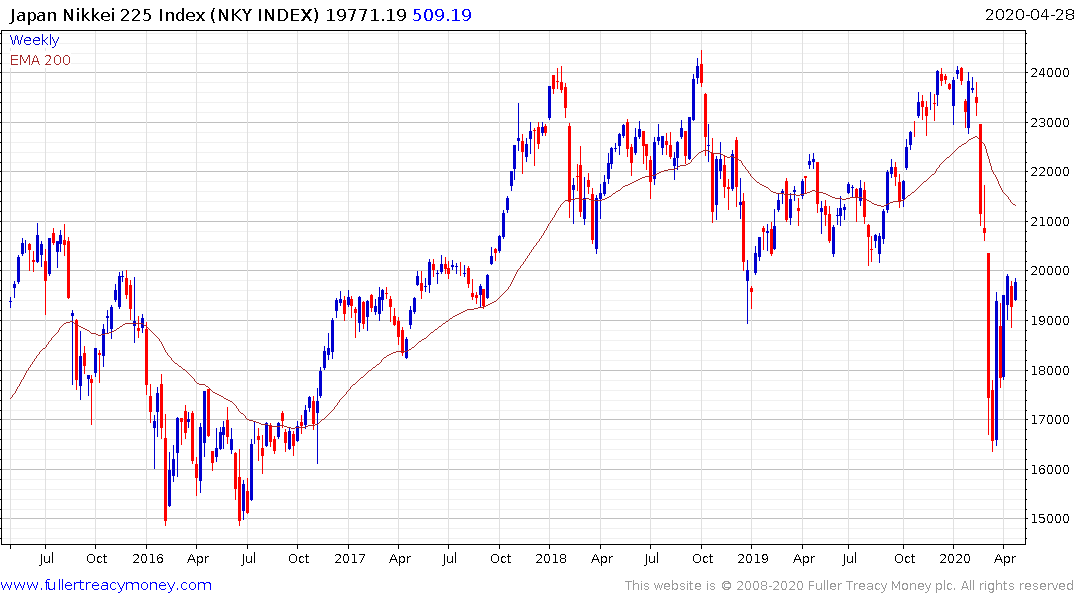 The Nikkei-225 is back testing the psychological 20,000 level which represents the lower side of the overhead trading range. It needs to sustain a move back above that level to confirm a return to medium-term demand dominance. 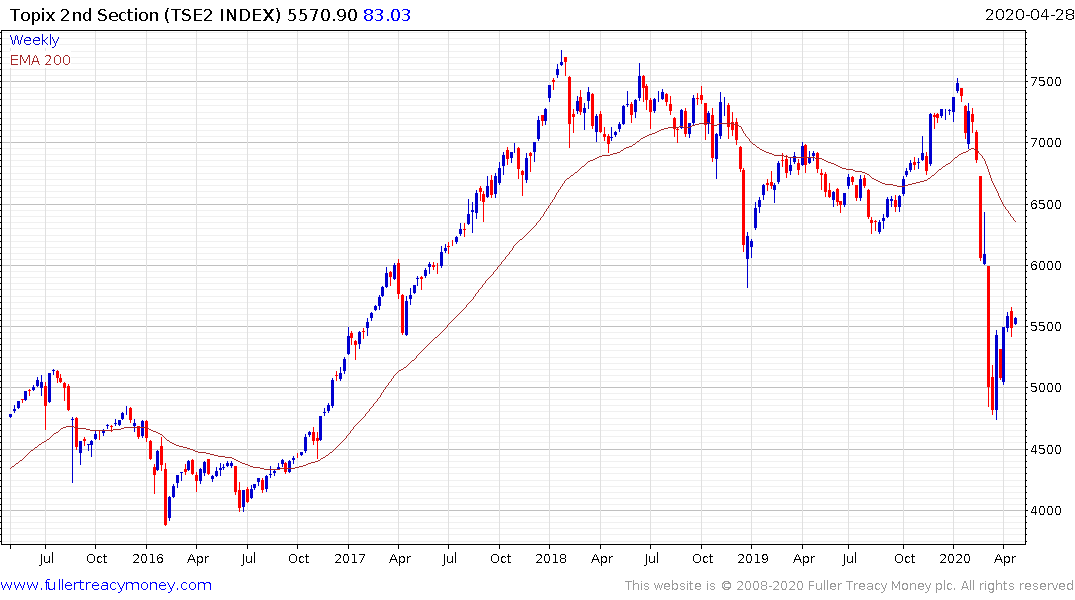 The Topix 2nd Section Index has bounced from the 5000 area which represented a point of resistance in both 2006 and 2015. It will need to continue to hold the March low if support building is to be given the benefit of the doubt.