The purchase, from a group of funds advised by Apax Partners, is spurring 3M to scale back share repurchases to conserve cash. 3M will cut buybacks to between $1 billion and $1.5 billion this year from a previous expectation of as much as $4 billion, according to a statement Thursday. The company valued the purchase at $6.7 billion including Acelity’s debt, which was $2.4 billion on Dec. 31.

Buying back shares has been the go-to strategy for many companies over the last decade because the cost of borrowing has been so low which has made debt more appealing that equity. The practice helps to improve earnings per share, helps investors avoid paying taxes on dividends received and increases the value of shares owned by senior executives. The one thing buybacks do not do is help with creating new products.

As industrials face competition from more technologically nimble competitors, evolving consumer demand and slowing global growth they are being faced with the challenge of keeping shareholders happy, disposing of underperforming divisions and investing in new growth. That’s a significant challenge which is likely to contribute to potentially lengthy periods of convalescence. 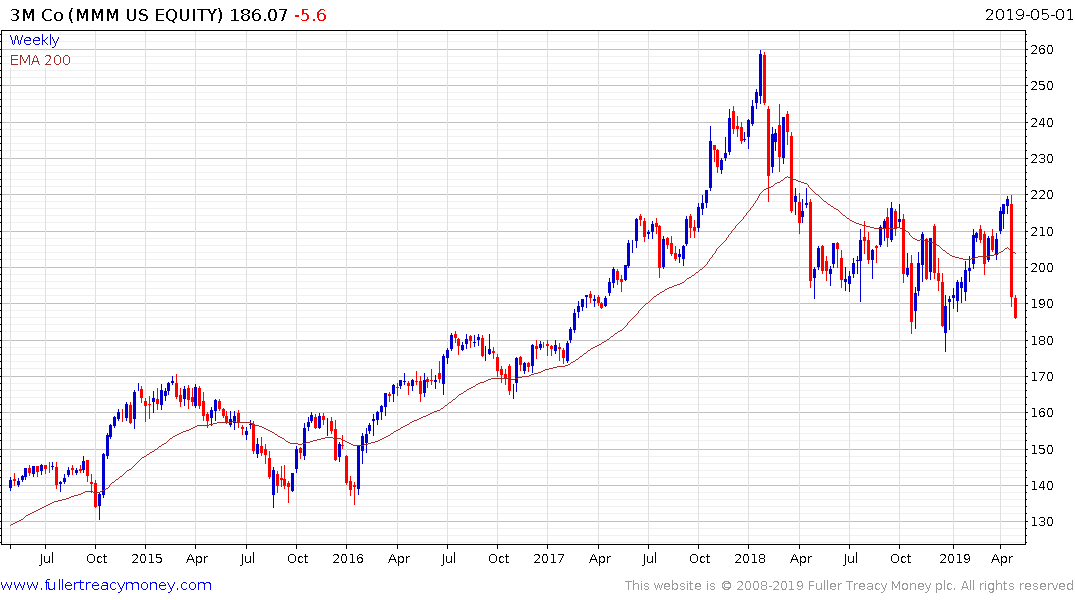 3M is an S&P500 Dividend Aristocrat but reductions in buybacks are being treated in today’s market like dividend cuts. The share is pulling back sharply from the upper side of its range. A clear upward dynamic will be required to check momentum beyond a pause.