"Random Gleanings on a Trip to Traverse City" by Eoin Treacy

The rude crude rally has not gone unnoticed by the gasoline market where there is the potential for gasoline prices to spike this summer with prices at a four-year high amid record demand (prices).  So far such price increases have not bled into the inflation figures, but the truckers are seeing the pinch.  To wit (as reprised by David Lutz): Trucking companies increased leverage is applying added pressure to cargo costs as accelerating economic growth bolsters transportation demand and exacerbates driver scarcity.  With first-quarter trucking spot rates up 27 percent from a year earlier, according to Bloomberg Intelligence, freight expenses are crimping profits at companies.

To us, the creeping inflation, and marginally higher interest rates, suggests the economy is going to strengthen in the back half of 2018.  Certainly that is what the stock market is telegraphing as earnings continue to ramp-up.  As we write, the D-J Industrial Average has made it eight consecutive winning sessions, leaving the equity market very overbought in the short term.  Also worth consideration is that the Industrials rarely make it more than nine straight sessions in any one direction.  Consequently, there could be a pause in the upward onslaught or even an attempt to pull stocks back.  However, we think the S&P 500 (SPX/2730.13) should be well supported at the 2670-2685 level and that should contain any decline barring unexpected news.  Also waxing bullishly is the TD Ameritrade Investors Movement Index, which is back down to its 2015-2016 levels.  That means investors are not very optimistic currently and, therefore, not buying stocks.  Further, there was over $8 billion of money flows into prime money market funds last week.  These are not the kind of metrics one sees at stock market tops.  However, it’s May option expiration week, which has been bearish for the last nine years, and with stocks stretched for the aforementioned reason, look for some kind of pause/pullback that does not get very far. 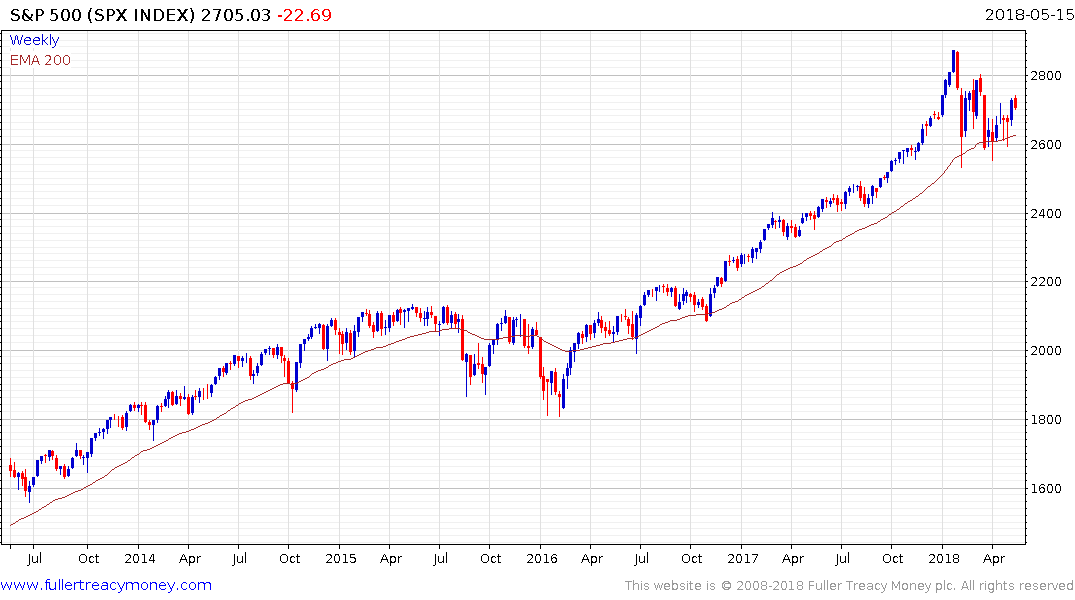 As I spoke about in last night’s video/audio there is a risk of some consolidation following the impressive rally over the last couple of weeks.

The bigger picture is that the primary Wall Street indices have bounced from the region of their respective trend means and moreover have so far continued to hold progressions of higher reaction lows within their developing ranges. This remains a medium-term corrective phase but so far, the signs are positive that it is a correction rather than a meaningful peak. 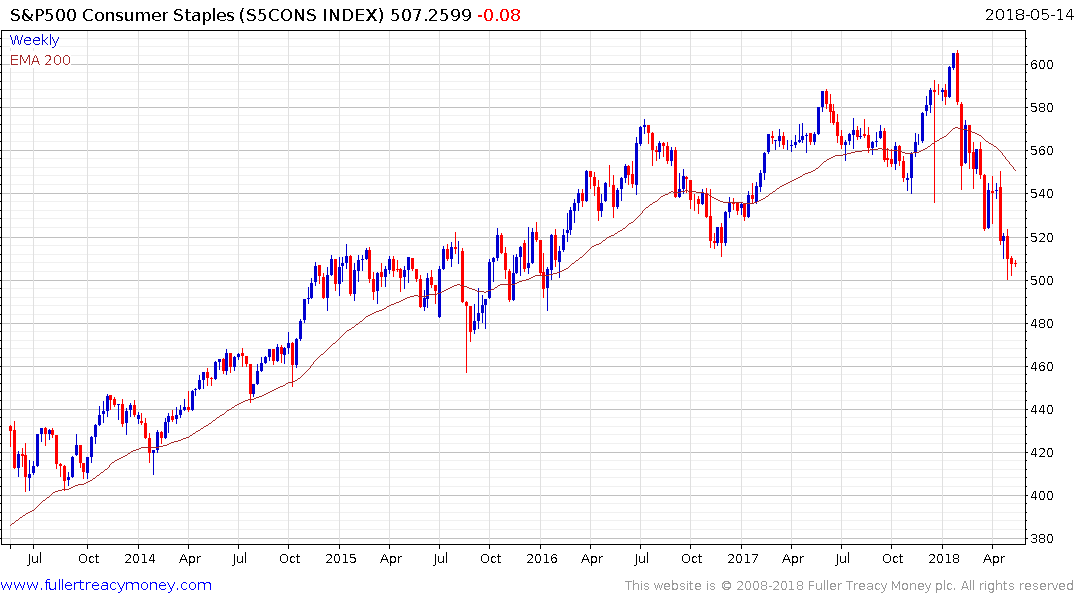 The bigger question is the effect higher yields will have on companies. Shares considered bond proxies because of the reliability of their dividends have been among the biggest losers in this reaction. The S&P500 Consumer Staples Index has fallen to break its progression of higher reaction lows and has so far shown little sign of having found more than very temporary support. 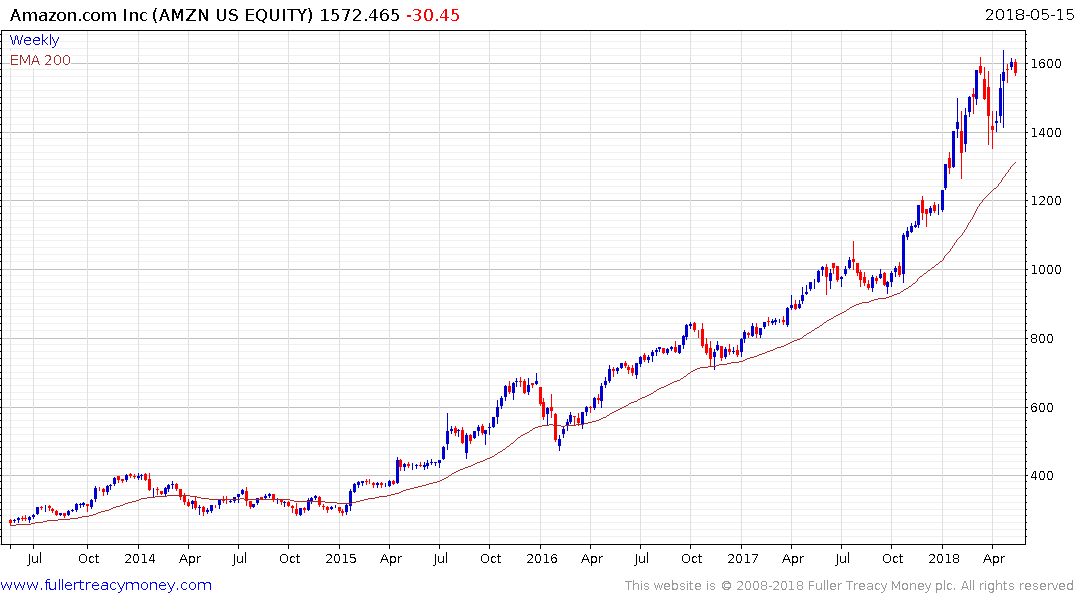 The technology sector by contrast is increasingly embracing a subscription model which marries high growth with reliable cashflows. These kinds of companies, such as Adobe, Microsoft, Amazon, Apple, Netflix, Activision Blizzard or Autodesk continue to represent relative strength. However, in this environment wide overextensions relative to the trend mean are at risk of reversionary moves.