The U.S. Just Became a Net Oil Exporter for the First Time in 75 Years
Comment of the Day

The U.S. Just Became a Net Oil Exporter for the First Time in 75 Years by Eoin Treacy

The shift to net exports is the dramatic result of an unprecedented boom in American oil production, with thousands of wells pumping from the Permian region of Texas and New Mexico to the Bakken in North Dakota to the Marcellus in Pennsylvania.

While the country has been heading in that direction for years, this week’s dramatic shift came as data showed a sharp drop in imports and a jump in exports to a record high. Given the volatility in weekly data, the U.S. will likely remain a small net importer most of the time.

“We are becoming the dominant energy power in the world,” said Michael Lynch, president of Strategic Energy & Economic Research. “But, because the change is gradual over time, I don’t think it’s going to cause a huge revolution, but you do have to think that OPEC is going to have to take that into account when they think about cutting.”

It feels like yesterday when we first started talking about unconventional gas, and later oil, as being gamechangers for the energy sector. Looking back at the archives it was 12 years ago. The shift in US production from what looked like terminal decline to virtual energy independence is something the market is still coming to terms with.

Lopping hundreds of billions off of what the USA was previously spending on imports is a significant move in the balance of trade and represents a major shift in the financial outlook for the country. When we consider the fact that electric vehicles are going to be making greater in roads into the transportation market, particularly from the early 2020s the net domestic oil demand is likely to deteriorate further.

The big question is what the marginal cost of production is for the global market today. The USA can produce relatively comfortably at a West Texas Intermediate price of around $60 but some producers will be inhibited by prices at $50 and more at prices below that.

Meanwhile there are a lot of OPEC producers that need prices in excess of $60 to even begin to meet their budgetary commitments. Alberta’s decision to remove 385,000 barrels from production earlier this week is a much bigger news story than OPEC’s announcement today because Canada is a relatively high cost producer that risks being shut out of the market during times of stress. 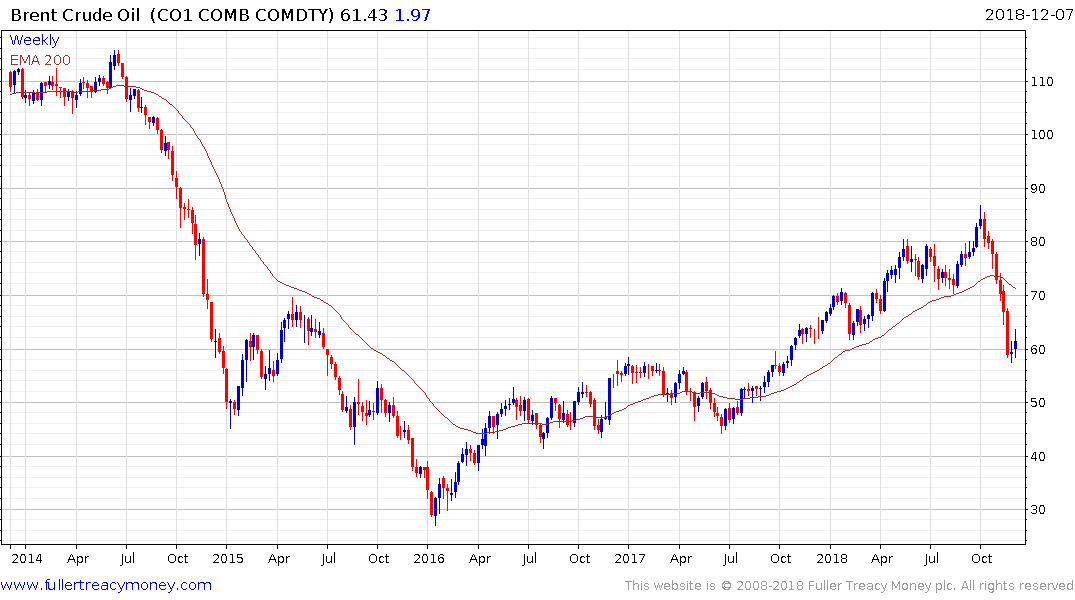 It now looks likely crude oil will unwind its oversold condition relative to the trend mean. 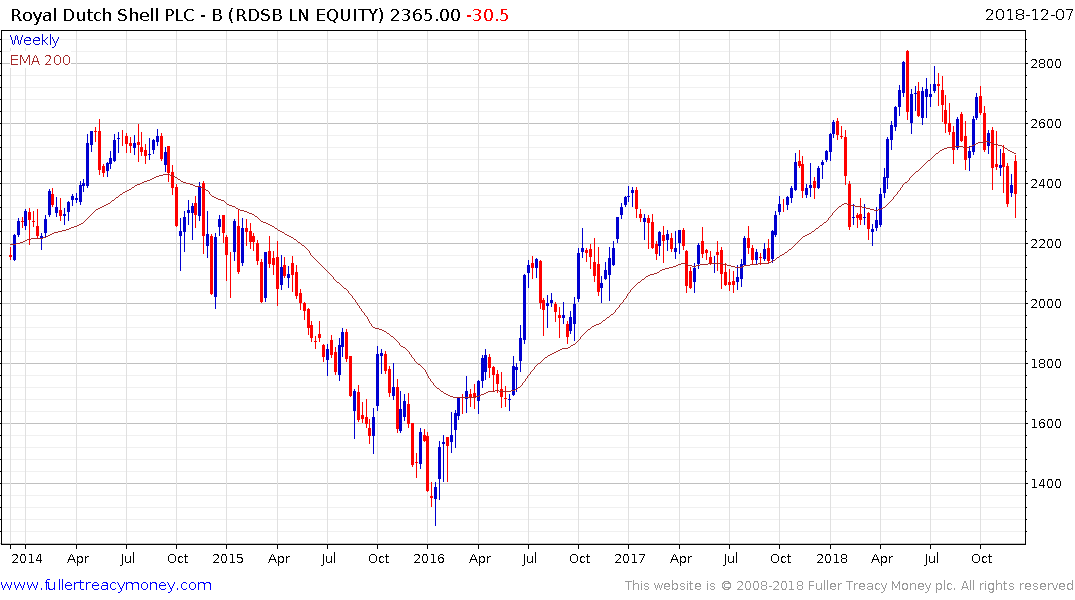 The stock market appears to need more convincing. Royal Dutch Shell for example is testing the region of its almost three-year progression of higher reaction lows but needs to sustain a move back above the trend mean to confirm more than short-term steadying.