"I don’t think the deal per se will end" as inventories near the five-year average, said Bjarne Schieldrop, chief commodity analyst at SEB AB. The Declaration of Cooperation -- the 2016 accord that first established the group of 24 oil producers-- will still stand, but be modified to allow for production cuts to gradually unwind from mid-2018, he said.

Giovanni Staunovo, commodity analyst at UBS Group AG, expects a similar outcome. Citigroup Inc., whose data show that global oil stockpiles are already back in line with the five- year average, predicts a summer agreement to ramp up production.

The oil producers themselves say they’re sticking to the plan. While Russia’s Energy Minister Alexander Novak told reporters on Jan. 12 that the meeting in Oman could include discussion of mechanisms for gradually exiting the cuts, four days later he affirmed that the pact should continue. Ministers from the United Arab Emirates, Iraq and Kuwait also insisted there’s no need to change tack.

Sometimes it is imperative to keep an eye on the price action. Over the course of the last few days I’ve seen one headline after another reporting the ‘collapse’ in oil prices or the major reversal seen from the intraday peak. I’m reminded of Mark Twain’s quip “the report my death was an exaggeration.” 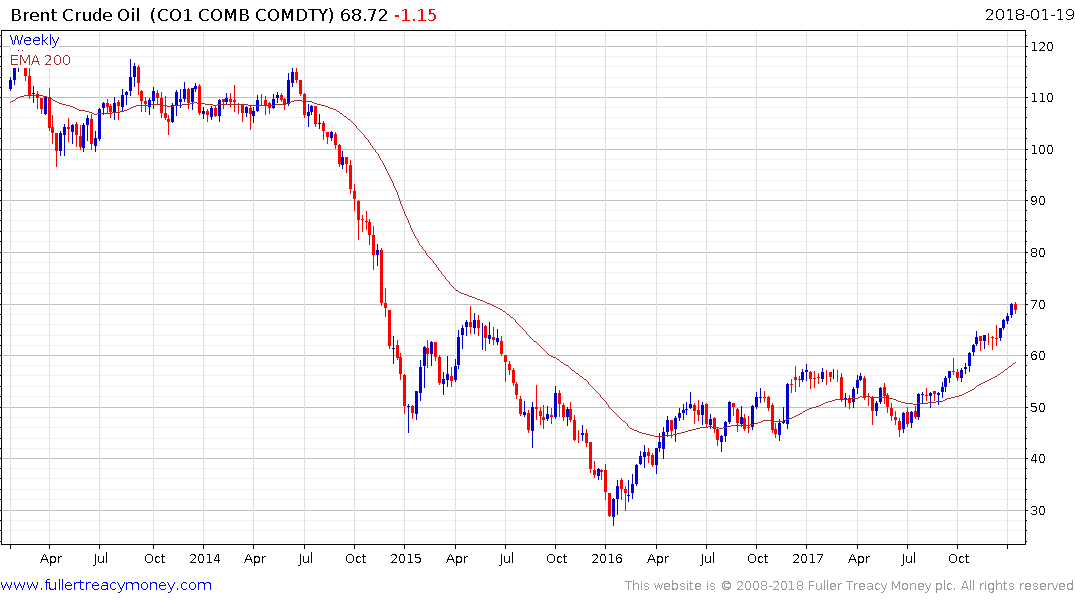 There is no doubt that OPEC and Russia’s decision to cut supply boosted prices so it is only reasonable to assume that when they begin to raise output it will have a deleterious impact. However, Brent Crude has not pulled back by more than $5 since June during what has been quite a consistent advance. Therefore, a sustained move below $65 will be required to question the integrity of the advance.

Despite the fact US domestic supply is growing, I suspect OPEC will hold off from making key decisions until Saudi Arabia has completed the sale of a stake in Saudi Aramco. However, it is also worth considering why they are selling in the first place. Saudi Arabia has a large and growing young population.  There is no way it can continue to afford the kind of monetary largesse for so many more people even at prices that are multiples of what was historically ‘normal’.

At the same time the rest of the world is responding to what for them are still historically high energy prices. It is no coincidence that interest and support for renewables and energy storage options trended higher during the commodity boom. Very simply high prices force consumers to be more efficient. The pace of technological innovation is such that there is a solid likelihood that we have seen the peak in global coal consumption. Natural gas demand is still growing but even slowing oil demand has the potential to represent a major obstacle for Middle Eastern producers with large young populations. 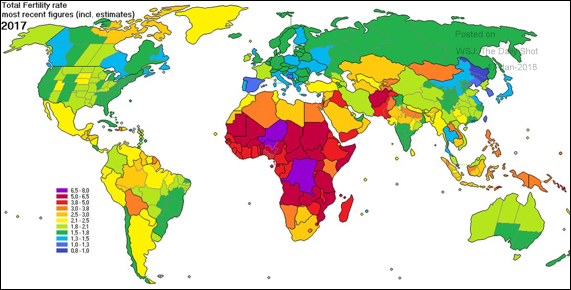 This graphic of population growth highlights clearly where energy demand growth is likely to come from in the next few decades.  Africa is where the majority of babies are being born so 15 years from now that is where demand for jobs, energy, transportation, consumer goods and food are likely to trend higher fastest. That is of course assuming governance improves because without it the demographic dividend will be wasted and there will be famine and wars of untold proportions. So far, the signs are positive that an increasing number of countries are moving towards development; albeit from very low bases. Quite whether that demographically charged energy demand growth will be for coal, oil or renewables remains to be seen.