“Given current developments, with supply worries driving the price to $80, it would make perfect sense to remove the over-compliance by compensating for the shortfall from Venezuela,” said Ole Sloth Hansen, an analyst at Saxo Bank A/S in Copenhagen.

Excess cuts amounted to about 740,000 barrels a day in April, according to estimates from the International Energy Agency. Without compensating supply from other members, this number looks likely to expand as the U.S. re-imposes sanctions on Iran and the collapse of Venezuela’s oil industry worsens.

Whether the size of the supply increase is ultimately "a million, more, or less, we’ll have to wait until June," when OPEC and its partners will meet, Al-Falih said. Novak echoed that, saying “it’s too early now to talk about some specific figure, we need to calculate it thoroughly.”

Typically, OPEC operates by consensus, meaning members that have little prospect of boosting production -- Venezuela, Iran and Angola -- would have to agree to the proposal.

Saudi Arabia has recently shown willingness to push prices higher to bankroll domestic economic reforms and underpin the valuation of its state oil company in a planned initial public offering. That appears to be changing, with the Aramco listing delayed until 2019 and Brent crude flirting with the kingdom’s desired price of about $80 for most of this month.

The USA has re-imposed sanctions on Iran and no one is likely happier about that than Saudi Arabia. That is also likely to have a played a role in the decision to help rebalance the oil market. Brent crude is no longer in backwardation between the first and second months suggesting some of the near-term pressure on supply is easing. 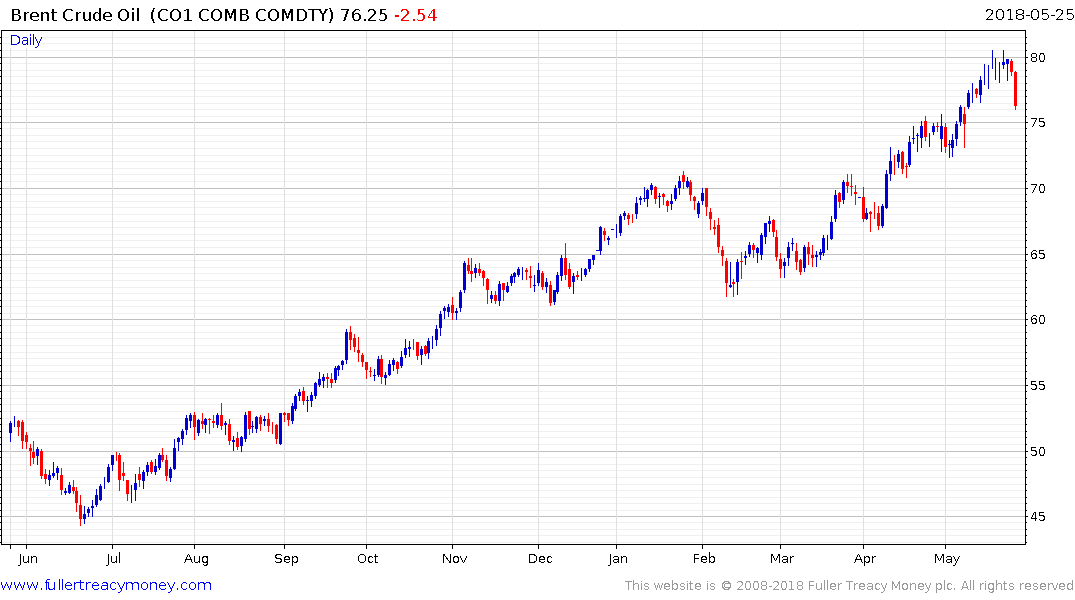 Brent pulled back by more than $2 today to take the reaction from the May 17th peak to $4. While the size of the reaction is no larger than those seen since February, this was the largest single daily decline in almost a year. It suggests $80 is going to at least represent resistance beyond the short term, downside follow through next week would greatly increase potential for mean reversion and the 200-day MA is currently near $66.

Royal Dutch Shell posted a downside weekly key reversal on today’s close, suggesting that least the short-term overextension relative to the trend mean is going to be unwound. 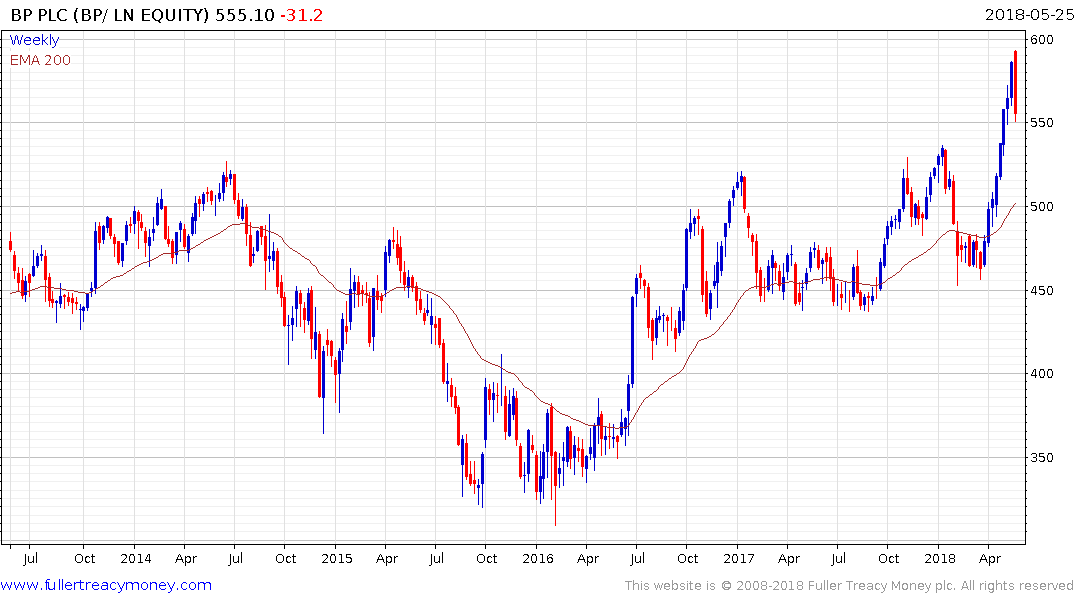 The BP has broken out of its more than 7-year range but also formed a downside weekly key reversal today. If the breakout is going to be sustained the 500p level will need to hold. 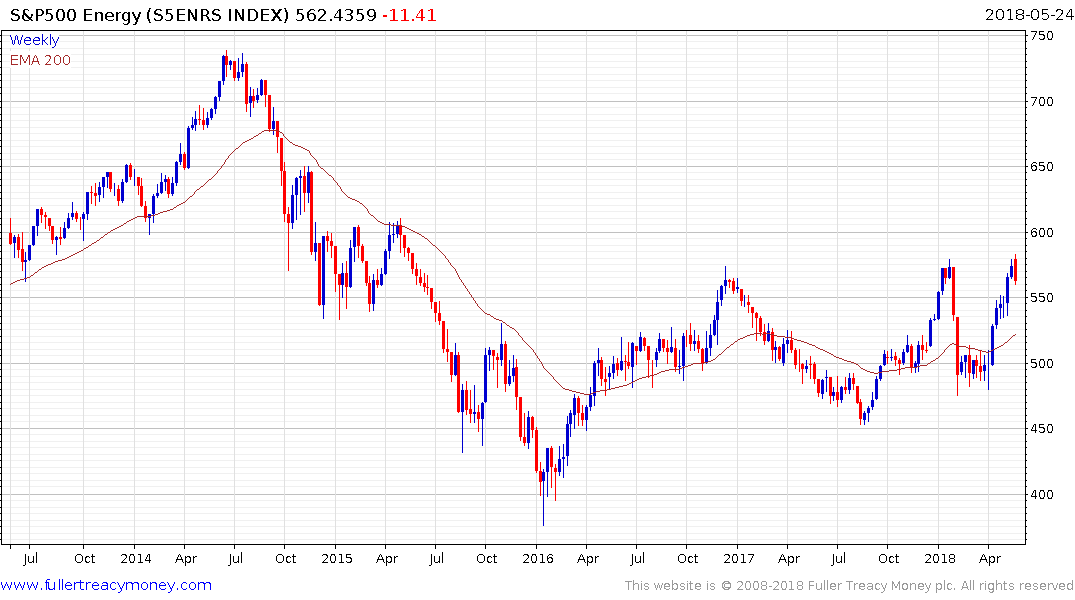 The S&P500 Energy Index also posted a downside weekly key reversal to confirm resistance in the region of the upper side of its more than yearlong range.