“If the persistent gap between OPEC+ output and its target levels continues, supply tensions will rise, increasing the likelihood of more volatility and upward pressure on price,” the Paris-based agency said in its monthly report.

Still, the economic shock could be averted if those members of the Organization of Petroleum Exporting Countries that possess extra reserves deploy them.

“These risks, which have broad economic implications, could be reduced if producers in the Middle East with spare capacity were to compensate for those running out,” the agency said.

Saudi Arabia, OPEC’s de facto leader, holds the bulk of the group’s spare capacity. It has so far resisted the idea of tapping those reserves more quickly, contending that the individual quotas set by the OPEC+ agreement should be respected.

Despite the IEA’s warnings, its forecasts still indicate that world oil markets will tip back into surplus for the rest of this year as supplies outside of OPEC+ pick up. The agency revised up its forecast for U.S. oil supply growth in 2022 by 240,000 barrels a day to 1.2 million barrels a day.

The agency also made substantial increases to its historic demand estimates for the past few years, with an upgrade of 1 million barrels a day for 2021. The revision helps account for a discrepancy between the IEA’s theoretical estimate of changes in stockpiles and what could be detected.

Major oil producers appear to be in no hurry to increase supply. That’s particularly true when the announcement of any plan to expand production is greeted by media coverage akin to the murder of innocents. What is perhaps more important is governments are increasingly walking back their commitments to an energy transition agreed to at COP26. This is one more example of incompatible trends. The world cannot both use more oil and gas, and produce less. 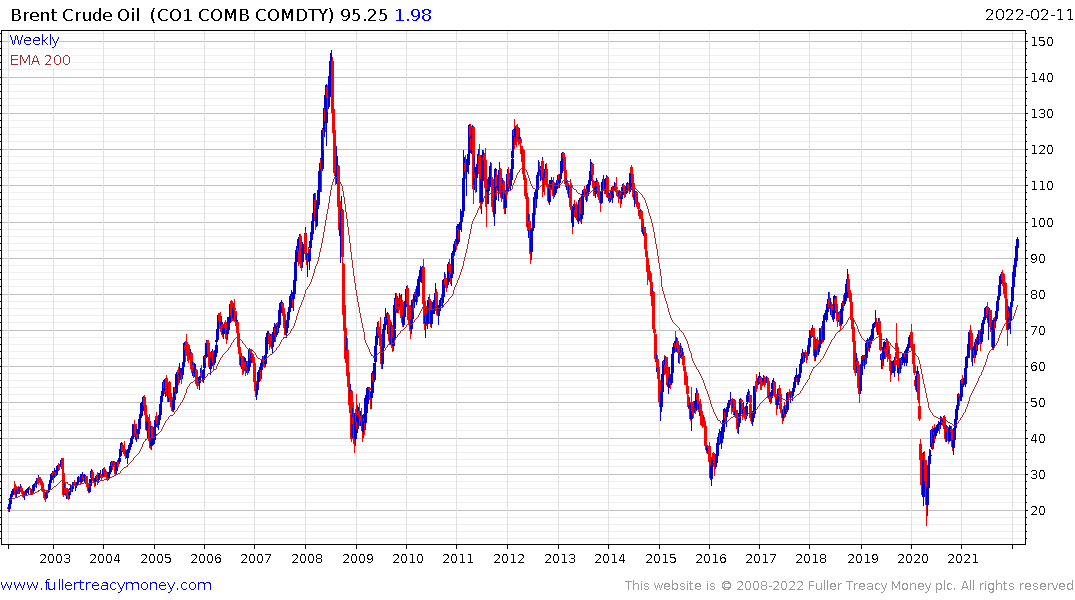 Brent crude remains in a consistent uptrend with a series of shallow ranges one above another. It is often also regarded as an inflation hedge, as well as being a cause of inflation. In a fiat currency world of depreciating purchasing power, hard assets like oil and gold offer safe havens.

In the gold miner piece I wrote on Tuesday, I highlighted the fact that gold miners with higher costs of production tend to offer more leverage on the upside when prices rise. That is equally true of oil producers. 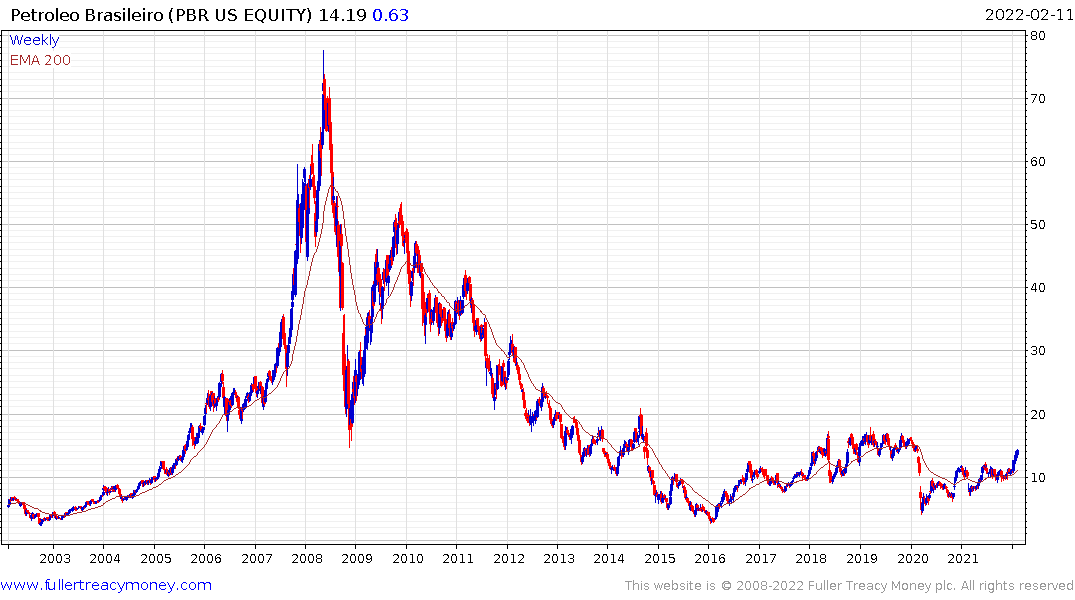 Petrobras has been boosting its dividend and reducing its debt. The company announced in November 2020 that the cost of production from the ultradeep pre-salt has declined to $35 because volumes have been better than expected. That represents about a third of total production.

There is an election coming up in Brazil and fuel subsidies are likely to increase. That will be paid for with the proceeds from the Petrobras’s windfall.

This article kindly forwarded by a subscriber may also be of interest. 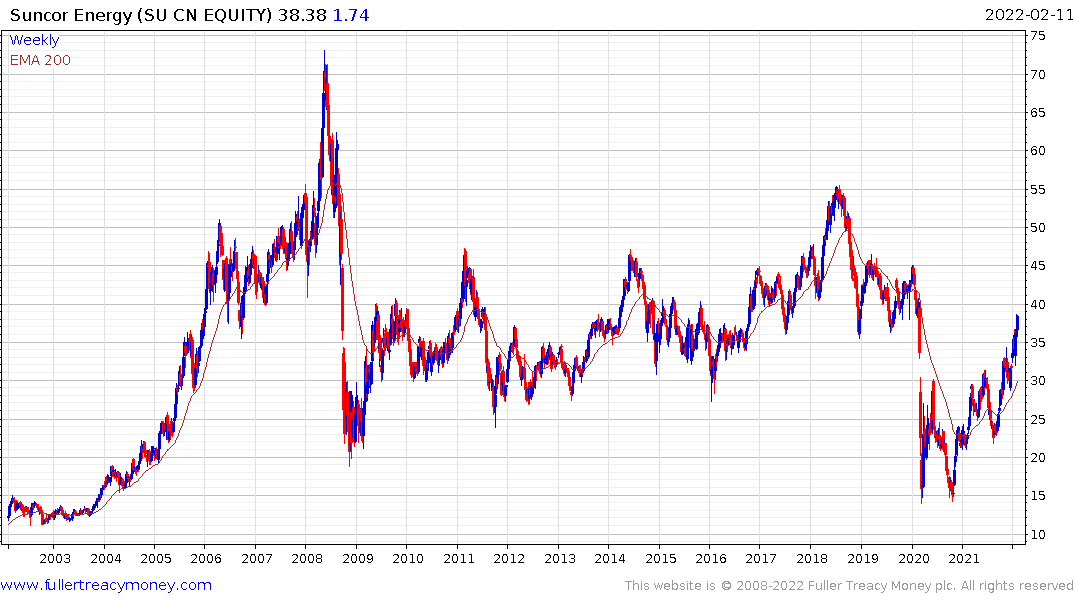 Canada’s Suncor trades on an estimated P/E of 8.3 and yields 4.48%. The share has rebounded impressively over the last year and remains in a consistent trend overall. The company has been boosting production and costs are now in the $25-$28 range with free cash flow at a decade high $7 billion on an enterprise value of $70 billion.

If geopolitical tensions boil over, ex-Russian supply should attract a premium.