"Established producers need to reconsider their production plans quickly and substantially in light of the huge production increase from U.S. shale," the agency’s Executive Director Fatih Birol said Monday on the sidelines of the CERAWeek by IHS Markit conference in Houston. Asked whether he was referring to OPEC nations, Birol said: "All OPEC producers are established producers."

The Organization of Petroleum Exporting Countries and allies including Russia, Mexico and Kazakhstan agreed to cut production in late 2016 in an effort to clear a glut in crude inventories. They defied the skeptics by going deeper than their pledged curbs and maintaining them for long enough to deplete the bloated stockpiles.

Yet the strategy has also backfired by unleashing “a new wave of growth from the U.S.” that leaves little space for OPEC to increase output once the cuts expire at the end of the year, according to the agency’s report.

The U.S. will dominate global oil markets for years to come, satisfying 80 percent of global demand growth to 2020, the IEA said. Supplies from other non-OPEC nations will make up the rest.

US unconventional supply is elastic since the pace of production can only be sustained by continued drilling. When prices are high production can be hedged out as far as two years which ensures profitability. At the same time, drilling multiple horizontal wells is a capital-intensive exercise and the sector has been issuing a great deal of debt to fund production in the hope prices will stay higher for longer. 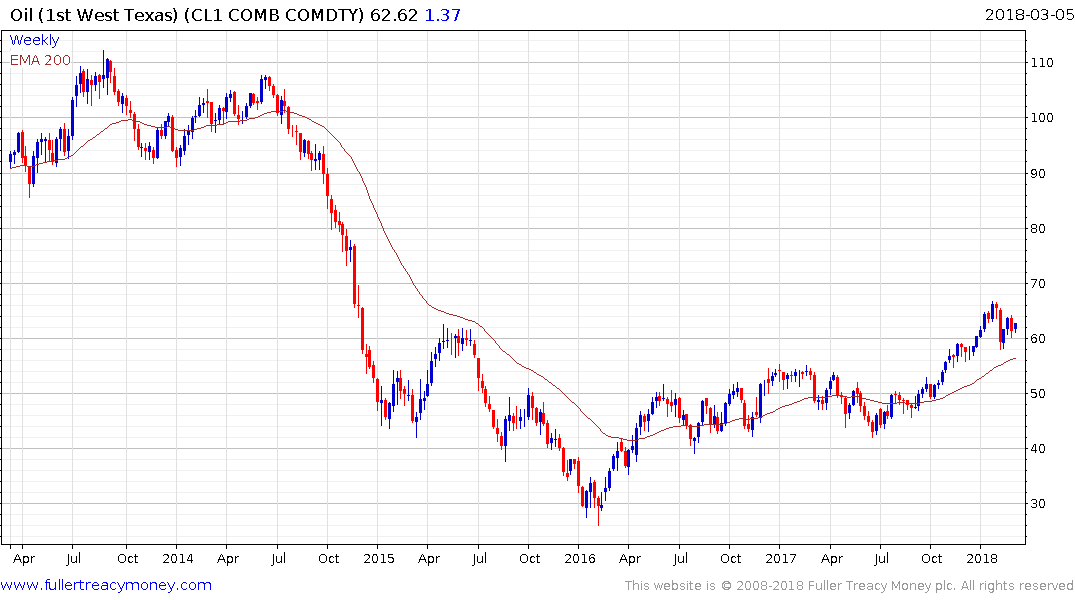 $70 appears to be a key level for many US onshore producers because it is where a lot of additional supply become economic. West Texas Intermediate bounced from above the $58 level in early February and posted a higher reaction low today. That suggests at least a retest of the peak near $66 is looking more likely. Medium-term, the higher the price goes the greater the subsequent surge in supply will be suggesting the we can expect a choppier environment over the coming months.