“It’s attracting hedge-fund speculators,” said Norbert Rücker, head of economics at Swiss private bank Julius Baer. “With this move, carbon has really come back to life this year and it’s attracted a lot of interest—we have clients reaching out to us asking about it.”

The resurgence in carbon-credit prices began in mid-2017 when EU policy makers agreed to sharply reduce the number of available credits. That has pushed up prices and allowed the carbon market to help fulfill its purpose of punishing excess polluters. With the market set up to constrict credit supply, prices should rise further still, analysts say.

The success of Tesla, in gaming the carbon credit system to its advantage, has woken the rest of the globe up to the possibilities government sponsored markets hold.

Europe’s renewed focus on green energy as part of its stimulus program has opened up fresh potential for both more money for green infrastructure and higher carbon credit prices to support its profitability. 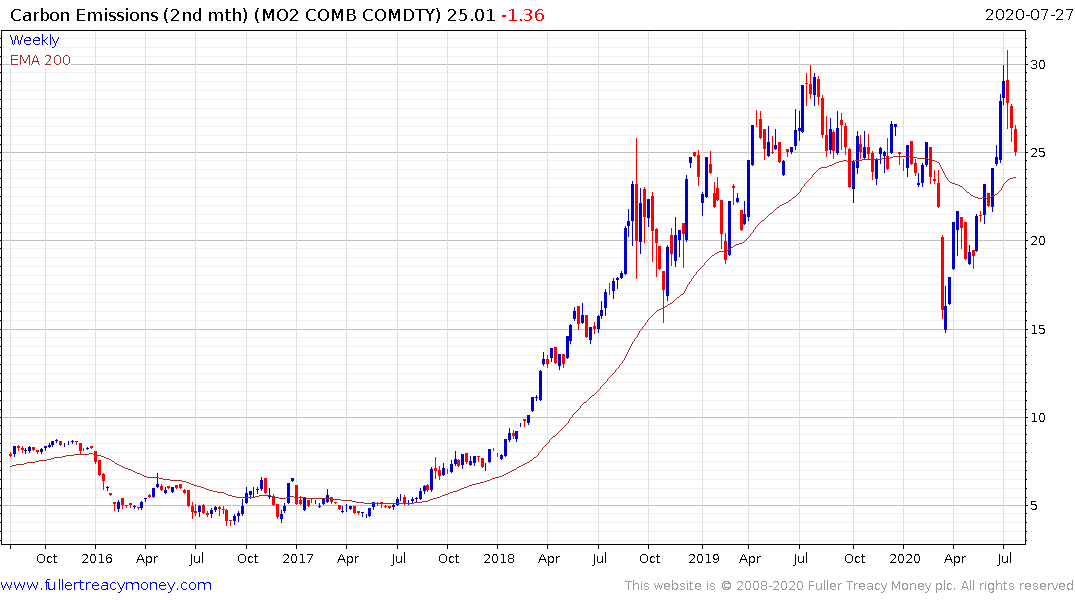 Carbon credit futures have returned to test the region of the trend mean. 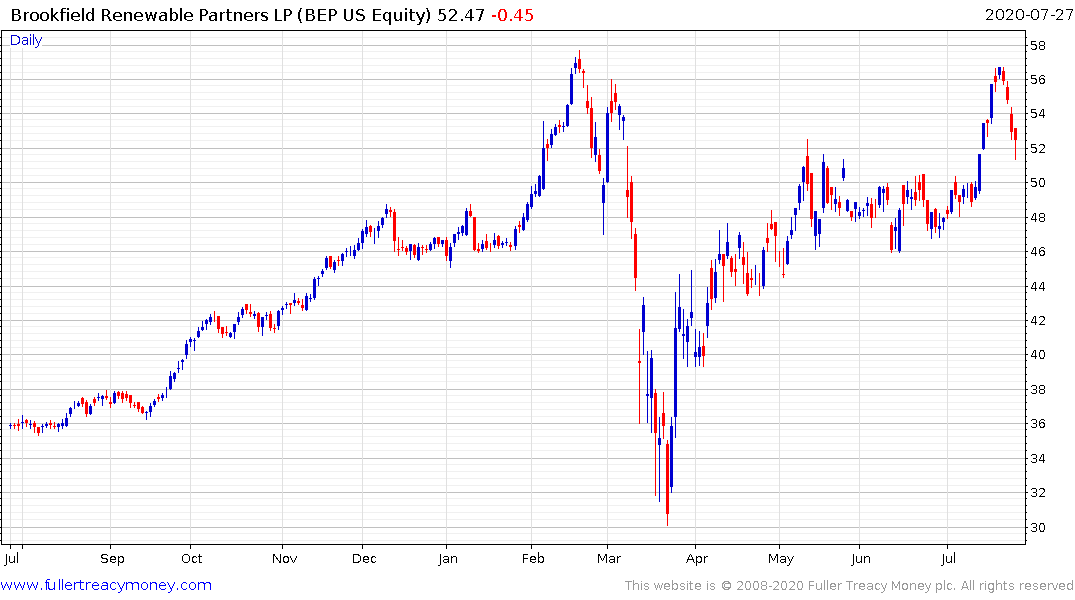 Brookfield Renewable Energy Partners has been consolidating in the region of its peak following an impressive rebound from the lows. 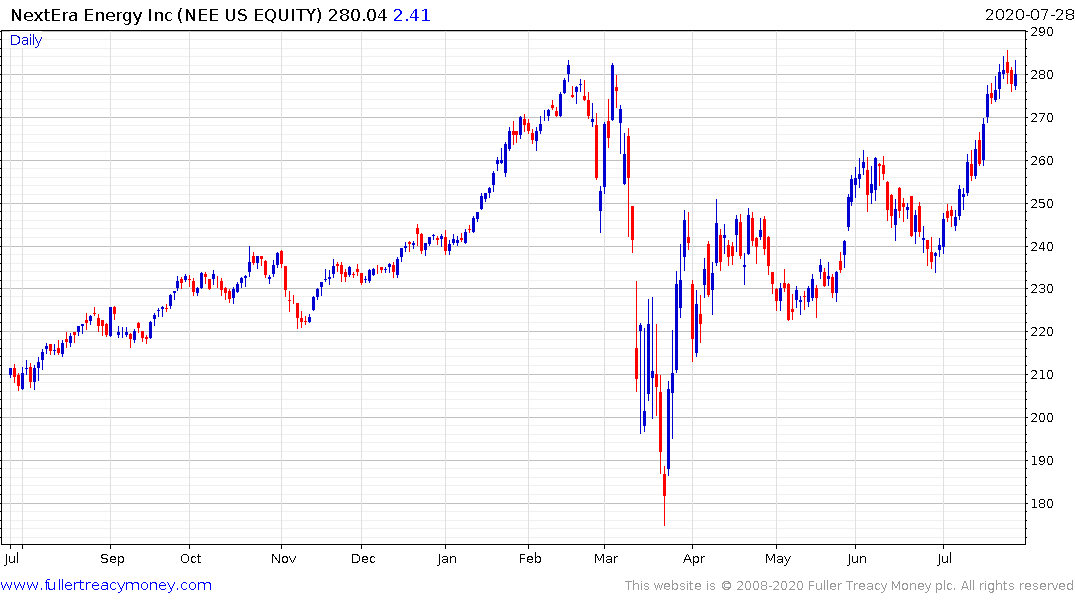 Next Era Energy is also pausing in the region of its peaks. 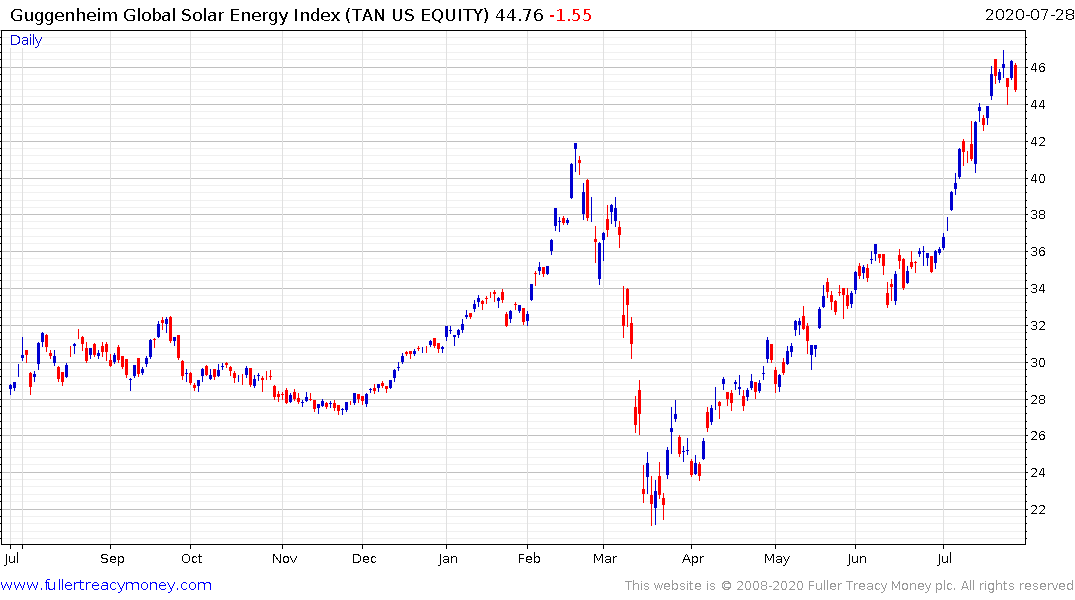 The Solar ETF is also now pausing following an impressive rally and reversion risk has increased amid the overbought condition. 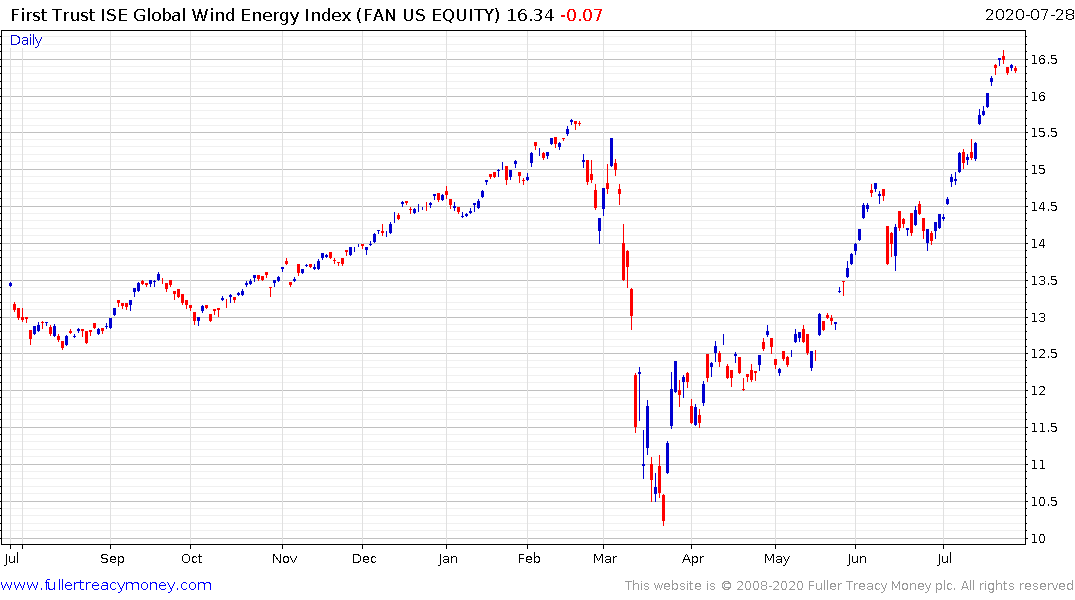 The Wind ETF surged to new highs last week and has so far held the breakout amid a wide short-term overbought condition.