“Underpinning this wave of buying is mounting evidence that Saudi Arabia has taken an axe to its oil production,” said Stephen Brennock, an analyst at PVM Oil Associates Ltd. Oil’s positive start to 2019 follows its worst quarter in four years and a 20 percent annual loss driven by panic over a growing glut of crude. While OPEC’s output plunged by the most in almost two years last month and producers have pledged to curb supplies through the first half of 2019, concerns about oversupply prevail as stockpiles at America’s main storage hub show signs of swelling.

The majority of oil executives surveyed by the Dallas Fed are still planning to boost spending in the next year, even after a plunge in prices. Saudi Arabia raised pricing for most crude grades to Asia and for all blends to buyers in the U.S. for delivery in February as the world’s biggest exporter cuts output to clear a global oil glut. As the new year begins, the oil market looks set to be dominated by big shifts in production. A few months ago, investors were struggling to comprehend just how much cash the largest oil companies were about to dump on them. Those mountains of money have now been reduced to mere hills.

Saudi Arabia following through and cutting supply is a positive development but the declining economic activity in Texas is also an important consideration since the unconventional supply is a big part of the reason for the glut which has seen prices decline so swiftly.

Brent crude has now bounced by more than at any time in the downtrend suggesting a low of at least near-term significance. A reversionary rally back towards the mean is looking increasingly likely. A higher reaction low and sustained move back above the trend mean will be required before concluding a low of medium-term significance has been found. 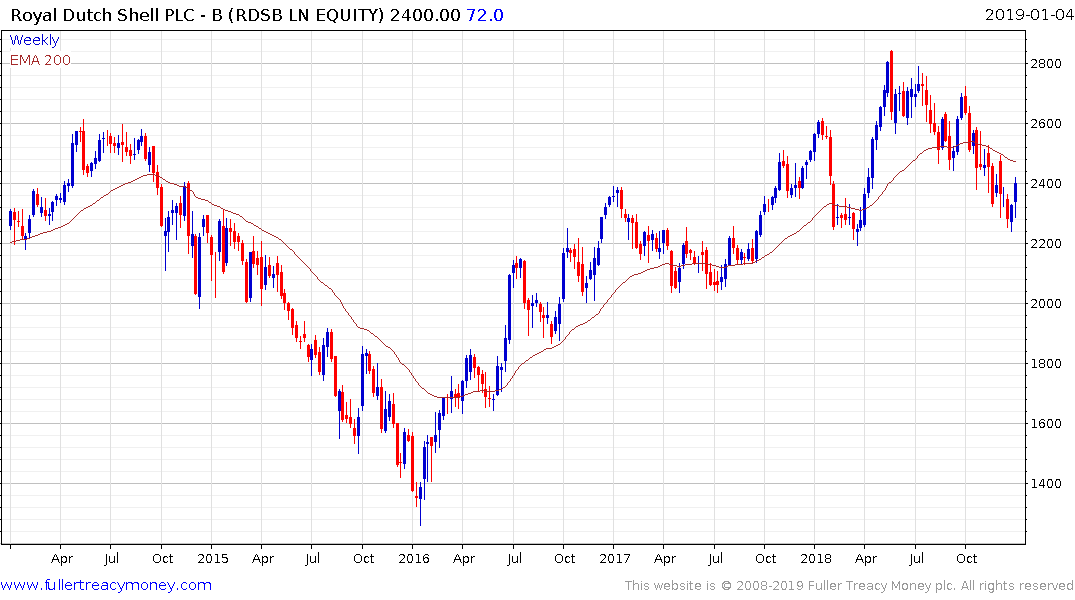 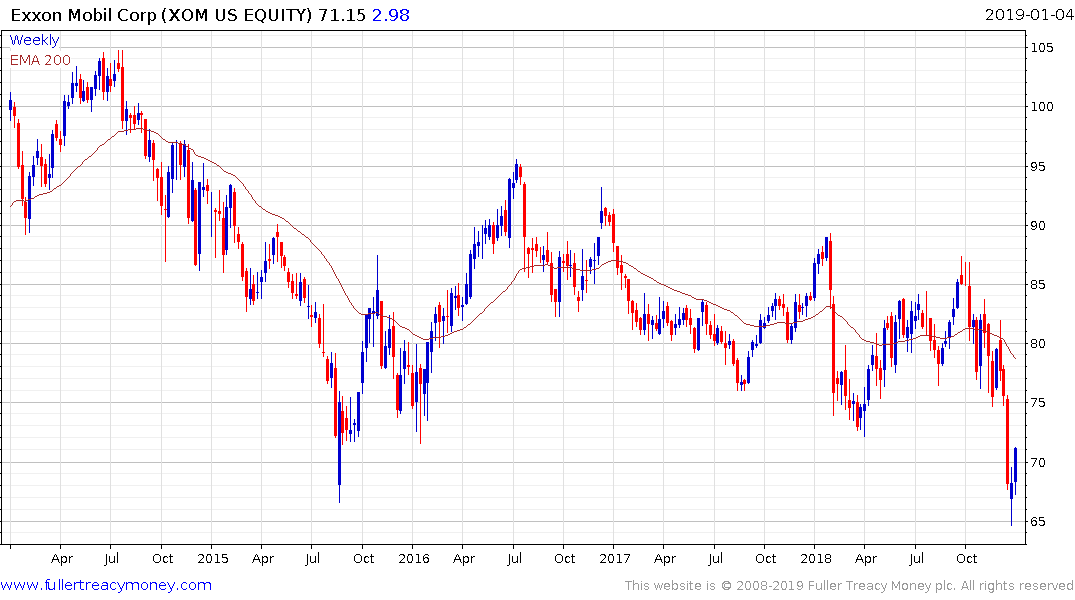