Oil slid to a two-week low as conflicting signals over the prospect of U.S. fiscal relief added to concerns over rising supply from major global producers.

Futures in New York tumbled as much as 6.5% on Thursday as the dollar moved off session lows. The U.S. benchmark fell below its 100-day moving average and if futures close below the key technical level, it will signal further selling pressure ahead.

Chances for a much needed boost for demand remains uncertain, with U.S. House Speaker Nancy Pelosi saying there are still major differences to be bridged in the negotiations over a fiscal stimulus package. Meanwhile, investors are also concerned with the unexpected return of Libyan output and higher oil exports from Saudi Arabia and Iraq. Russian exports are also expected to increase.

$40 is not a high enough price to cover the costs of most oil producing nations. The ensures many OPEC members will continue to cheat on production goals and countries outside OPEC have an incentive to pump as much as possible too. 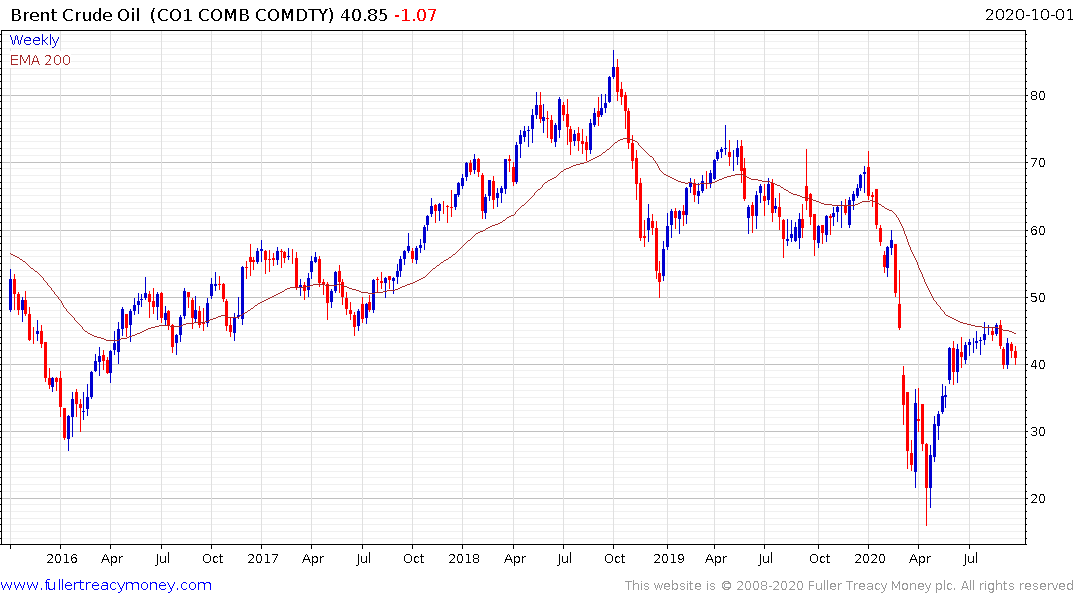 Brent Crude continues to encounter resistance in the region of the trend mean but it has so far held the psychological $40 area. Any further recovery is likely dependent on an easing of lockdowns. 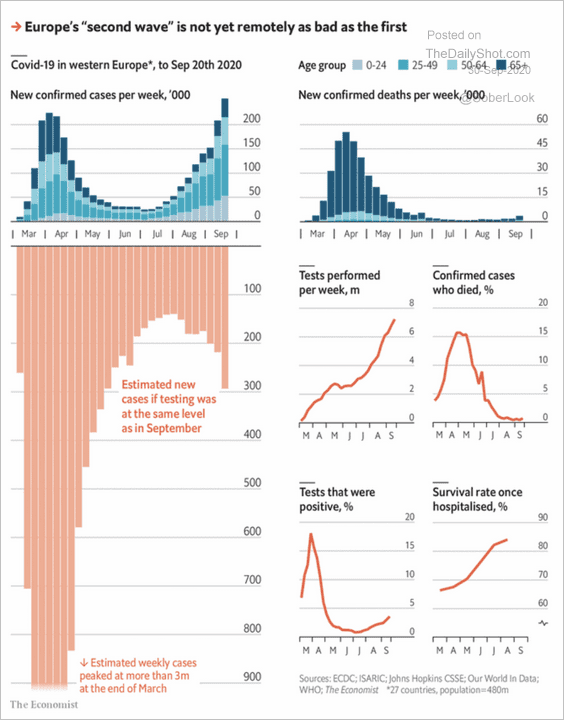 This graphic from the Economist highlights how much a rise in the number of tests performed has increased the number of cases found. Meanwhile death rates have experienced only a very modest advance by comparison. News today that New York’s cases are rising in conjunction with the reopening of schools will probably be a test case for the whole of the USA. If the death rate is kept in check the rationale for opening up will be clear. 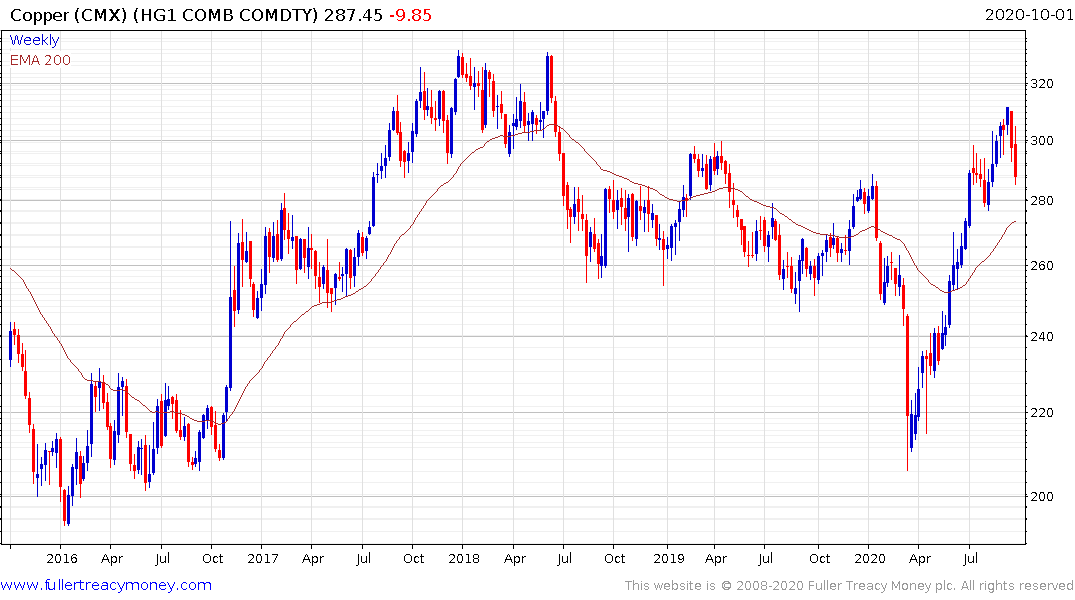 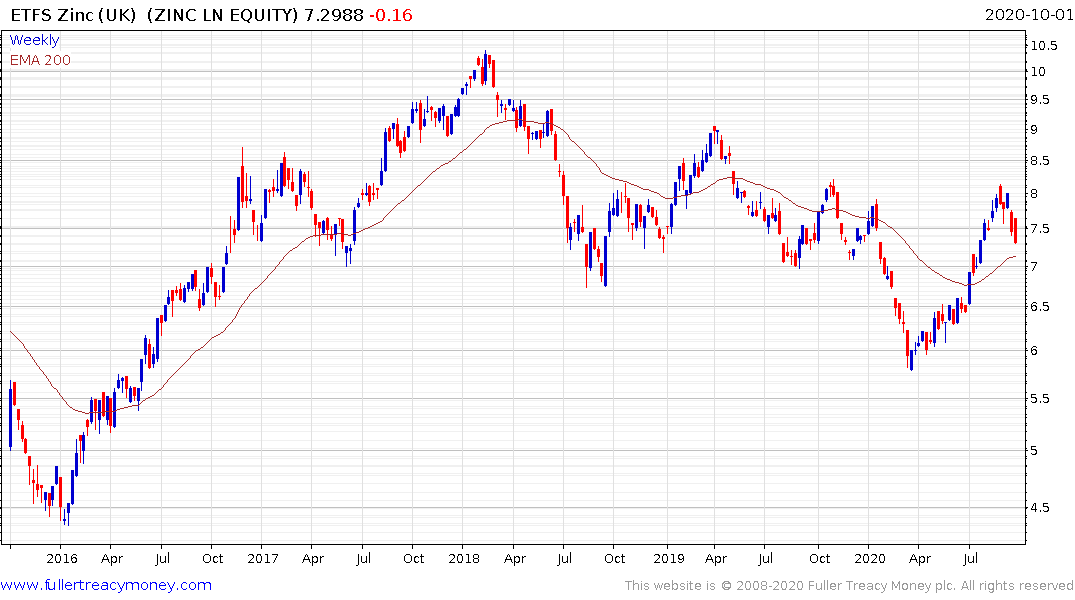 Copper, aluminium, zinc and lead also pulled back today, and in a more dynamic manner than oil. That suggests more of a global growth scare or at least some doubt about Chinese demand.