Norway has never cut rates below zero or experimented with quantitative easing, in part because most of its stimulus has been fiscal.

The krone, meanwhile, will end 2020 as the worst performing of the world’s 10 most-traded currencies, in part due to the economy’s reliance on oil. That exchange-rate weakness has helped push inflation above the central bank’s 2% target, with underlying annual consumer prices hitting 2.9% in November.

The central bank signaled that significant uncertainty remains, as the pandemic tightens its grip across Europe.

“The sharp economic downturn and considerable uncertainty surrounding the outlook suggest keeping the policy rate on hold until there are clear signs that economic conditions are normalizing,” Governor Oystein Olsen said in a statement.

Norway is one of the wealthiest countries in the world so it has ample room to support the economy through fiscal measures. As the oil price continues to rebound it will further improve domestic economic conditions and raise the spectre of rising inflation. A stronger currency, particularly when it is coming off a low base helps to keep inflationary pressures in check. That may be the clearest rationale for any country considering raising interest rates. The challenge will be that it will become a magnet for investment flows. 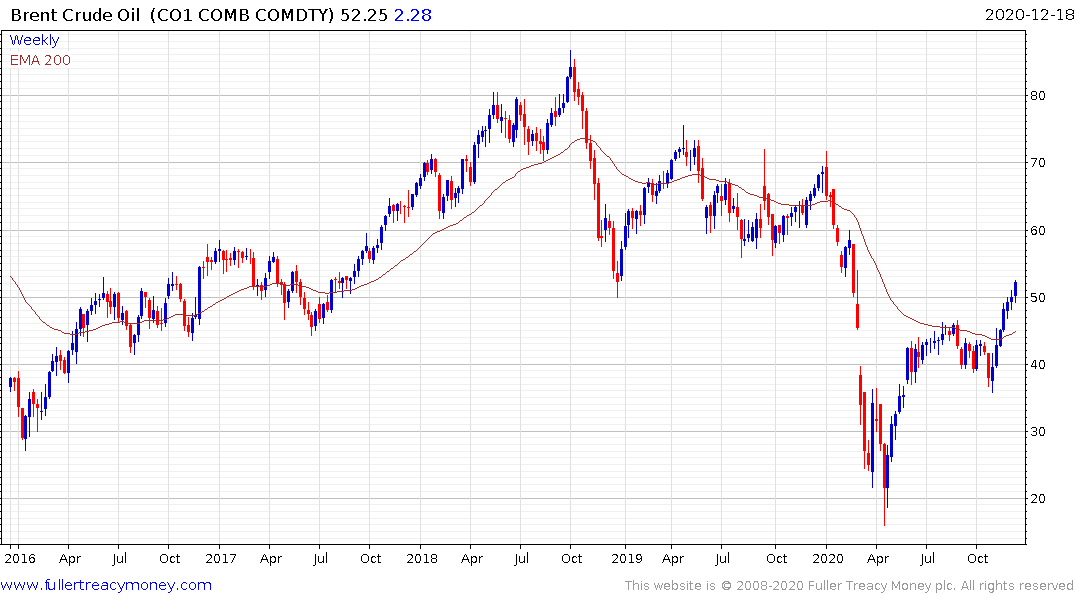 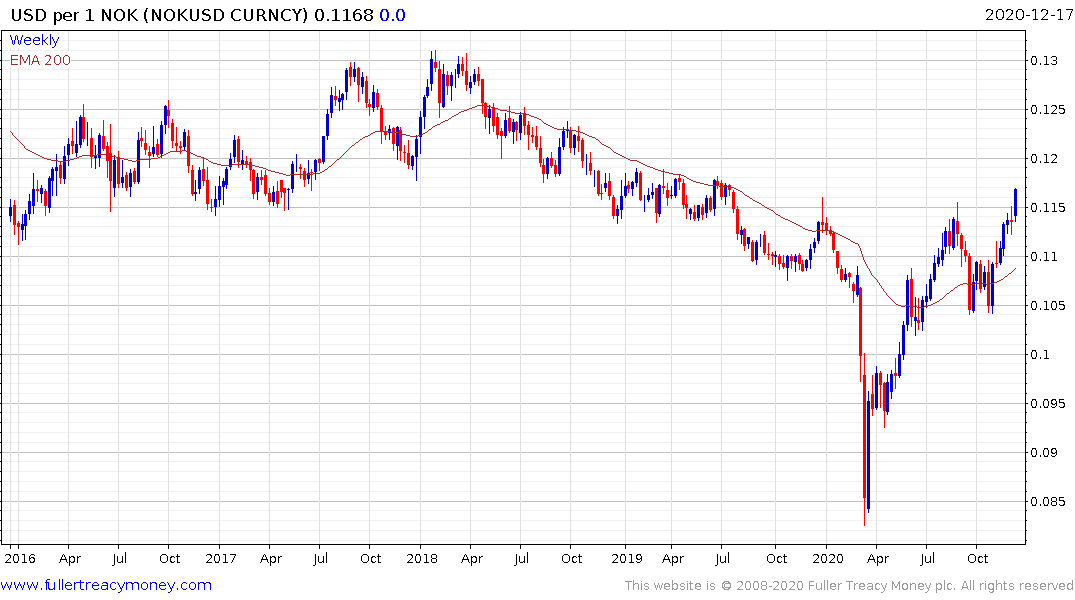 The Krone hit a new recovery high against the US Dollar today, signalling a return to medium-term demand dominance. 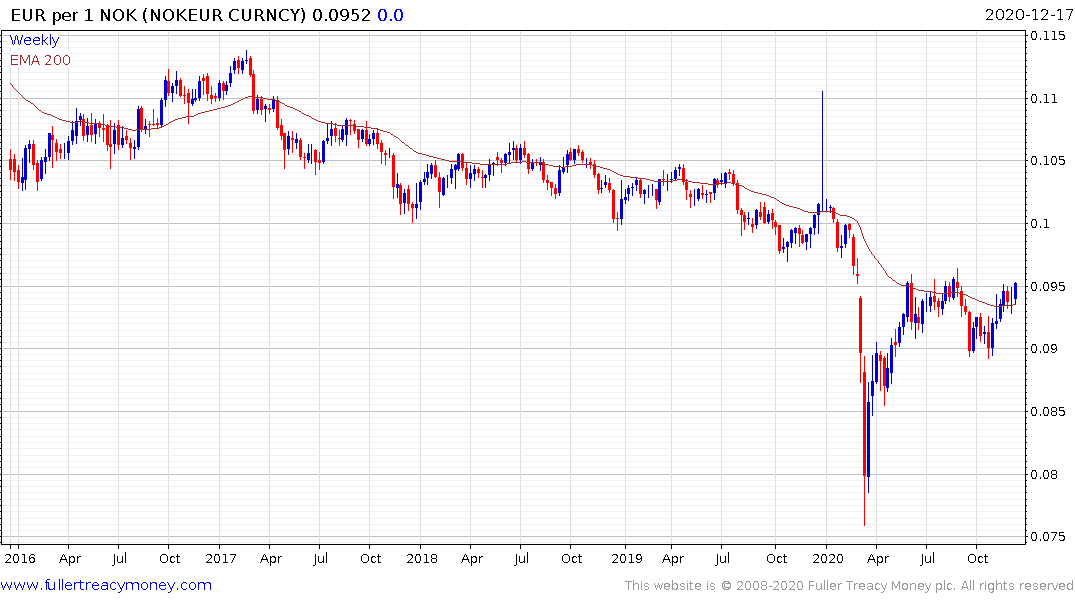 It hasn’t quite broken its downtrend against the Euro yet but that development is looking increasingly likely.

As David used to say, “happiness in the currency markets is having the trend and the central bank on your side. The countries that have come through the pandemic best are allowing their currencies to rise and have been under less pressure to cut rates. Commodity producers are also rebounding faster as demand for their products increases with expectations for rebuilding and infrastructure development growth. At the other end of the spectrum, the USA is calling out countries as currency manipulators because the Dollar is not falling fast enough.