Low prices have led to a sharp drilling slowdown in the rest of the world as well. Between February and June, the non-US rig count fell by 40% to 800 - also the lowest on record. We have often written about the depletion problem facing the non-OPEC+ world outside of the US shales. Over the last decade, thus group has seen production decline slowly and steadily as a dearth of new large projects has not been enough to offset legacy field depletion. By laying down half their rigs, this group has also ensured that future production will be materially impacted.

Analysts continue to focus their attention on what has already happened (shut-in of existing production) instead of looking at what is yet to come. The unprecedented drilling slowdown over the last three months is only now starting to impact production. Going forward, supply will plummet leaving the market in an extreme deficit starting now.

Investors are complacent because inventory levels remain high and are expected to bugger any future imbalance. This no different than the peak of the last cycle in July 2016 - an especially important fact no energy analysts have commented on. In 2016, OECD inventories were 450 mm bbl above long-term seasonal averages and wisdom dictated it would take years (if ever) to work off the overhang. On July 31st 2016, with oil at $40 per barrel, analysts expected prices to remain lower for longer. In fact, it only took 18 months to work off the overhang. By the summer of 2018, inventories were back to near long-term averages and prices had rallied to $87 per barrel.

Financial discipline has been imposed on the shale drillers so they no longer have endless supplies of cash to fund expansive drilling programs. Investors have, for the last few years, only been willing to support the most lucrative of potential operations. That has resulted in the best and most accessible resources being drilled as companies sought to achieve economic costs of production.

The biggest outstanding question about the long-term sustainability of the unconventional oil and gas markets is how much refracking a field can tolerate. The initial surge in production from these kinds of wells is driven by high pressure being released from impermeable rock formations. Going back and refracking these existing wells reboots production for at least some but at the risk of damaging the overall resource. Therefore, the question of production peak rates and the outlook for increasing costs to sustain production following those peaks is an important one.

Meanwhile it is becoming increasingly difficult to get permits to build any form of new fossil fuel energy infrastructure in the developed world. For example, this article from an ECB governing council member lauding the high cost of carbon and the requirement for diversification from fossil fuels pretty much ensures that Europe is pulling out of the oil business. The challenge is that with low prices, there will be practically no investment in new oil supply and, then only at economic levels. 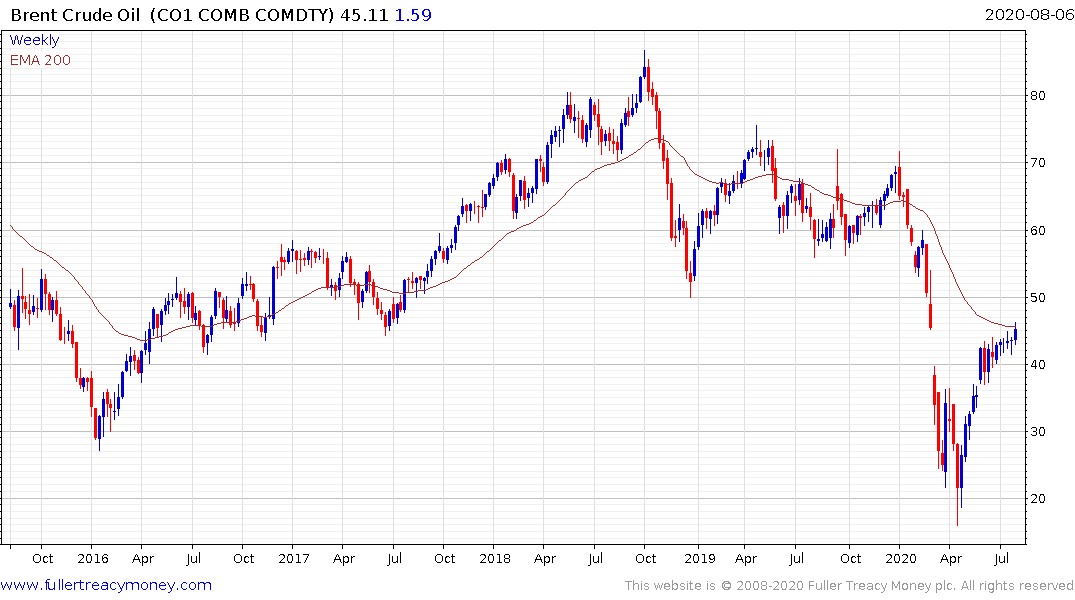 Unconventional supply is elastic and higher prices will encourage additional drilling but not until economic prices are reached. That suggests a near-term tailwind for oil prices until they get at least get back above $60. 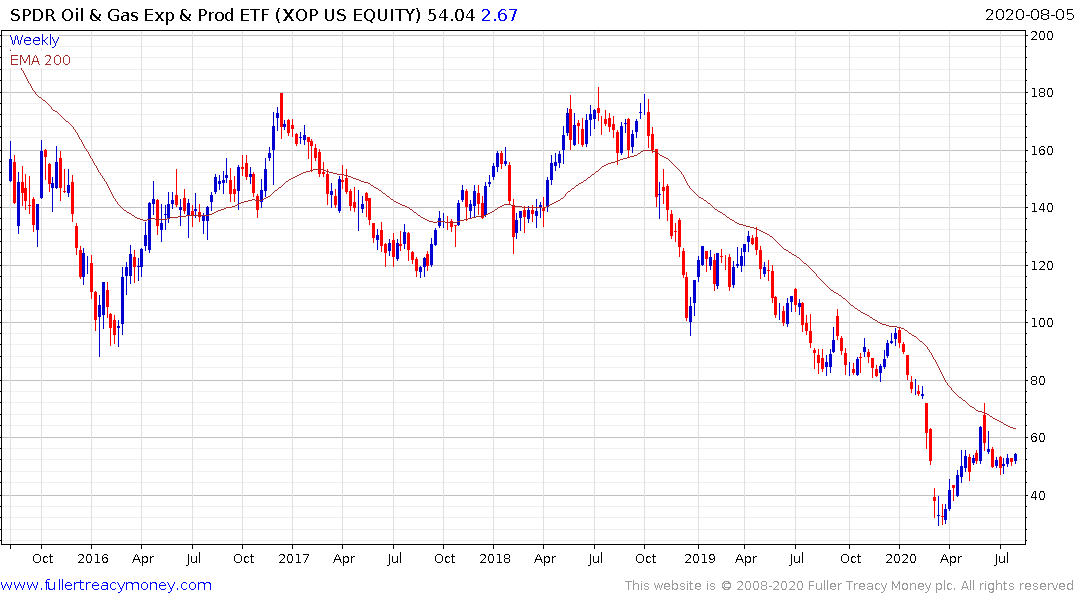