The pursuit of nuclear fusion is inspired by the collision of atomic nuclei in stars, which fuse together to form helium atoms and release huge amounts of energy in the process. If we can recreate this process we could have an inexhaustible supply of energy on our hands that brings no harmful by-products, such as carbon dioxide emissions or the radioactive waste generated at nuclear fission-based power plants like Fukushima and Chernobyl.

But to do that we need to create Sun-like conditions here on Earth, which calls to mind one requirement first and foremost – incredible amounts of heat. Tokamak Energy hopes to achieve this through what's known as merging compression, where running high currents through two symmetrical magnet coils generates two rings of plasma, or electrically charged gas, around them.

The ITER tokomak being constructed in the south of France is based on technology from the 1970s. It is coming at the problem of containing plasma by building a big containment unit which is costing upwards of $30 billion. Today, much stronger magnetic fields can be attained through the use of superconductors. That means experiments can be much smaller and cost a fraction of the ITER model.

Earlier this year a team at MIT said they could build a functioning energy positive reactor for around $300 million or 1% of the ITER project. The important point was they are using commercially available superconductors to build their experiments so no new technological innovation is required for that part of the experiment. Google is employing its artificial intelligence to model the containment of plasma which brings the time down from weeks to hours for each iteration. What these developments suggest is that fusion energy is a real possibility at some point in the next decade rather than the 30-year timeframe which has been in use since the 1950s. 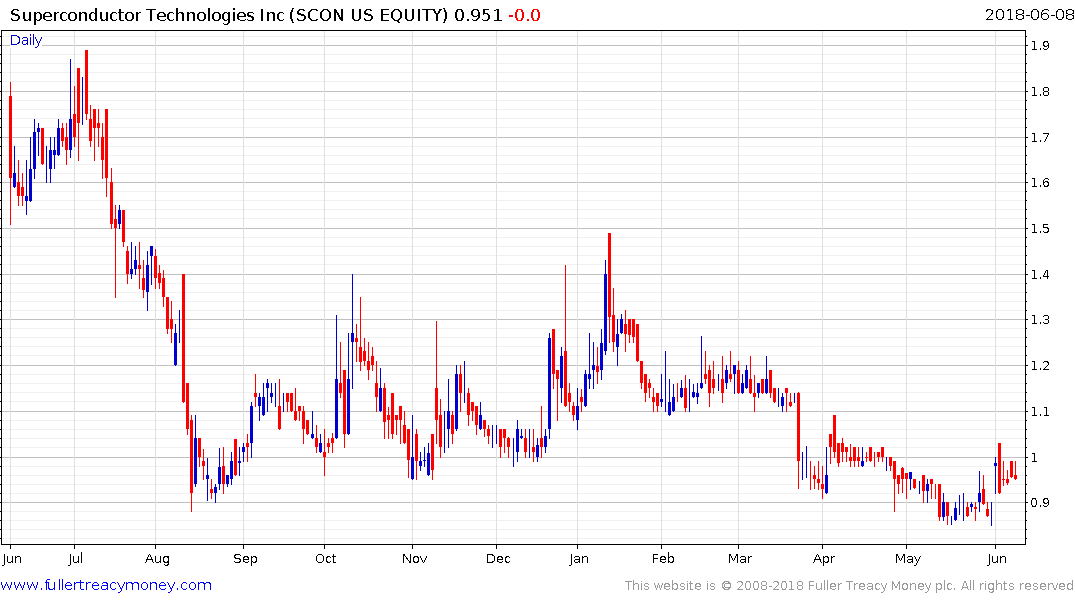 Microcap, Superconductor Technologies, is the company supplying MIT with superconductors.