Albemarle’s quarter wasn’t as easy to digest. Richardson wrote earlier on Thursday that Albemarle’s volume and earnings guidance was better than he expected, but that the company’s guidance for costs and capital spending would be a drag on 2022 cash flow.

He is staying positive on both stocks. He rates Albemarle stock at Buy with a $295 price target. He didn’t adjust he price target after the company’s quarterly hiccup. Richardson actually put Albemarle stock on his “tactical outperform list” Friday.

“The confusion from [Albemarle] investors came largely on the cost line which lead some to believe this was a structural step-up in costs [and] lower margins, and was a new permanent aspect of the business,” wrote the analyst. “We think none of this is indeed true.”

The lithium price has been accelerating higher. It’s a classic supply inelasticity meets rising demand market. Growing demand for electric vehicles and energy storage solutions is bumping up against a slow supply response.

The price of lithium has doubled so far this year. It was reasonable to expect company should be positive. During this earnings’ season any sign of less than stellar expectations for future growth have been punished by traders. With fears about higher rates, tolerance of high valuations is wearing thin. 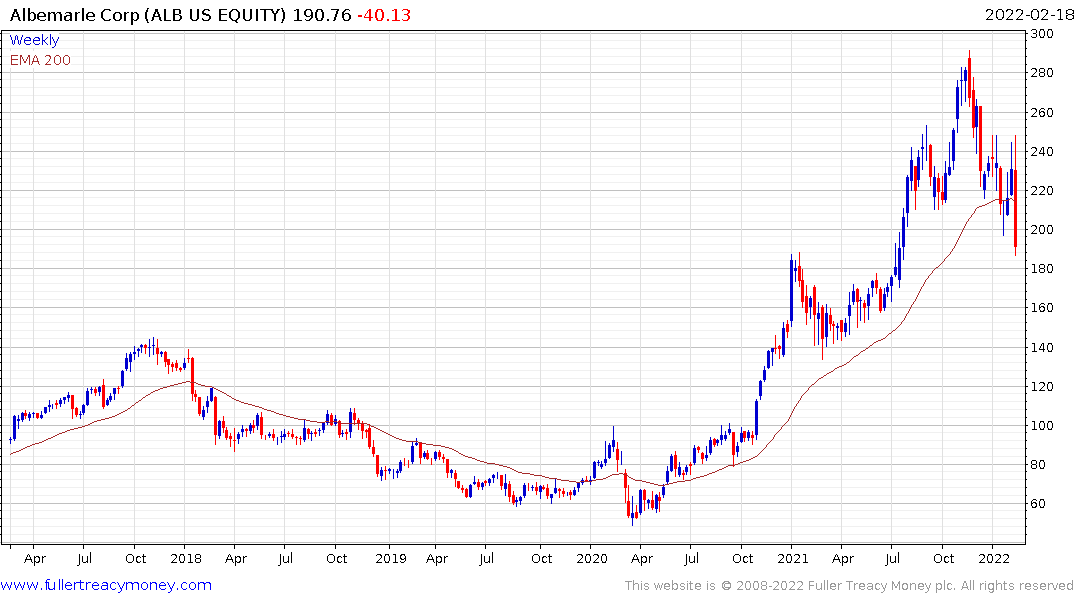 Albemarle pulled back sharply following its earnings to extend its correction. 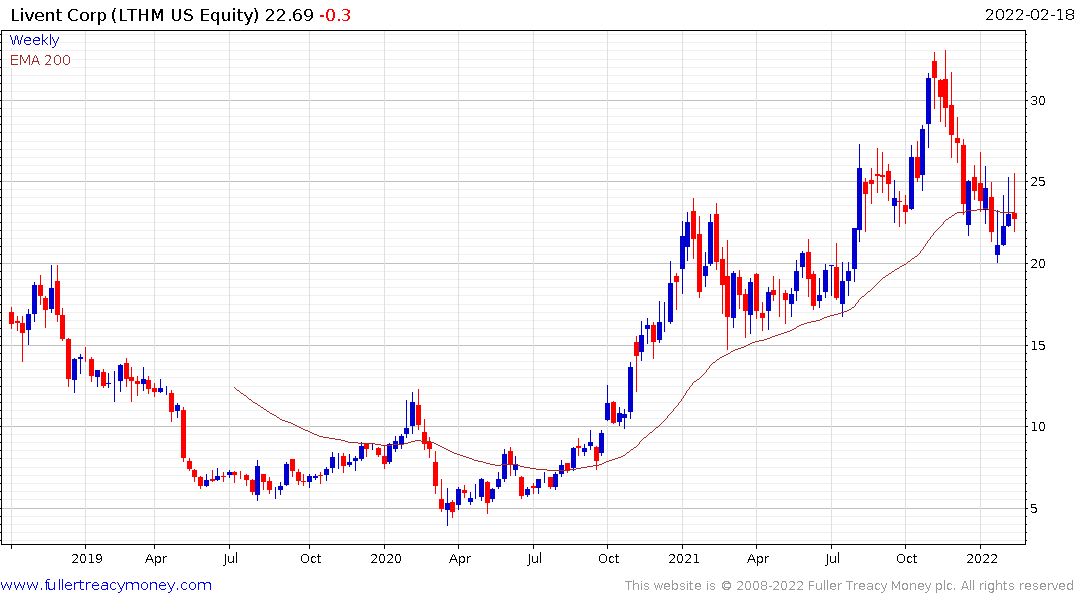 Livent is also in a corrective phase as it tests the region of the trend mean. 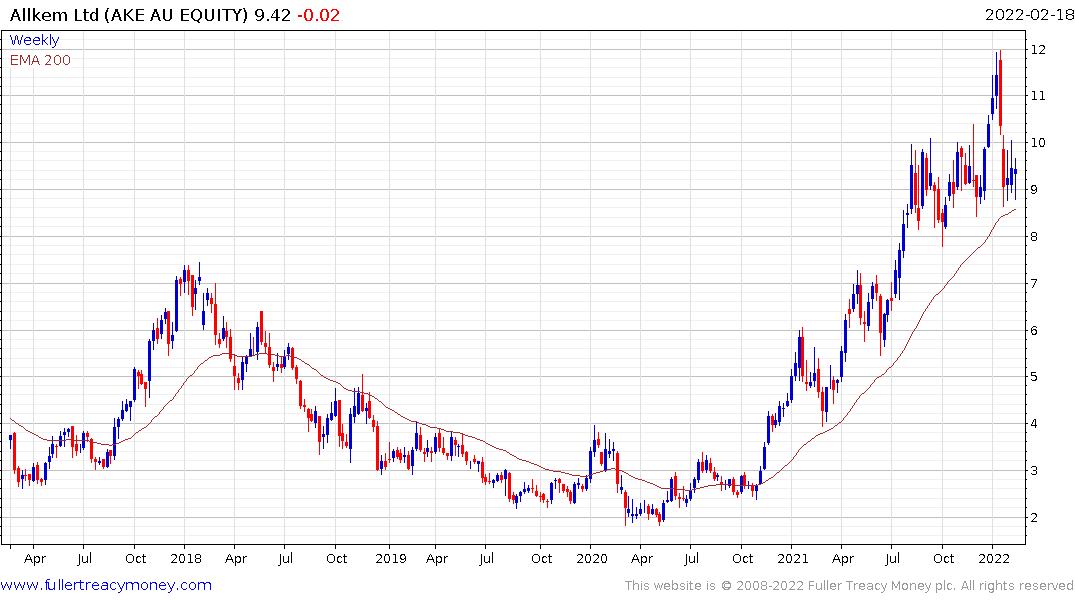 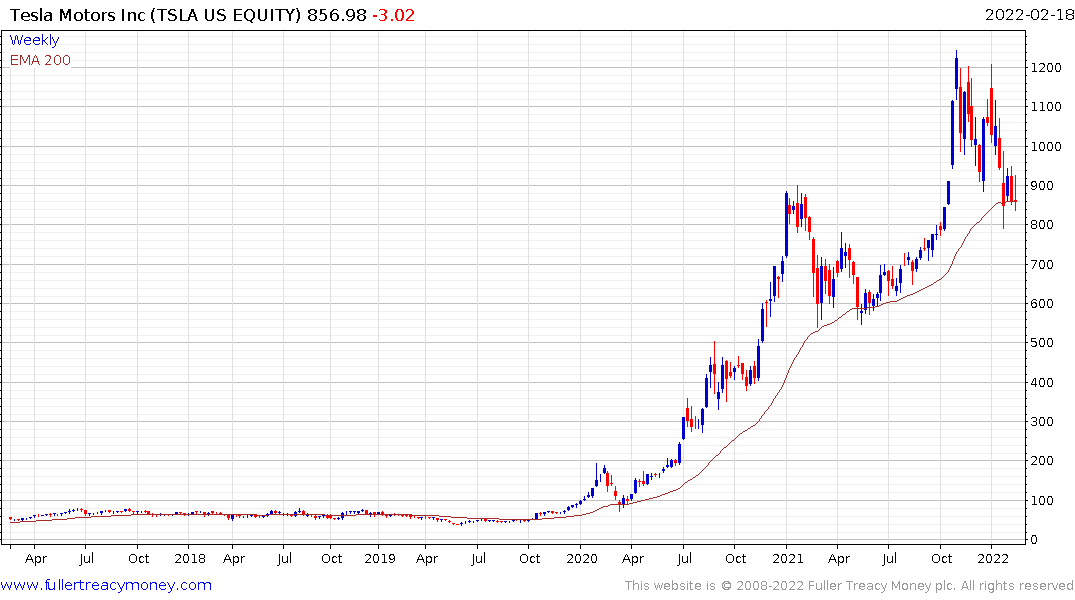 The challenge for all these companies is they have experienced weakness, despite lithium’s short-term strength. In order to justify their valuations prices will need to remain high and they will need to both keep costs under control and increase supply. Unfortunately, the acceleration in prices is short-term in nature. Shares like Tesla, Rivian, Lucid and Lordstown have experienced steep declines. That raises the question of whether rosy expectations for future demand will be fulfilled. The lithium sector has been immune from the trouble experienced in the broader renewables arena. It may need investor interest to return to favouring the renewables sector to insulate it from selling pressure. 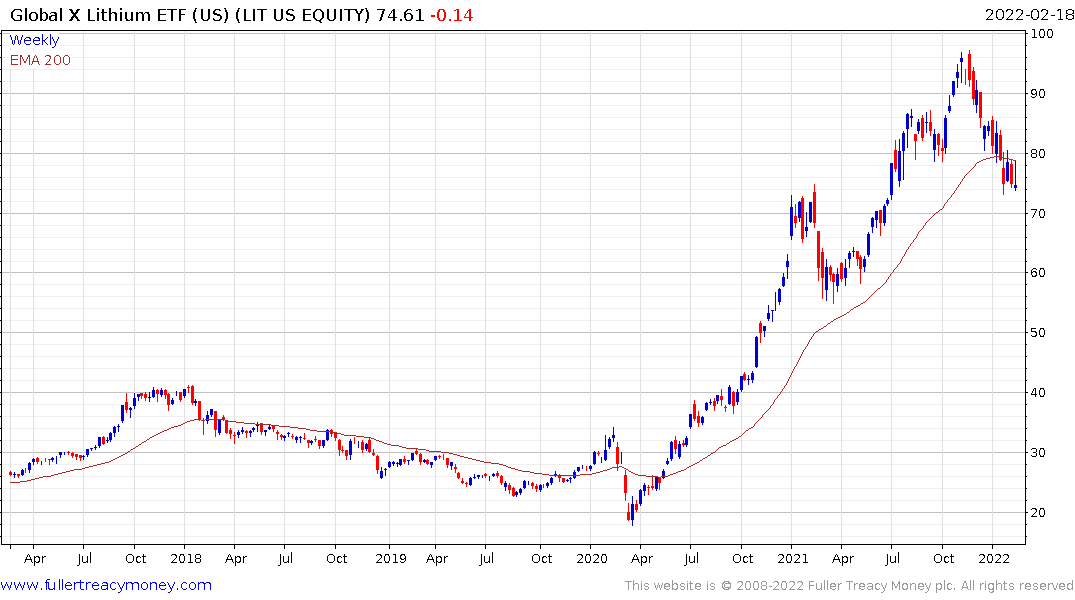 The Global X Lithium & Battery Tech ETF has a market cap of $4.69 billion and is extending its pullback below the trend mean. It holds both lithium miners and battery manufacturers so it has capacity to act as a negative catalyst for lithium miners in the event mega-caps like Tesla extend their pullbacks.