Hello, that article on gold by Ambrose-Pritchard for The Daily Telegraph also refers to the $4.5 trillion in US dollars borrowed by emerging countries. With today's devaluation of the Yuan this Bloomberg article identifies the Chinese airline companies that got hammered because of the significant debt they hold in US$ terms. As the trend for rolling over US$ debt plays out in a couple of years perhaps we should trim some of our EM holdings ahead of the curve. If so, what to trim. It may be useful to know which EM sectors/companies hold significant US$ debt.

Thank you for the above article and this question which is sure to be of interest to subscribers. I would welcome some detailed research on emerging market issuers and their US Dollar exposure. Hopefully someone in the Collective has access to this information.

At The Chart Seminar in Chicago last year a Peruvian delegate highlighted the risk of Dollar strength to the domestic market and the impact it was having on demand for consumer goods. He postulated that it was going to represent a problem for a number of Latin American issuers. This was a common sense point.

Following a fairly lengthy perusal of US Dollar denominated issuers this morning two companies with large US Dollar exposure are energy related, not least Brazil’s Petrobras and Malaysia’s Petronas.

Both have been negatively affected by the strength of the Dollar and low energy prices. These factors have also contributed to corruption issues coming to light in both Brazil and Malaysia. 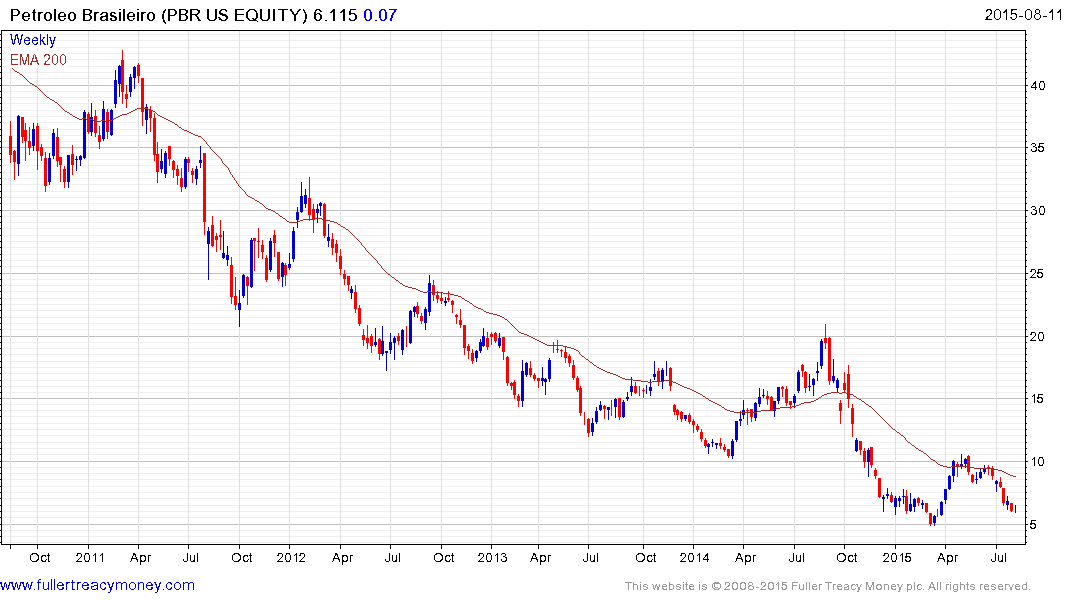 Petrobras remains in a reasonably consistent downtrend and would need to sustain a move above the 200-day to question medium-term supply dominance. 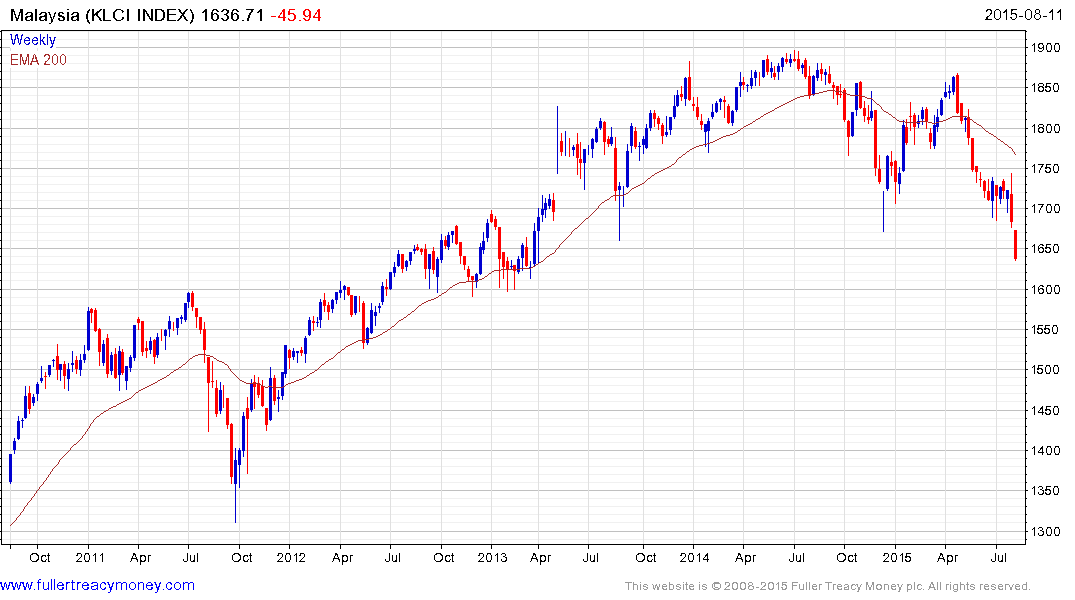 Malaysia’s stock market Index is breaking down from a Type-3 top in nominal terms. In US Dollar terms, the performance is worse.

According to this article from the Institute of International Finance Turkey has also seen its US Dollar debt load increase substantially over the last decade. 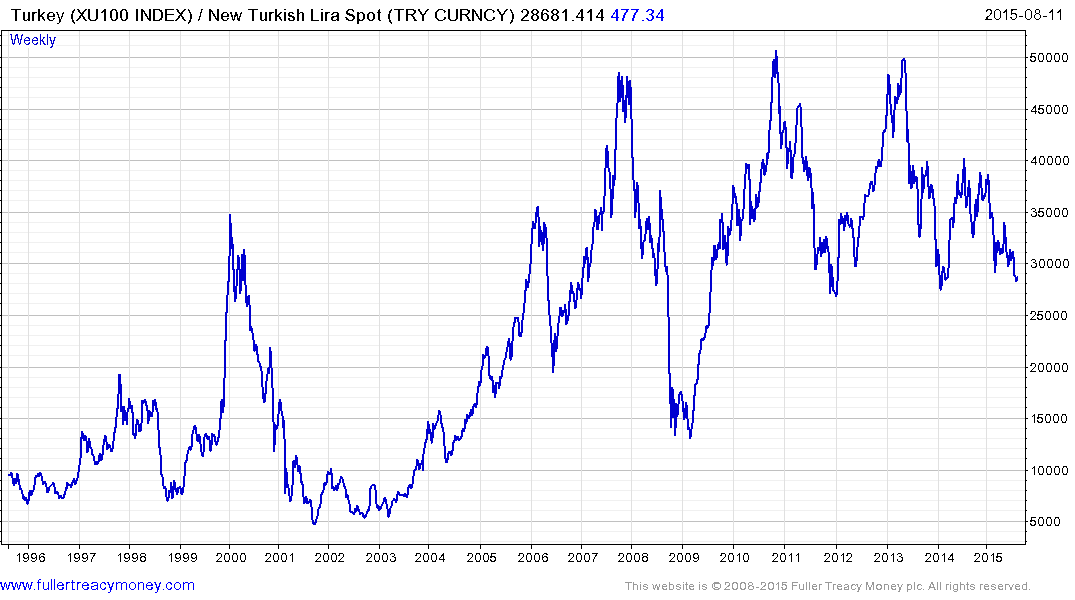 This US Dollar chart of the National 100 Index demonstrates how much of an influence the weak Lira has had on performance.

This article from yesterday’s Wall Street Journal talking about the US Dollar debt of Australian miners highlights the problem of higher repayment costs is not confined to emerging markets. 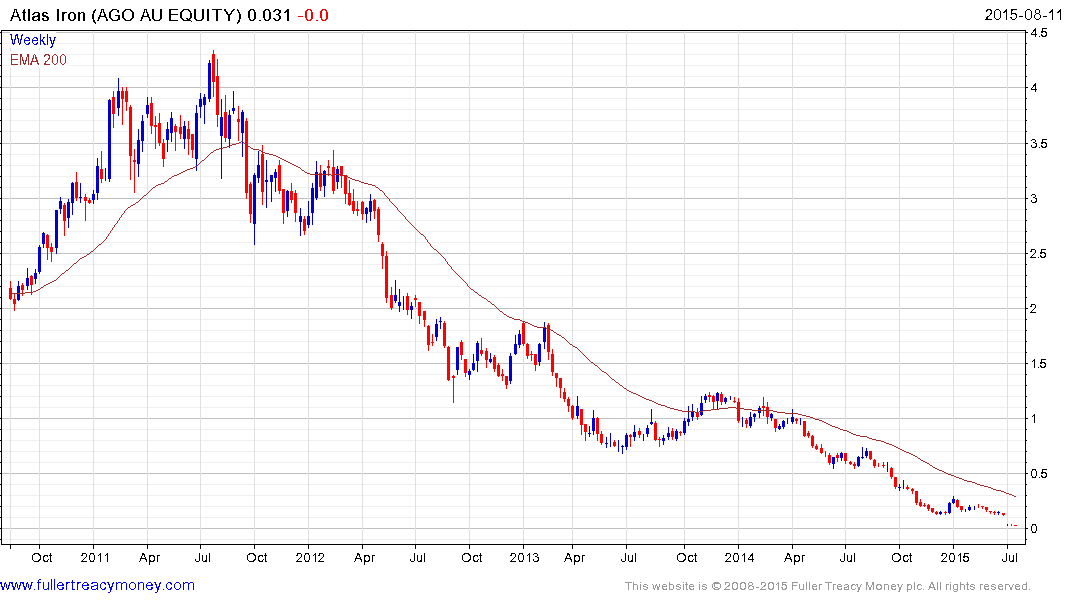 Atlas Iron Ore is flirting with insolvency as a result of the decline in iron-ore prices and the weakness of the Australian Dollar. 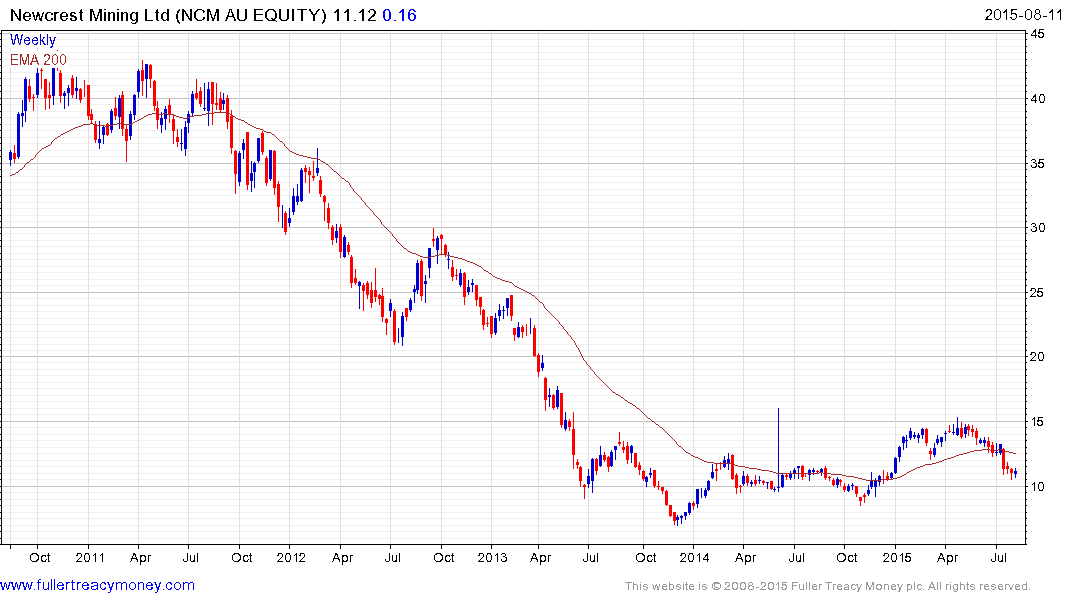 Newcrest on the other hand is potentially in a better position because the gold price has been reasonably steady in Australian Dollar terms. 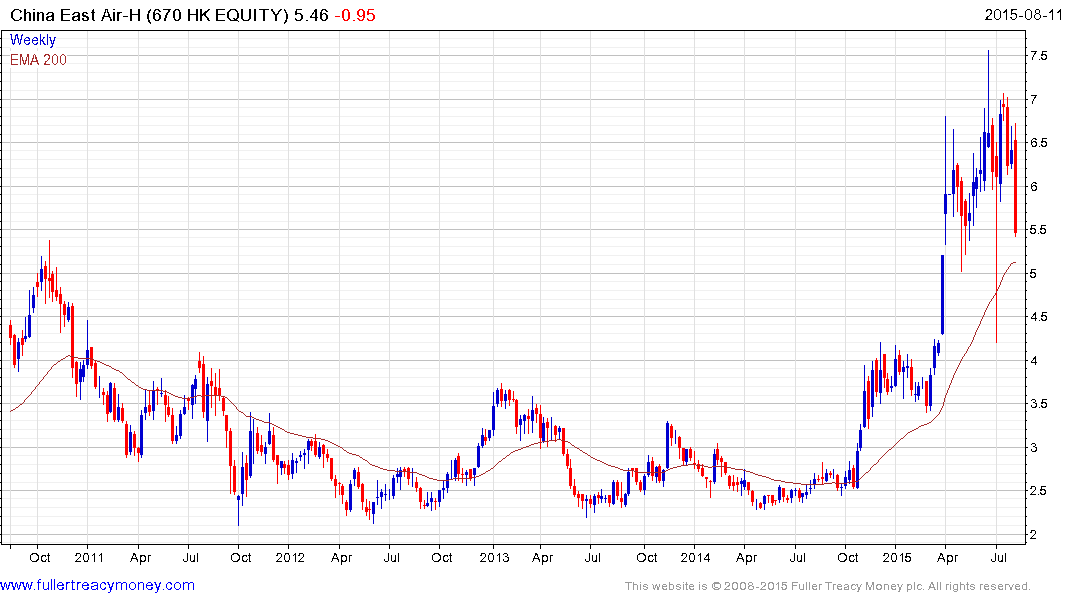 China Eastern Airlines pulled back sharply today on the devaluation news but also on the fact that Chinese are the world’s most significant tourist spenders and have just seen their purchasing power diminish. The share will need to hold the region of the 200-day MA if medium-term scope for additional higher to lateral ranging is to be given the benefit of the doubt.