The Emerging Market (EM) share of world output in the last 20 years doubled from 19% to 38% with the EM world growing at about double the rate of the Developed world (DM). This kept the total world growth at a 3-3.5% range over the last decade despite every region in the world growing a little slower than in the previous decade.

The implications of the swings in the global deflator and the FX on businesses and global incomes was much larger than most imagined which is visible in Fig 1 above. It breaks down the nominal world output and its components showing that the world in real terms grew at a pretty even rate of 3-3.5% through most of the last twenty years, with the swing in the ‘Deflator+FX component’ creating the big booms or bust feel in the world.

We are entering another such ‘Supercycle’ which was born about a quarter ago. Our definition of a supercycle is nominal World Output growing at 8-10% for a few years lifting most boats globally. Our view on the components of this global Supercycle are essentially building in a few key assumptions –

1. The World growth in real terms continues in the 3% +/- 1% range after normalizing to pre Covid levels in real terms by 2022. This is line with the IMF and many other estimates.

2. We expect the Global deflator to stay elevated in the 2-4% range for the next few years driven by stimulative fiscal and monetary policy by most large world economies. This would be aided by a weaker US$ and concurrent to it.

3. The US$ weakens 3-4% per annum for the next few years with rising deficits, with the Chinese Yuan doing the heavy lifting on the other side. The Yuan weakness in the previous few years had prevented this from playing out earlier. This paves the way for a strong Asian and EM FX basket which together account for about half of the world output. This is in a way similar to what happened in 2003-2005.

GHere is a link to the full note.

Thanks for this interesting missive which may be of value to subscribers. Here is an additional note from the sender:

“My 2 cents to their argument is that it's a flawed comparison. It's difficult to see a repeat of the driving forces which led to 2002-2007 global growth spurts.

“Primarily accession of China into WTO in 2001 was main driver. This led to metal, soft/ hard commodities, agricultural products prices more than doubling during that period. Emerging economies also had ample current account surpluses from the savings and repaired balance of payments after 1998 AFC.

“These conditions are nowhere close even if one considers recovery from Covid by 2022.

“China is still propping up the world with its demand now but nowhere close to levels seen in 2002-2007.

“The author also makes some general statements about the next super cycle without substantiating what will drive this scenario.  Lots of proprietary growth data assumptions but sorely lacking in substantiating evidence.”

I agree we are in a very different environment today than we were in the early 2000s. However, the number of similarities in terms of liquidity and relative valuation of commodities is certainly worth a second look. 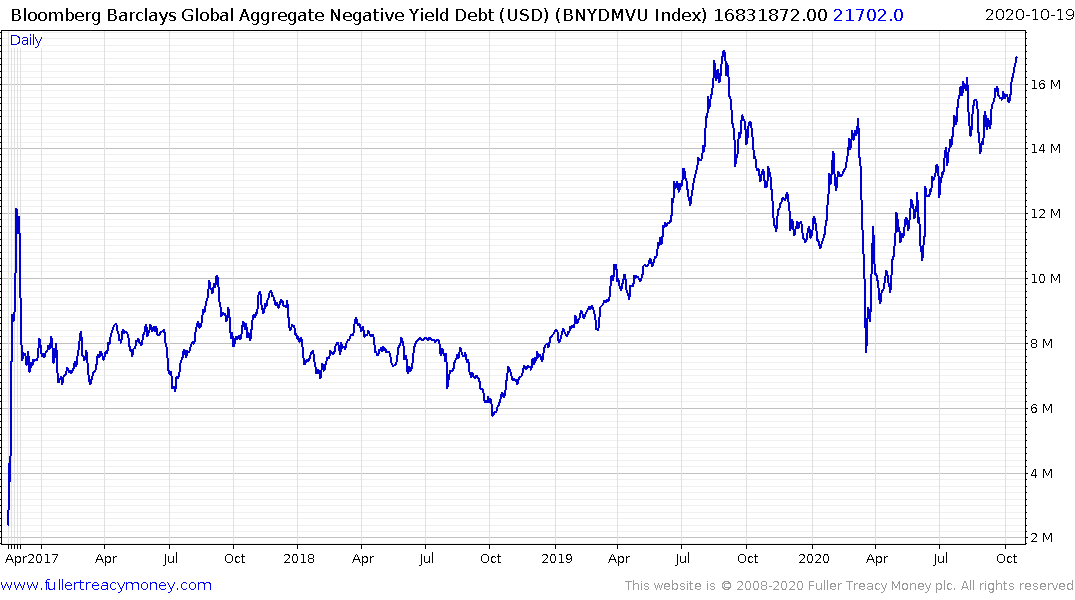 Europe, Japan, the UK and the USA all have close to zero interest rates and the number of bonds with negative yields are approaching the all-time near $17 trillion. 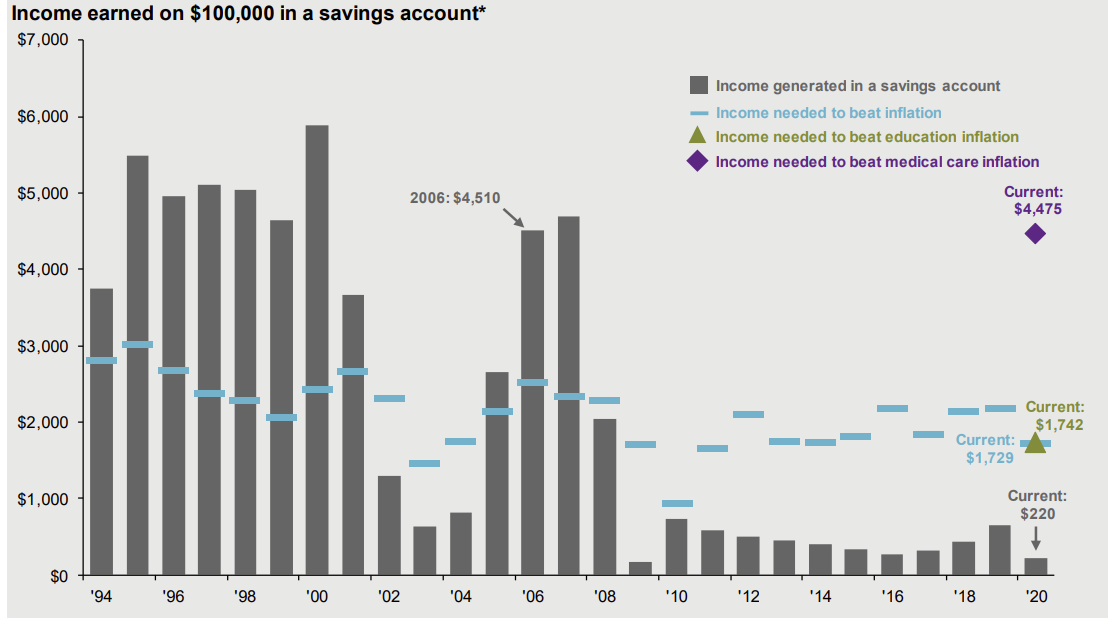 It is impossible for savers to either earn an income or outpace inflation with a deposit account. The mantra today is “you need to speculate to accumulate”.

The pandemic has led to a hiatus in activity but the monetary and fiscal response has been incredibly profound. It is also likely to be long lasting. That is putting downward pressure on the purchasing power of developed market currencies.

Meanwhile, whatever way you look at it, emerging markets are likely to outpace developed markets in terms of growth. In a world starved of returns a positive yield is valuable and a strengthening currency makes all the difference. 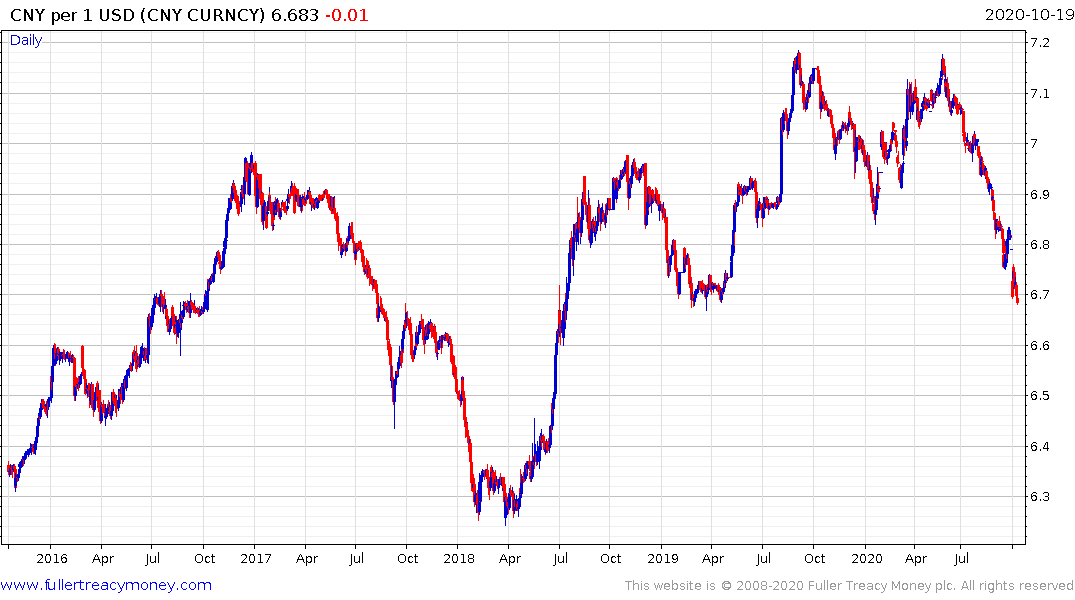 China’s Renminbi is strengthening and that is likely to act as a leash effect for the wider emerging market currency sector. 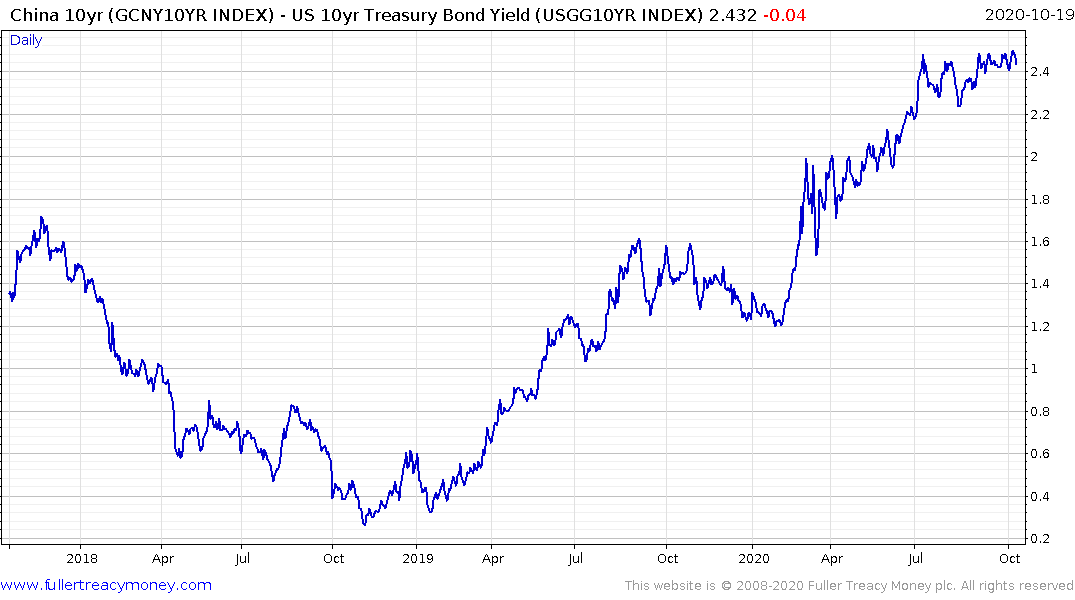 The wide spread between Chinese and US government bond debt is likely to compress, with a strong likelihood of US yields rising. 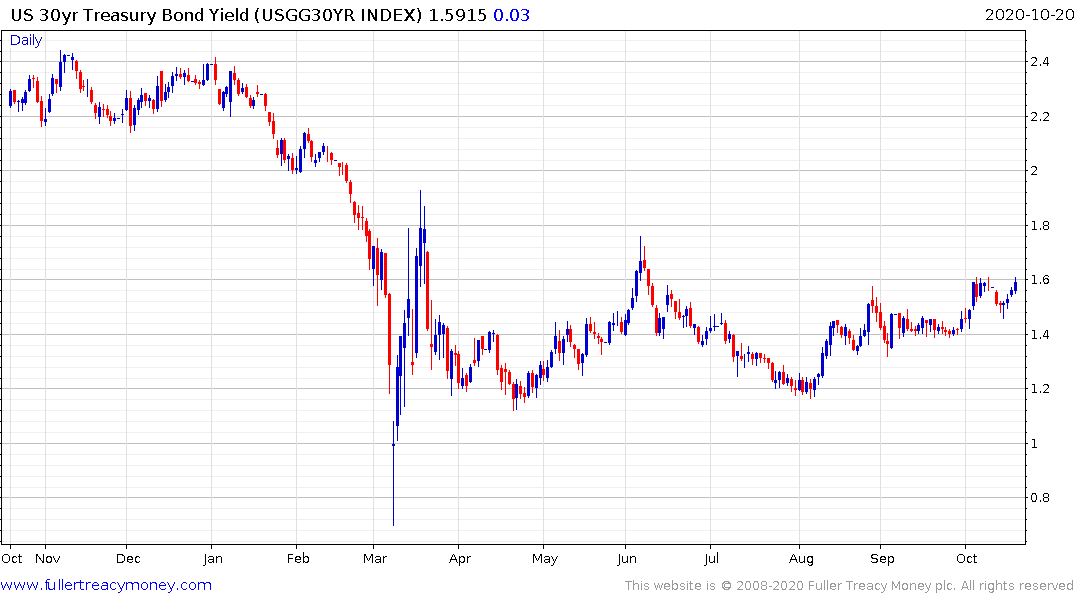 That is already occurring at the long end of the curve. 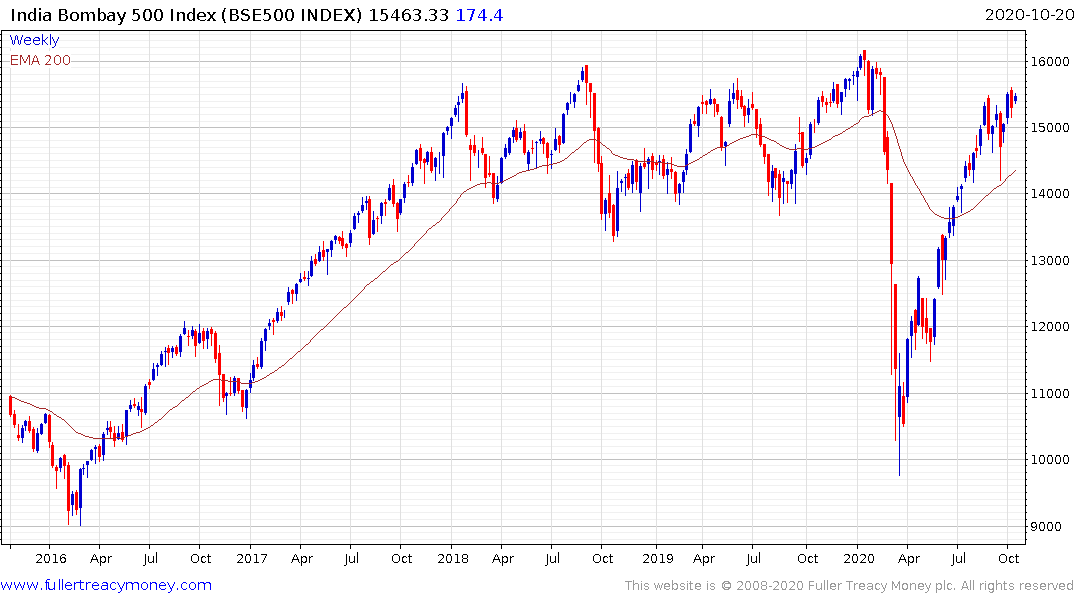 The big development play of the next decade is India. It has a massive young population and a critical need for infrastructure and jobs. It is also likely to be a primary beneficiary of rising geopolitical tensions between the West and China.

Regardless of what else we see in the next three years there is likely to be a strong reflation trade. Governments don’t have a choice. There are millions of people unemployed, many popular means for generating an income have disappeared and the threat of social unrest is very real. 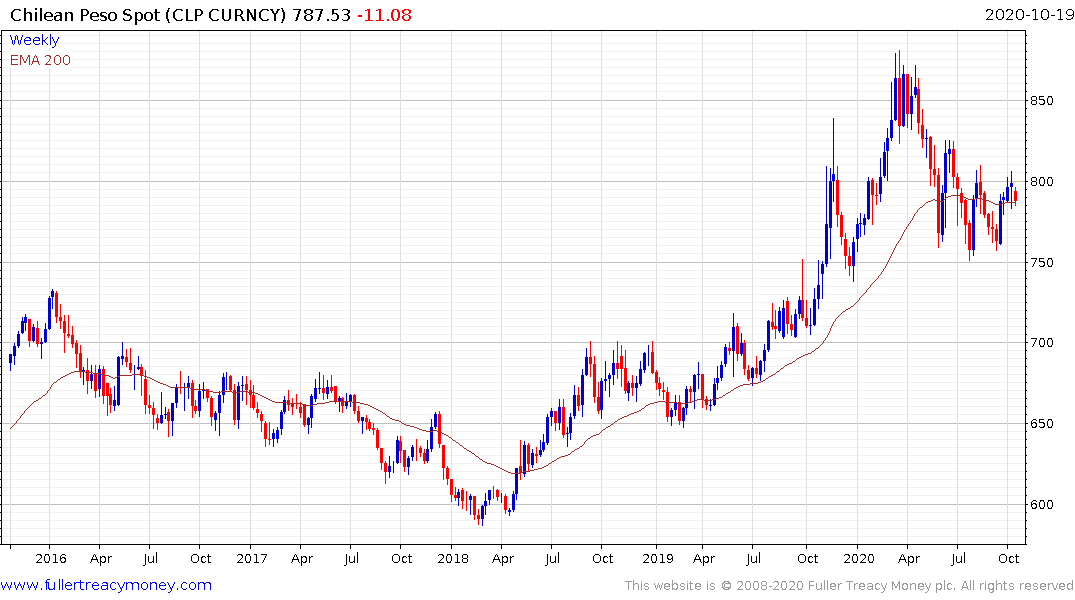 The Chilean Peso, as a major copper currency, is likely to be a significant beneficiary of both enhanced copper demand for infrastructure as well as for renewal energy ventures. 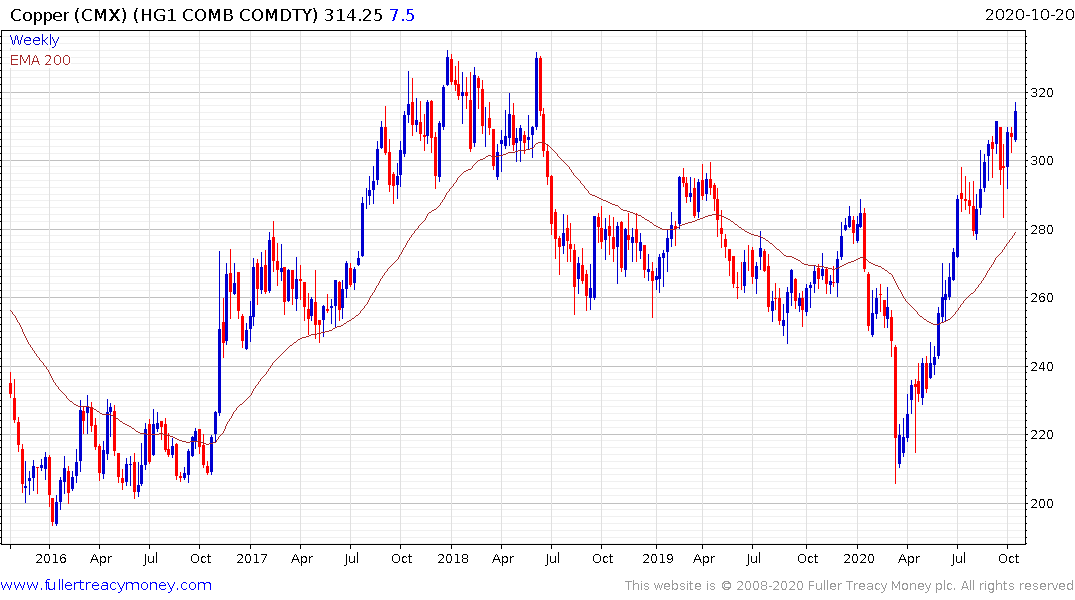 The world is a lot more leveraged today than it was 20 years ago but that also means the desire to debase currencies and engage in financial repression is even more powerful. 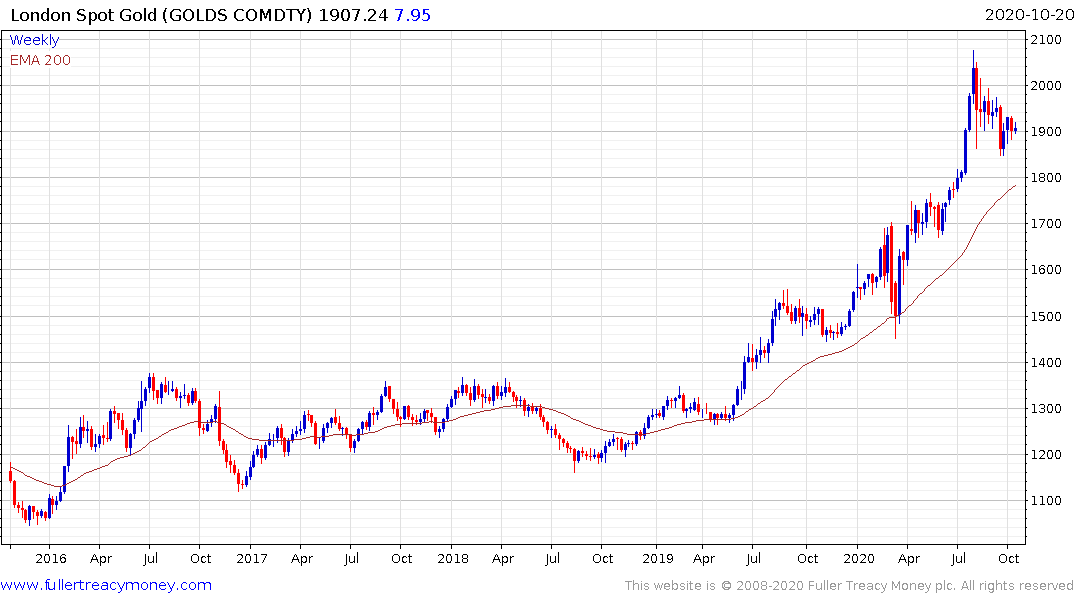 Gold and emerging markets tend to rally in tandem. Precious metals are well on their way. Emerging currencies breaking out is likely to be a catalyst for a migration away from the USA in particular.