Most of the money is likely to be raised from domestic rather than foreign investors. This means that the proceeds won’t be a fresh inflow of foreign capital but an internal transfer from Saudi households and corporates to the government. --Ziad Daoud, Chief Middle East Economist for Bloomberg Economics

So poor is the international appetite for the deal, even at the lower valuation, Saudi Aramco decided at the last minute against marketing the IPO in the U.S., Canada and Japan -- three markets traditionally seen as a must-go destination for any big Wall Street deal. Instead of the planned approach to American investors, using what lawyers and bankers know as the 144A rule of the U.S. Securities Act, Aramco decided on Sunday the tepid interest meant it wasn’t worth the trouble.

Russian and Chinese assets always appear at the top of value screens when sorting for value on a global scale. However, that ignores the geopolitical risk of investing in those areas. The same might now also be true of the Saudi Aramco IPO. The attack on Saudi Aramco’s infrastructure served to highlight how exposed it is to damage from conflict and that alone was probably enough to compress the valuation and deter interest ahead of the IPO.

The timing of the pricing for the IPO to coincide with the OPEC meeting suggests there are efforts underway to support the price of the oil ahead of the sale, potentially through a coordinated supply cut announcement. 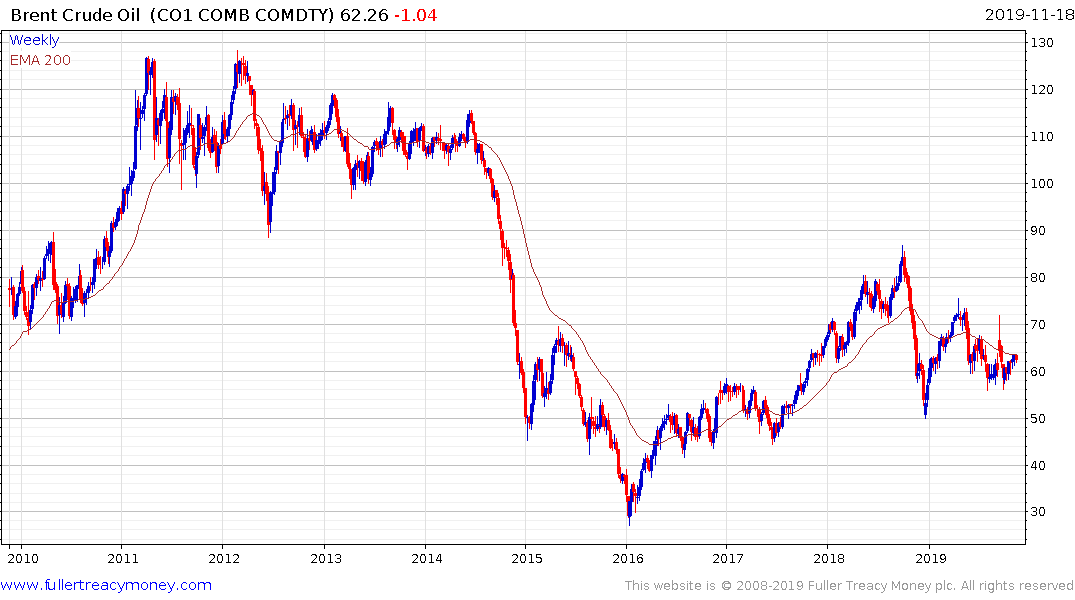 Brent Crude oil is trading around the same level as it did 12 months ago which belies how much volatility it has experienced over the intervening period. There is a clear downward bias since the December peak and a sustained move above $65 will be required to question supply dominance.